Thomas H. Hinson is recognized for his ability to promptly and successfully resolve serious injury and death claims for his clients. Mr. Hinson devotes 100% of his practice to the litigation and/or settlement of catastrophic injury and wrongful death cases.

Hinson was born in Macon, Georgia, and served as an Infantry Officer in the U.S. Army. He began his career as a felony prosecutor, but for the last 40+ years he has used that trial experience to achieve legal victories in civil damage suits for victims of medical malpractice, defective products, and serious auto/truck accidents.

Hinson has spent the vast majority of his professional life helping individuals and families who have suffered human losses caused by the negligence of others. With years of experience, he has helped families deal with the myriad of problems associated with serious injuries or the sudden loss of the family bread-winner.

Hinson has been the senior attorney in charge of the trial practice section at the law firm of Westmoreland, Patterson, Moseley & Hinson for the last 43 years and has a staff which includes a full time physician, a case manager, and several experienced legal assistants. Clients are given immediate and courteous responses to all inquiries.

Hinson has been called upon on many occasions to speak at legal seminars and to instruct in classes for attorneys who want to become proficient in jury trial techniques. He believes that aggressive and professional representation is the key to a successful law practice. Some of his recent cases have resulted in multi-million dollar recoveries.

Over his successful career, Hinson has represented hundreds of individuals and families who have been severely injured or killed through the negligent act of others. His many years of experience in the courtroom, use of the best possible experts, and thorough preparation have given his clients the ability to obtain substantial recoveries in complex malpractice cases and in cases involving catastrophic injuries and death.

Enjuris Articles Contributed by this Attorney

Injuries and Illnesses from Hazardous Chemicals in the Workplace

Exposure to chemicals at your job can cause serious health risks. Read our article to learn more about workers’ compensation benefits for chemical exposure. 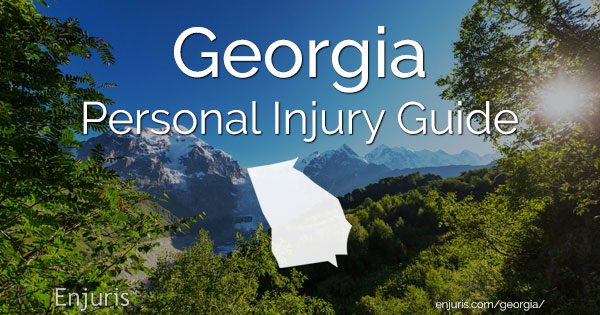 Georgia Hit and Run Accidents: Liability for Drivers Who Flee the Scene

Find awesome listings near you!