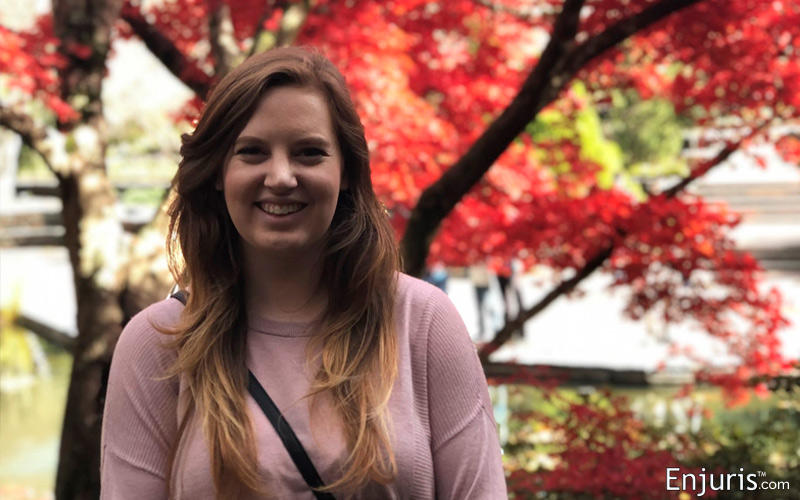 Today we welcome Rachel Lesler, a writer, editor and educator who lives in East Tennessee. She tells her experience after being involved in a hit-and-run car accident, as well as navigating the post-accident process. Thanks for sharing your story, Rachel!

Unfortunately, sometimes there’s no one to blame for a car accident.

I have someone I want to blame: the Tinder date I was meeting that night who ghosted me later (rude).

And then there’s the person who actually was responsible: the driver who side-swiped me twice before speeding off (also rude).

It was about 7:30 p.m. on a Thursday evening. It was already dark out, and also raining pretty heavily — as it had been all week.

I was driving on a dangerous part of the interstate (even in the best conditions). The road winds around a mountain at a steep incline. It’s also an interstate heavily trafficked by 18-wheelers, so you have to be careful.

Just as I was approaching this section of the road, suddenly I felt my car being jerked to the right.

Another vehicle hit me.

Then, it hit me again.

As I regained control of my vehicle, I caught just a flash of white as the other driver sped off into the night.

Instinct kicked in and I pulled off to the side of the road.

But once I did, I realized it was too dangerous to sit there in the dark and wait for a police officer. As far as I could tell, my car was drivable and I was uninjured. My destination was only a few minutes away, so I decided to keep driving and call the authorities once I arrived.

Somehow, I still thought I could make this date happen.

While I continued driving to my destination. I fought back a panic attack and tried to focus on regulating my breathing.

I’ll admit that about a year before this, I was the cause of a few minor fender benders (paint scratches only, no injuries). But those incidents made me realize that even though I’m a competent driver, the unexpected can happen at any moment while driving, and it’s impossible to anticipate the consequences (a court date and a dismissed ticket, in my case).

I knew I had been lucky in those incidents, but it gave me a case of driving anxiety. I couldn’t get on the road — especially the interstate — without seeing danger everywhere.

This danger I feared had finally happened to me.

Immediately after the accident

When I finally parked my car, my first call was to my mom. I cried. A lot. She gently reminded me that I needed to call the police and then my insurance company.

Because my situation wasn’t an emergency, I didn’t call 9-1-1. Instead, I called the service center helpline for my local police.

I’m really bad at directions. Even when I’m not panicked, I have a hard time telling anyone exactly where I am — the interstate name (there are several in my area), the direction (Never Eat Shredded Wheat), or even how many lanes are on that stretch of interstate. So in my anxious state, it was difficult to describe where the incident happened.

Still, the patient helpline representative and I worked it out. The person told me that I didn’t immediately need to file a report. As soon as possible, I needed to drive to the location of the accident (or perhaps the nearest gas station) and then call for an officer to come out to file a report.

It turns out that I didn’t actually have to do that.

Since it was a hit and run, I could visit the police service center at my convenience and file a report there. I filed my police report the Tuesday after my accident.

After I hung up with the helpline, I called my auto insurance company. I explained with as much detail as I could exactly what happened. The adjustor I spoke with was very kind and compassionate, making sure I was safe before asking for the accident information. They expressed condolences and let me take my time while I struggled to recall the exact details of the event.

The adjustor told me the next steps: I just needed to file a police report and the insurance company would then retrieve the report themselves to move forward with the claim.

My next call was to my roommate.

My car was drivable, but I was in no condition to drive.

My roommate and a friend came to pick me up. My roommate drove my car back to our house, and the friend drove me. I insisted that we take backroads home and refused to travel on the interstate.

I called my mom again and cried a lot more over the course of the night. I felt embarrassed that as an adult woman with a job that I needed my mom’s help. But I had never been in an accident like this before, and I was dealing with a lot of anxiety.

I needed the support.

Recovery in the days after

The first thing I did the next day was see my doctor.

Over the first couple hours after the accident, I had developed soreness in my neck and shoulders, as well as a headache. First, I tried a walk-in emergency clinic that I’d visited before, but I was told that insurance companies didn’t work with them on car accident injuries. So I went to the emergency room.

I was pretty sure that the pain I was feeling was an aggravation of a previous shoulder injury I already had (and treated with routine chiropractic visits). The x-rays confirmed my suspicion, but nothing was broken or severely injured. I went home with some pain meds and muscle relaxers, and I mostly slept the rest of the weekend.

The next week, at my regular visit to the chiropractor, I told my doctor what had happened. They put me on a new treatment schedule.

Physically, I was starting to feel okay, but impacts like the one I experienced can have long-lasting effects due to how tense a person is after an accident. I didn’t feel pain anymore, but my neck and shoulders weren’t moving quite like they were supposed to.

I already knew that my insurance would pay for up to $5,000 in medical bills. And the chiropractor office assistants are pros at dealing with insurance, so all I had to do was fill out a few extra forms.

At least, that’s what I thought...

At first, everything moved really quickly. Then, the long wait set in.

My insurance company told me that the would retrieve the police report once it had been filed and processed, which takes about 5-7 business days.

Weeks went by. The insurance company still didn't have the police report.

Finally, after calling and calling for updates, an insurance representative told me that they rely on a third-party to retrieve police reports, and that I’d probably have better luck if I picked up the police report myself.

How frustrating! My insurance company had told one thing over and over again, and yet now I found out something else is true.

In my case, even though the accident was a hit-and-run and I had no identifying information about the other vehicle or driver, the police report was still necessary to determine that I wasn’t at fault for the accident.

My car insurance policy doesn’t explicitly cover hit and runs, but it does cover uninsured drivers — and it was my understanding that this policy would kick in for this situation once the police report determined fault.

Finally, I got the police report and emailed it to my insurance company. Within a few days, my adjustor provided me some options for local auto repair shops I could visit for an estimate.

The estimate I got was shocking.

According to the auto shop, even the my car was still drivable, it was totaled (and also only five years away from being an antique; it was very old). A few days later, the insurance company confirmed that my car was totaled.

Fortunately, I owned my car outright so I didn’t have to worry about gap coverage or existing car payments. But it was very old and not worth that much, so my options were to take a $2,000 payout from my insurance company (if I signed my car over to them) or buy my car back and take a lower payment.

Neither were good options.

The car wasn’t worth the repairs (it had other expensive mechanical issues), but two grand doesn’t go very far when it comes to cars these days.

Thankfully, I got lucky again. I learned that a co-worker was selling her car in good condition in my price range.

Overall, I consider myself extremely lucky and fortunate throughout the whole debacle. Being in a hit and run car accident is terrible no matter what, but I was relatively unharmed and my car was still drivable, even with all the dents and being totaled.

The insurance process was incredibly slow and frustrating to deal with, but in the end it worked out. Now, I’m driving a new-to-me car and I’m always extra careful when driving.

But even though I was lucky, the accident still caused me a lot of immediate and ongoing anxiety, stress and frustration. I had to drive a wrecked car for over a month while I waited for insurance money.

Over a month later, I still see my chiropractor three times a week as we work to restore my shoulder to its full range of movement.

Thankfully it’s all resolved now, but it’s something I hope to never experience again. 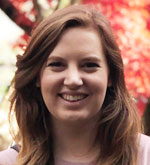 Rachel Lesler is a writer, editor, and educator who is passionate about her cat, avocados, and politics. She works primarily as a writing tutor with first-generation, minority, and low-income college students in East Tennessee and North Georgia.