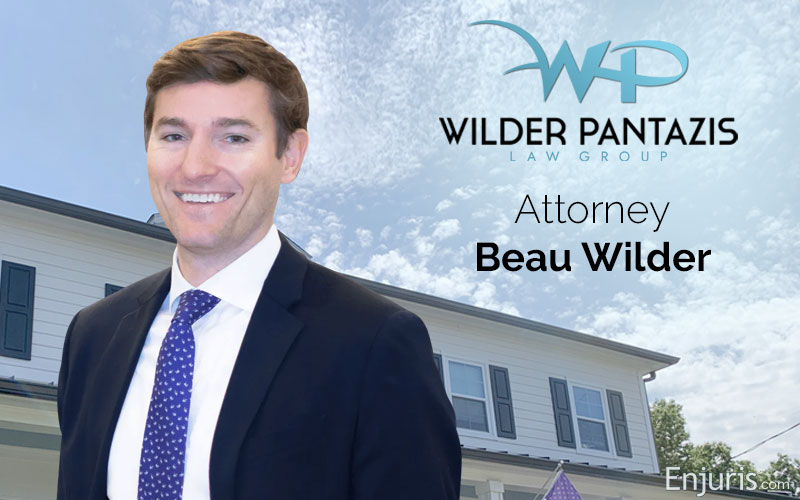 Beau Wilder  believes that most people select a career because they want to help people — but every person goes about it in their own way based on their skills and strengths. Beau’s strength was using logical and concise arguments as persuasive communication, and seeing this aptitude in himself was what gave him the idea to become a lawyer.

Even so, Beau’s law school experience wasn’t free from doubt. He saw his college friends graduate, begin interesting careers, and start to purchase their first homes. As a law student, he was going further into debt and living as a student when many of his friends were past that stage. Still, he was enjoying learning the trade and committing to the practice of law.

As he put it, “It makes success more gratifying if you’ve had to struggle.”

On the first day of law school, a professor said, “Half of you will be in the bottom half of the class.” Beau was intimidated because everyone in law school wanted to be there as badly as he did and everyone was his competition. “I knew right then that I was going to have to achieve a new level of diligence to have success in that group,” he admitted.

Yet, Charlotte-born Beau Wilder graduated from the University of South Carolina School of Law after having served as a member of the school’s Law Review.

After graduation, he was a law clerk for Federal Court Judge Graham C. Mullen in Charlotte. During that time, Beau gained firsthand experience handling federal litigation and an understanding of how cases are viewed by the judges and courts.

Since then, his career has taken him through criminal defense, family law, and personal injury law, where he’s litigated cases with jury trials, motion hearings, and settlement negotiations.

Table of Contents + show
Today: Beau Wilder’s practice of law
A typical day in the life of Beau Wilder
What he’s learned from legal practice (and what he wants clients to know)
Beau’s life outside of work

Nowadays, Beau spends his days advocating for people who’ve been injured in car accidents, workplace accidents, and other types of personal injuries.

In other words, he’s a plaintiffs’ lawyer.

His most rewarding case involved civil rights for a plaintiff whose newborn daughter died in a South Carolina prison toilet. The plaintiff was awarded more than $1 million from the state Department of Corrections and 2 medical contractors. Her claim alleged that the Department of Corrections ignored her after she expressed her medical needs when she went into labor at 26 weeks pregnant and her baby was born without medical assistance.

A typical day in the life of Beau Wilder

Beau is an early riser, so he’s usually up at 6:30 am. He starts his day by feeding and walking his dog. By 7:30 am, he’s at work — sending emails, making phone calls, and getting ready for the rest of his day. If he doesn’t have court, depositions, or mediations, he’s drafting demands or pleadings.

Beau’s job can be grueling.

In fact, the hardest part is the stress and emotional fatigue. He acknowledges that it’s hard to spend every day working with people who’ve been seriously injured, especially because back and neck injuries can create some of the worst nerve pain imaginable. When people are in that type of pain, they’re understandably upset and can sometimes be volatile. In addition, many of his clients are also facing major financial hurdles because they can’t work.

Spine injuries are of particular interest to Beau. These are complicated injuries, and medical treatments continue to evolve. He’s proud of how much he’s learned and continues to learn about this area of medical practice.

Beau carries the weight of his clients’ burdens on his shoulders, and that can be exhausting and emotionally difficult. But he also gets the greatest rewards from achieving compensation and justice for individuals and their family members who need it the most.

He takes his role as an advocate seriously. He became a lawyer in order to help people, and he’s always motivated to win for his clients.

First, Beau cautions new attorneys to avoid depending solely on their boss or law firm to build a career and reputation. His advice is to socialize and network with attorneys in a variety of practice areas, talk to everyone you meet about what you do, and find your own cases — don’t wait for them to be handed to you. Become a specialist in your practice area.

He also says that it’s a misconception that most personal injury attorneys file frivolous claims. Rather, he says that in his practice, that couldn’t be farther from the truth. Insurance defense companies are good at defending strong cases with serious injuries, and insurance companies routinely deny that their clients’ negligence caused a plaintiff’s injuries.

As Beau puts it, “I don’t know any lawyers who would file a frivolous case; our practice is challenging enough with real claims.”

His advice to clients

Beau believes there are 2 important things to look for as you establish a relationship with an attorney:

Enjuris tip: Injured at work? You can search the North Carolina Industrial Commission database to see what cases workers’ compensation attorneys have won or lost.

As the client, you have a responsibility, too.

Beau says that 2-way communication is essential. In order for him to effectively handle your claim, you need to tell him everything about it — both the good and the bad.

Beau’s life outside of work

When Beau’s not in court or at his desk or on the phone, he spends time with his wife and family. His next love: bass fishing. He’s had amazing experiences and he loves Lake Jocassee at Devils Fork State Park in South Carolina.

If he weren’t practicing law, he says he’d be a tournament bass fisherman. He loves all of it… from fishing and piecing together how to pattern the fish to the competitive aspects of the sport.

Fun fact: When asked if he has a favorite fictional lawyer from a book or movie, he quickly referenced Vinny Gambini (played by Joe Pesci) from the movie My Cousin Vinny. He says Vinny isn’t the most polished lawyer, but his arguments were successful because they were short and sweet (and, he says they watched clips from the movie in his law school Evidence class).

If you’ve had a significant injury in North or South Carolina and need legal help, Beau Wilder is experienced, compassionate, and ready to handle your case. He works alongside his father, Rob Wilder, and other skilled attorneys at the Wilder Pantazis Law Group . 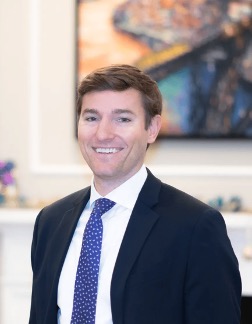 The Wilder Pantazis Law Group is a team of skilled attorneys specializing in catastrophic personal injuries including car and truck accidents, workers’ compensation cases, and other severe personal injuries in North and South Carolina. View the firm’s Enjuris profile and visit their website today.