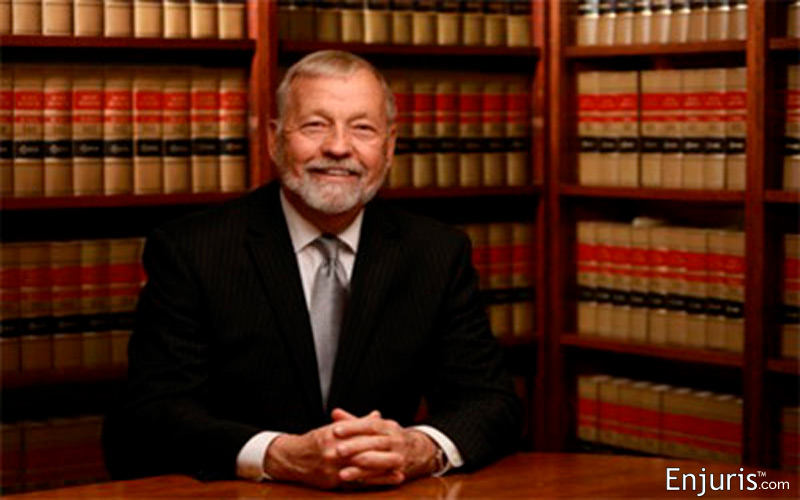 Enjuris sits down with award-winning Arizona workers’ compensation attorney Robert Wisniewski to talk about common misconceptions, what he’d like clients to know, and his organization that provides scholarships to the children of injured workers

With more than 40 years of experience litigating workers’ compensation cases, Arizona attorney Robert Wisniewski understands that nothing comes easily. As he recently told Enjuris when we sat down to interview him:

“The biggest misconception about workers’ comp law is that the insurance company will take care of you.”

Robert understands it can be difficult for people to choose the seemingly longer, harder route when life throws a curveball. In the formative stages of his career, he took a risk by leaving a successful law firm, which led to going out on his own and establishing his practice.

Armed with this personal knowledge and experience, Robert encourages injured workers to look for an attorney with expertise in the field of workers’ compensation.

“Finding someone who is a certified specialist or who has advanced expertise, and who is not afraid to litigate a case is important. Also, in our area, people look for a bilingual attorney. It’s important to keep in mind that not all bilingual attorneys are workers’ comp experts. Lastly, look for an attorney who will help to set expectations that are in line with reality.”

He’s an Arizona Workers’ Compensation Certified Specialist—a certification awarded by the Arizona State Bar to attorneys who meet the highest standards in the field. He’s also an active member of the Arizona Trial Lawyers Association and has successfully litigated more than 11,000 workers’ compensation hearings, including a number of seminal cases.

With years of experience and accolades at his back, Robert likes to hit the ground running when taking on a new case.

“I wish clients understood how important it is to bring all the papers and medical records they have to the first appointment,” he said. “Often, they’ll leave them at home and this causes our meeting to be less productive. We need the documents at the first meeting so we can better understand the case and give the best advice we can.”

Robert personally interviews each client and litigates each case himself. This is somewhat rare in today’s legal world where associates (and sometimes even paralegals) are tasked with conducting client interviews.

But Robert is the sort of guy who wants to get to know his clients.

He muses that if he wasn’t a lawyer, he’d still like to talk to people. “I’d be a talk show host on TV. I like to interview people.”

“The most rewarding part of my job is when I get benefits for people.”

When asked what the hardest part of his job is, Robert responded by saying it’s diffusing improper expectations. “What clients look for initially usually isn’t accurate,” he said.

Active and involved in his community

Robert was formerly an officer for 4 years in the United States Air Force and a JAG officer for 18 years. He still stays active in his free time. He has 7 young grandchildren and he likes to run, practice yoga, practice pilates, and travel.

Robert has also been involved in Kids Chance of Arizona for over 20 years, and currently serves as an active board member. Kids Chance provides educational scholarships to injured workers and catastrophically deceased workers' children so they can mitigate the damage of having an injured or deceased parent who can’t support them during their educational pursuits after high school.

“One of the Kids Chance events I enjoy most is the annual 5K run. As an avid outdoor runner, I like to support the run by introducing hundreds of people to the organization’s awesome mission. I’ve been involved with the 5K since its inception.”