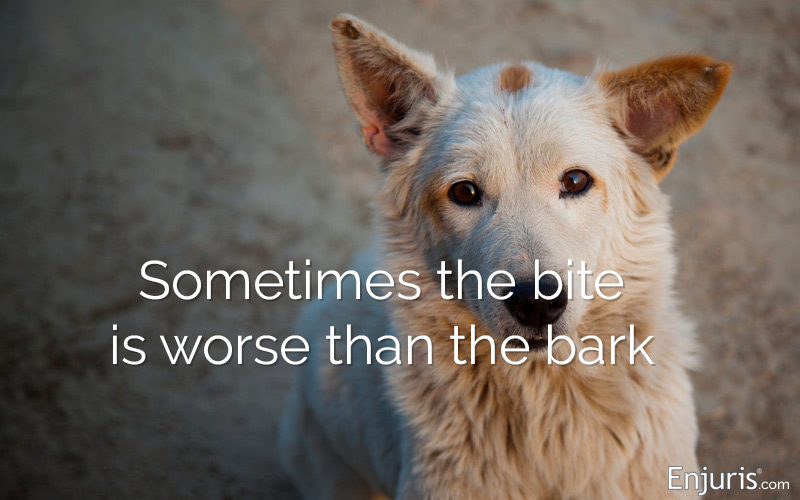 Americans love their dogs. According to the most recent estimates, there are 89.7 million dogs owned in the United States.

Unfortunately, dogs, though domesticated, are still animals. According to the Centers for Disease Control and Prevention (CDC), more than 4.5 million people are bitten by a dog every year. What’s more, roughly 1 in 5 people bitten require medical attention.

All states have laws—whether statutes, common law, or city and county ordinances—that address when a pet owner can be found liable for a dog bite. These laws generally fall into 1 of 2 categories.

In the vast majority of states, dog bite laws are either strict liability laws or one-bite laws.

There are a small handful of states, such as New York, that are referred to as “mixed dog bite states” because they combine elements of strict liability laws and one-bite laws.

Strict liability means that a defendant is liable if a certain event occurs even if the defendant couldn’t prevent or predict the event.

In states with strict liability dog bite laws, including Arizona and Montana, a dog owner is liable for the injuries caused by their dog if the injured person can prove that their injury was caused by the dog bite.

In a strict liability state, it doesn’t matter that the dog never bit anyone before or that the dog was on a leash. If the dog bit someone, the owner is liable.

Other states have one-bite laws (sometimes called “one-free-bite laws”). These states protect owners from liability for a dog bite if the dog hadn’t shown violent tendencies up to that point.

To put it another way, an injured person in a one-bite law state needs to prove that:

Enjuris tip: Wondering if your state follows strict liability or one-bite laws when it comes to dog bites? Check out our article here.

Dog bites can cause severe injuries, including:

Less known is the fact that even minor dog bites can cause serious infections.

According to the CDC, 18% of dog bites become infected with bacteria.  Tweet this

Dog bites can cause the following diseases:

Enjuris tip: Learn more about the types of damages you may be able to recover in a personal injury lawsuit.

Keep in mind that many homeowners’ insurance policies provide coverage for dog bites, which increases your chances of recovery in the event that the owner doesn’t have any money.

The available defenses to a dog bite claim differ depending on the state. But, in general, there are 2 primary defenses available:

First, in both strict liability and one-bite states, the owner generally won’t be liable if they can prove that the injured person provoked their dog. Most states don’t have a clear definition of what constitutes “provocation,” but most agree that it’s not necessary that the dog is provoked directly. For example, physically attacking the dog’s owner while the dog is nearby could constitute “provocation” sufficient for the owner to avoid liability.

Second, the owner may not be liable if the injured person was bitten while unlawfully on the owner’s property. However, in some states, the owner has a duty to warn trespassers that a dog is on the property by, for example, posting warning signs.

It’s possible for a dog to injure a person without biting them. A dog may, for example, jump on a small child or an elderly person and knock them down.

In general, a person who’s injured by a dog can file a lawsuit based on negligence, as opposed to relying on the state’s dog bite law. Under a negligence claim, the injured person would have to show that the dog’s owner failed to use reasonable care to control their dog and this failure resulted in the injury. As you might imagine, negligence claims typically involve off-leash dogs.

When a lawsuit isn’t enough

We’ve already established that an injured person can recover damages if they’re bitten by a dog. But what if that’s not enough to prevent the dog from injuring someone else?

Many states have passed laws that give individual counties the authority to pass ordinances addressing how they control vicious dogs.

For example, in Cascade County, Montana, a dog may be put to death by animal control following a hearing if the dog has bitten people on 3 separate occasions (or if any 1 dog bite was particularly violent).

If you’ve been injured in a dog accident, schedule an appointment with an experienced personal injury attorney (most initial consultations are free). If you’re not sure how to find an attorney, you can use our free online directory.

Have you ever been bitten by a dog, or did your dog bite someone? Share your story below.