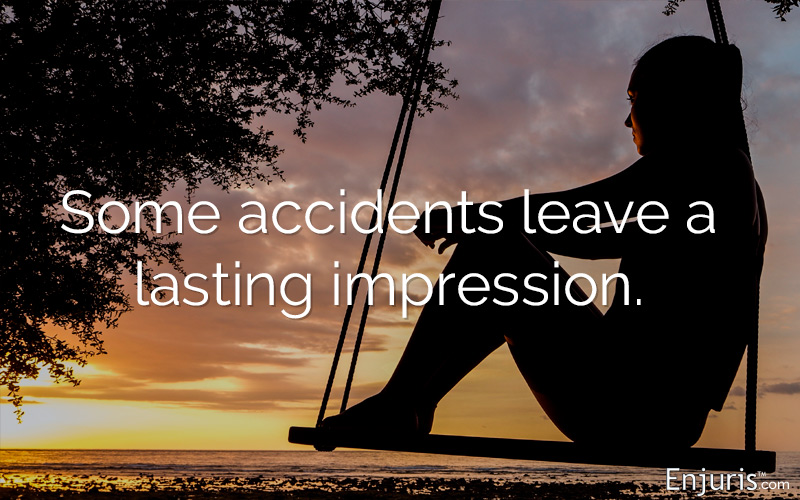 People involved in serious accidents have been known to develop PTSD. In these cases, a personal injury lawsuit or workers’ compensation claim might be appropriate.

If you’re injured as a result of someone else’s negligence, you can recover medical expenses and lost wages. In addition, you can receive compensation for your pain and suffering. Sometimes, the mental anguish you suffer as a result of the conduct is so severe that it rises to the level of a post-traumatic stress disorder (PTSD).

PTSD is a psychiatric disorder that can occur in people who have experienced a particularly traumatic event. Symptoms may include flashbacks, nightmares, and severe anxiety.

Let’s take a closer look at how PTSD impacts a personal injury claim in Arizona.

An estimated 70% of people have experienced a traumatic event at least 1 time in their lives and up to 20% of these people develop PTSD.

Other alarming facts about PTSD include:

Symptoms and diagnosis of PTSD

According to the American Psychiatric Association, symptoms of PTSD fall into 4 categories. The specific symptoms in each category can vary in severity.

It’s common for victims to experience some or all of the above symptoms in the days following an accident. However, to be diagnosed with PTSD, symptoms must persist for more than a month and generally persist for several months and sometimes years.

In addition, for people to be diagnosed with PTSD, the symptoms must cause significant distress or affect daily functioning.

Can I sue for this type of injury?

If you’ve suffered PTSD as a result of an accident or injury, you may be able to get compensation for the disorder as part of a personal injury lawsuit or an injury-related insurance claim in Arizona.

Negligence lawsuits based on PTSD

If you’ve suffered PTSD as a result of an accident caused by another person or entity’s carelessness, you may be able to recover damages by filing a negligence lawsuit.

Enjuris tip: Picking the right personal injury attorney for your case can be tricky. Get tips here.

In Arizona, you must prove 3 elements to establish negligence:

Negligence cases that involve PTSD may include:

Workers’ compensation claims based on PTSD

If you suffered PTSD as a result of a workplace accident, you may be able to file a workers’ compensation claim.

Generally, mental illnesses aren’t covered by workers’ compensation insurance. However, in Arizona, PTSD is covered so long as the victim can show that “some unexpected, unusual or extraordinary stress related to the employment” caused the PTSD. For example, first responders who suffer PTSD may qualify for workers’ compensation.

The reality is that receiving workers’ compensation benefits for PTSD is an uphill battle. Insurance companies are often skeptical of mental illness claims — in part, because these injuries cannot be “observed” like a broken bone or lost limb.

To successfully recover the compensation you deserve, it’s important to find an experienced workers’ compensation attorney as soon as possible so that you and your attorney can start gathering evidence and preparing your claim.

In a personal injury lawsuit based on PTSD, you’re entitled to compensation from the person or entity legally responsible for your injuries. The legal term for this compensation is “damages.”

In Arizona, there are three basic types of damages available in a personal injury lawsuit based on PTSD:

Let’s take a closer look at each of these.

Economic damages are intended to compensate you for the monetary losses associated with your PTSD. These losses might include:

Non-economic damages are designed to compensate you for the non-monetary consequences of your injury. For example, the subjective pain and suffering that you experience as a result of your injury. General damages vary from case to case, but common examples include:

Enjuris tip: Use our Post-Accident Journal to help document the impact of your injury on your daily life. Also, use our Damages/Expenses Worksheet to keep track of the medical costs associated with your injury.

Notably, punitive damages are NOT available in an Arizona workers’ compensation claim.

What if I’m partially at fault?

PTSD can significantly impact your day-to-day life. Additional support is available in Arizona and we encourage you to contact these organization to help you on your long road to recovery.

In addition, we encourage you to consult a personal injury or workers’ compensation attorney near you if you have questions about your legal options and right to compensation.