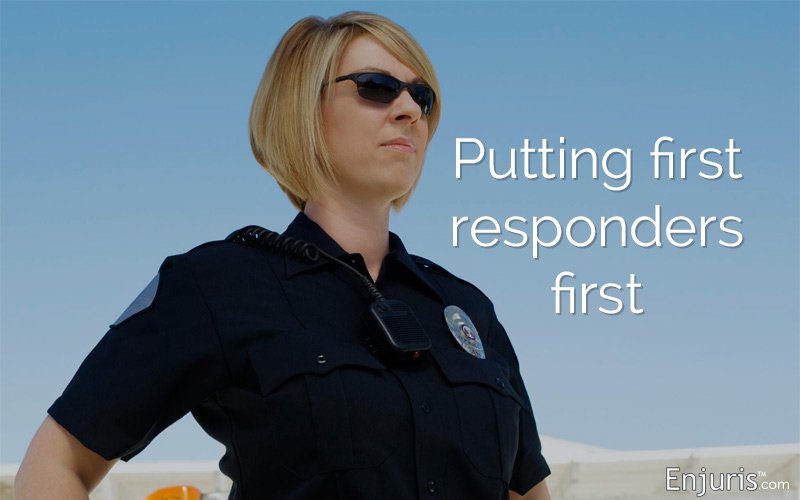 Most people in the workforce experience stress in their own way. But for first responders, the stressors go beyond strict deadlines, ungrateful bosses, and annoying co-workers.

First responders are exposed to traumatic events every day during the course of their jobs. As a result, mental health issues are more common among first responders than individuals in most other professions.

Nearly 1 in 4 police officers have thought about commiting suicide at some point in their life.  Tweet this

In an effort to help first responders, Arizona passed the Officer Craig Tiger Act (the “Act”) in 2018. Let’s take a closer look at the Act.

The Act is named after Officer Craig Tiger. In 2012, Craig was forced to use deadly force on a man who assaulted Craig, his partner, and members of the general public in a Phoenix park.

Two years after the incident, Craig committed suicide. His death is believed to be the result of undiagnosed and untreated PTSD.

Following Craig’s death, the Arizona Police Association (APA) and the Professional Fire Fighters of Arizona worked together to introduce the bill that would become the Officer Craig Tiger Act.

As the APA explained:

“It is our hope that this bill will prevent the tragic loss of other police and firefighters due to the ravages of PTSD.”

Who’s covered by the Act?

The Act applies to peace officers and firefighters who are exposed to any one of the following events during the course of their employment:

What does the Act mean for first responders and their employers?

The Act requires that employers provide first responders with 36 licensed counseling visits per incident (paid by the employer) from a licensed mental health professional of the first responder’s choosing.

The Act does not prohibit a first responder from filing a workers’ compensation claim.

What does the Act require of the state?

One of the goals of the Act is to learn more about the mental health issues facing first responders. Because of this, the Act requires the state of Arizona to keep certain statistics concerning PTSD claims from first responders.

These statistics must be submitted annually to a host of individuals, including the governor, the president of the senate, the speaker of the house of representatives, and the chairperson of the senate health and human services committee.

If you’re a first responder experiencing a mental health issue as a result of an on-the-job experience, consider using our free attorney directory to get in touch with an attorney and learn more about your rights under the Act.