There are, however, certain situations in which an injured worker in Alabama may file a workers’ compensation claim and a personal injury lawsuit.

Let’s take a closer look at how one such situation played out following a fatal accident at a Helena manufacturing plant.

On August 16, 2017, Catalina Estillado, an employee of ABC Polymer Industries, became entangled in the spinning rollers. She was killed almost instantly.

Following an Occupational Health and Safety Administration (OSHA) investigation, the company was cited for several serious violations, including the failure to utilize a machine guard (sometimes called an “interlock device”) that stops the rollers from spinning if the guard is lifted.

Almost five years later, on August 18, 2022, the U.S. Department of Justice (DOJ) and the U.S. Attorney’s Office for the Northern District of Alabama filed criminal charges against ABC Polymer Industries.

The DOJ explained in an official release that the company failed to use machine guards despite receiving notice about previous accidents.

“Despite knowing of numerous prior worker injuries from using that machine without the safety guard engaged, ABC Polymer assigned the victim to cut tangles out of plastic sheeting from among the machine’s unguarded spinning rollers with a hand tool. The worker became entangled in the spinning rollers and was killed.”

The willful failure to follow an OSHA safety standard is a Class B Misdemeanor. If convicted, ABC Polymer Industries faces a fine of up to $500,000 and will also be liable for restitution to the victim.

In addition to filing a workers’ compensation claim, Crescencio filed a wrongful death lawsuit against ABC Polymer Industries and two employees, Vice President of Operations Dean Leader and Director of Operations Will Durrall.

The exclusive remedy provision applies to almost all cases in which a worker suffers an injury at work. However, there are a couple of notable exceptions:

Crescencio took advantage of the first exception. He argued that his wife’s death was the result of willful conduct on the part of Dean Leader and Will Durrall.

It’s important to keep in mind that even if you meet one of the two exceptions above, you’re not permitted to be compensated twice for the same loss. For example, if your workers’ compensation claim covers your medical expenses, you can’t file a personal injury lawsuit and recover those same medical expenses.

There are, however, damages that workers’ compensation claims do not cover, including pain and suffering and punitive damages.

If you have questions about your legal options following a workplace injury, it’s a good idea to talk to an experienced Alabama workers’ compensation attorney. Initial consultations at Nomberg Law Firm are free.

About the Nomberg Law Firm 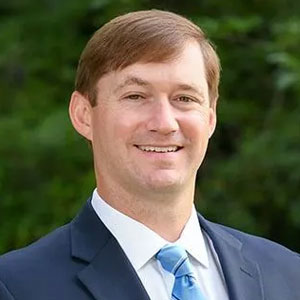 With a focus on personal injury, workers’ compensation and wrongful death claims, the lawyers at the Nomberg Law Firm have more than 150 years of combined experience helping injury victims and their families navigate the legal system. Visit the firm’s Enjuris profile and website to get in touch.