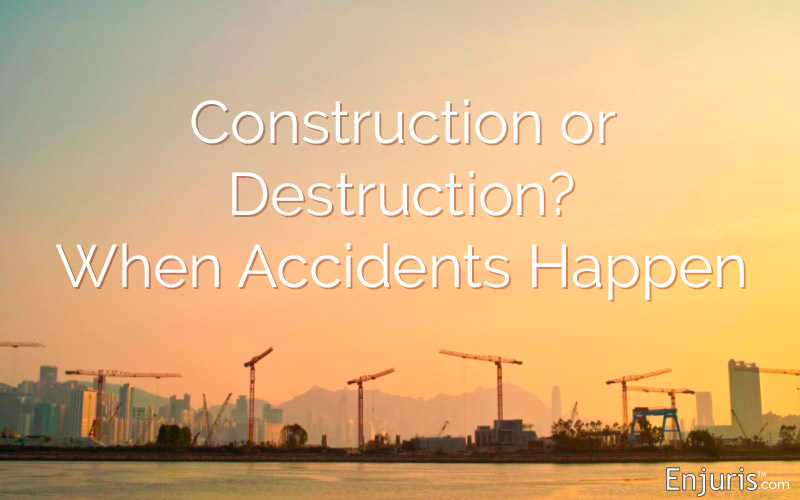 Table of Contents + show
Remedies under the law for construction injuries in addition to workers’ comp
Federal regulations and OSHA
The workers’ compensation system in Colorado
Third party claims
Wrongful death suits in Colorado construction
Construction sites are notorious for causing injuries and sometimes even death. Because of this, laborers need to know the types of remedies they have for workplace injuries.

Getting hurt at work is like adding insult to injury.

When you’re working on a construction site, any number of things can go wrong. Colorado has a variety of different industries for which it is famous: mining, agriculture and manufacturing. These are magnets for industrial injuries that can range from mild to catastrophic.

After experiencing a construction site injury, you may not be sure how to proceed or what’s appropriate. You might not even know what kind of lawsuit to pursue. Here is a primer for what kind of legal remedies exist for construction and industrial injuries, and how you can potentially recover damages.

OSHA, or the Occupational Safety and Health Administration, oversees construction sites and the workers therein. They draft and enact regulations intended to protect workers, but injuries and deaths still occur. These are the most common injuries that occur on construction job sites:

When construction workers are injured at a job site, OSHA will investigate the circumstances to see if the employer was cutting corners or using shoddy practices.

Many workers believe that this puts OSHA squarely on their side, but it actually doesn’t. OSHA operates independently and keeps in mind that the employee might also have been contributed to his or her own injury.

The workers’ compensation system in Colorado

If a worker is hurt while on the job and isn’t employed as an independent contractor, his claim will most likely be funneled through the workers’ compensation system. Colorado created a “comparative fault” insurance system that assists employees injured in the scope of their employment; therefore, it doesn’t matter who or what injured the worker – he’s still covered by insurance.

In Colorado, workers’ compensation benefits may be reduced by up to 50% if it’s discovered that the worker’s injury was caused by a known violation of a safety regulation. This could include drinking on the job or taking drugs, and something like this would need to be argued in front of a judge.

Enjuris tip: In Colorado, workers’ compensation benefits may be reduced by up to 50% if it’s discovered that the worker’s injury was caused by their own violation of a known safety regulation.

Workers who are injured during the course of their employment are able to pursue lost wages, medical bills, and partial or total disability benefits.

However, the worker can’t sue his employer, supervisor or co-workers unless there was an intentional injury by any of those individuals. Furthermore, the benefits mentioned above don’t compensate for things like pain and suffering or vocational rehabilitation.

That construction worker could try suing an independent third party for the injuries he sustained, even if workers’ compensation benefits have already been paid.

This can get complicated because he could potentially be in both the workers’ compensation system and pursuing a claim outside of it as well. The separate case could take the form of a personal injury negligence suit, which would be a traditional case:

An independent third party could also be sued for product liability, if there were a defective piece of machinery that caused the worker harm. For instance, if he were trying to fix a machine that had a power surge and turned on when it wasn’t supposed to, thus amputating his arm, that would most certainly be a defective product.

If the worst should happen to a construction worker on the job, his or her family can elect to bring a wrongful death suit against the employer.

Colorado has a specific hierarchy and time frame in which wrongful death suits may be filed. They must be brought within two years of the time of death. Only the surviving spouse may file within the first year after the death occurs. This restriction is lifted during the second year, allowing surviving children to file as well.

Enjuris tip: Colorado has a two-year statute of limitations for wrongful death suits. Only the surviving spouse can following during the first year after the death occurs. This restriction is lifted during the second year, allowing surviving children to file as well.

In situations where the decedent leaves no surviving spouse or children, the decedent’s parents may file a wrongful death lawsuit at any time during the two-year period.

Damages for wrongful death may include the value of lost wages that the decedent might have earned; the value of other benefits lost as a result of death (for example, life insurance or retirement benefits); the loss of love, affection, guidance, companionship and assistance of the decedent; and sometimes, the family members can attempt to seek punitive damages to punish the defendant.

Sorting out which claim to file and what to pursue can be difficult. Speaking with an attorney who is educated in all of these areas would be a wise choice. Consider talking with an Enjuris listed Colorado law firm.