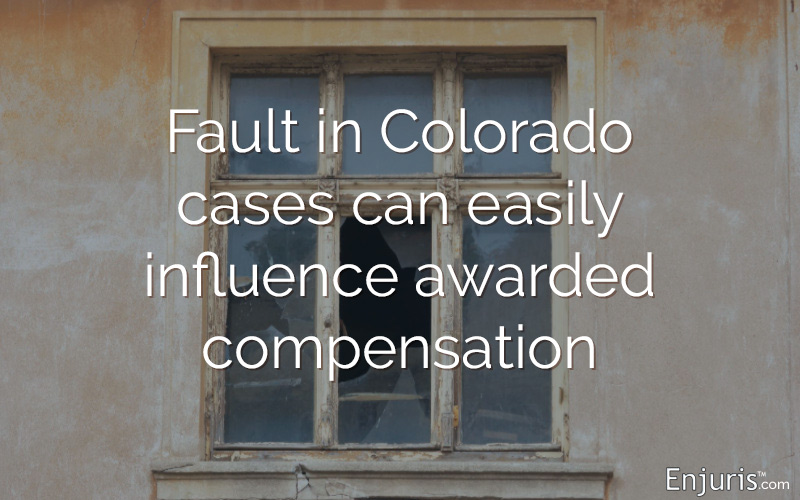 Determining fault, insurance requirements, and how to settle a claim

The factor that is most determinative in predicting whether a personal injury victim will be able to recover is whether fault can be shown.

Colorado law allows personal injury victims the right to pursue compensation for the losses that they sustain when someone else is legally responsible for them.

In some states, lawmakers have tried to cut down on the number of lawsuits by instituting a no-fault insurance regime. In these states, each driver would pursue compensation for medical expenses and lost wages under his or her own insurance policy regardless of which driver was at fault. The rationale behind this system was that there would be fewer lawsuits since there would not be a need to point blame on the other party at all.

Colorado had a no-fault system until 2003 when it adopted a fault system. Insured drivers have three basic options when they get in an accident:

Enjuris tip: Sometimes, it’s not clear as to which driver was at fault in the accident. Read further to learn more about how fault is proven in an auto accident.

Under Colorado law, each driver must maintain a minimum amount of insurance coverage, including the following:

It is not required for drivers to purchase uninsured or underinsured motorist coverage; however, this coverage provides for a person's own expenses in the event that the at-fault driver has no insurance or has inadequate coverage. Colorado drivers can choose to purchase this insurance if they wish.

The amount of compensation that a person receives for a personal injury is based on the amount of damages that he or she alleges and can prove with evidence. Damages include all economic and non-economic losses suffered by the victim, including the following:

In many cases, the person who is believed to be at fault turns around and tries to blame the other person for the accident. Even if he or she accepts some responsibility, he or she may claim that the other party's actions helped lead to the accident.

Colorado uses a comparative negligence model when the injured driver's own negligence contributed to the accident. Colorado law allows a victim to recover some of the damages that he or she sustained even if he or she was partially at fault.

Colorado’s comparative negligence allows compensation to be collected based on one’s degree of fault.
Tweet this

The previous rule was that if the victim contributed to any degree to the injuries that he or she sustained, there would be a total bar from recovery. This was known as pure comparative fault. However, Colorado has since rejected this harsh rule in favor a modified comparative fault system.

According to this new model, a victim is able to recover for some of the damage that he or she sustained as long as he or she is not at least equally responsible for the accident. For example, if the victim is hurt in an automotive accident with $500,000 of damages and he or she is found to be ten percent at fault, he or she can still recover compensation. However, the amount of damages would be reduced by the plaintiff's apportioned amount of fault, in this case ten percent. Therefore, the plaintiff could still recover $450,000. 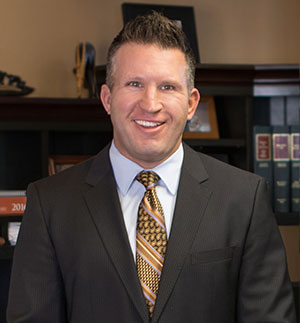 “When an accident occurs, drivers often start pointing fingers. Deciding who is to blame in many situations, however, can be a difficult task. This is where comparative fault (or comparative negligence) comes into play.”

There are a number of ways that a personal injury victim may be able to establish the defendant's fault in the accident. Fault is not usually based on the other driver's intent to cause harm. Instead, it may be based on careless behavior on the part of the other driver, such as speeding, texting while driving, violating a traffic rule, or otherwise not acting with the ordinary care another person would have exhibited.

The vast majority of lawsuits do not end in a trial. Instead, they are settled outside of court.

Enjuris tip: Deciding whether to settle or head to court with your claim can be difficult. Read more about your options in this article.

If the victim decides to proceed with trial, he or she bears the burden of proving that the other driver was at fault for the accident and that his or her own fault did not equal 50 percent or more of the liability assigned to the accident.