Accident Help (Home) » Injury Blog » What Is the Best Way to Handle Another Person's Insurance Company After a Car Accident? 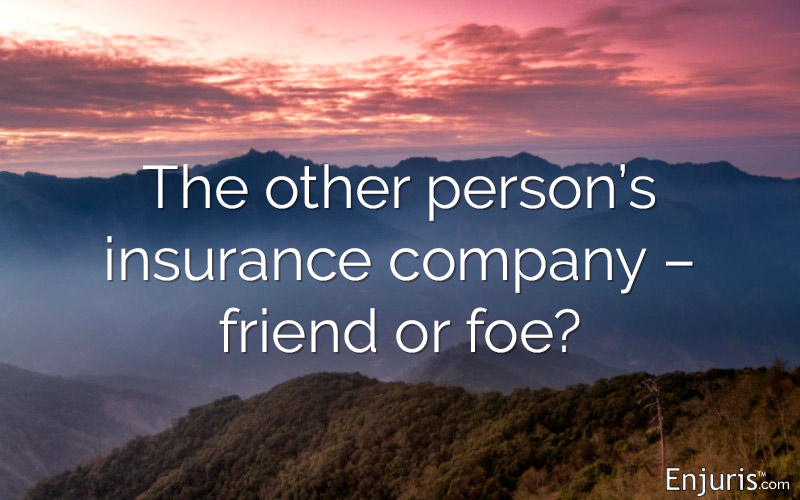 I was in an automobile accident and my car was totaled. It was the other driver’s fault. How should I deal with their insurance company?

The best way to deal with the other insurance carrier in most serious car accidents is to consult with a personal injury attorney. He or she will deal with them.

Why should you do that?

The other driver’s insurance company isn’t looking out for you. (See how to tell when you need a lawyer.)

The other insurance company isn’t your friend

This boils down to the following: to reduce claims they pay, the insurance company must deny claims made.

The insurance adjuster knows that. You’re on their home field and it’s their rules. They will use their superior knowledge of the insurance claims game against you.

Why it’s risky to talk to other insurance companies

Look, there is no legal requirement for you to cooperate or talk to the other insurance company.

But this will rarely or ever stop that insurance company from trying to contact you. If they do, it’s a good idea to not take the call and to talk to an attorney.

When you do speak to anyone about the accident, note the details of your conversation in your post-accident journal (link opens printable PDF form).

They will want to record you

If you talk to the other driver’s insurance company, the adjuster will probably want a recorded statement. The adjuster will chat you up in a very friendly way, and say something like:

‘We can really speed up the claims process if you provide a recorded statement.’

Enjuris tip: If you do talk to the other driver’s insurance adjuster and they want to record the conversation, do not do so! You definitely should talk to a personal injury attorney.

A recorded statement may be very damaging. Sometimes, your statement may actually show that you do not have a valid accident claim. If you don’t have a claim, your injuries and property damage are on you.

The bigger problem is that a recorded statement can be used to undermine a legitimate accident claim. Here’s some sneaky ways they might do that:

Let’s be fair: Not every insurance company will play games with you on the phone. But if they do try to undermine your case, it can really screw things up.

See the steps to an insurance claim settlement to get an idea of the overall process.

Enjuris tip: If you feel you were mistreated by an insurance adjuster, you should report it to your state’s department of insurance. Find your state’s insurance department at the National Association of Insurance Commissioners.

If you had a serious car accident and had major injuries, your full medical diagnosis may not be complete. You could give an inaccurate portrayal of your injuries.

That’s why insurance adjusters are notorious for trying to get on the phone with car accident victims ASAP. They want to get a good idea of what the case likely is worth. This is known as a ‘reserve value.’

Once the adjuster has the reserve value in mind, good luck getting a settlement above that amount. If you talk to them without an attorney, you could give out inaccurate information that sets an artificially low reserve amount.

That boosts the odds that a lawsuit will have to be filed. Which means you could have to wait months to get paid. If you win. If you lose, you get nothing.

There are exceptions where you may talk

We’re talking car accidents and insurance companies, so there are exceptions. 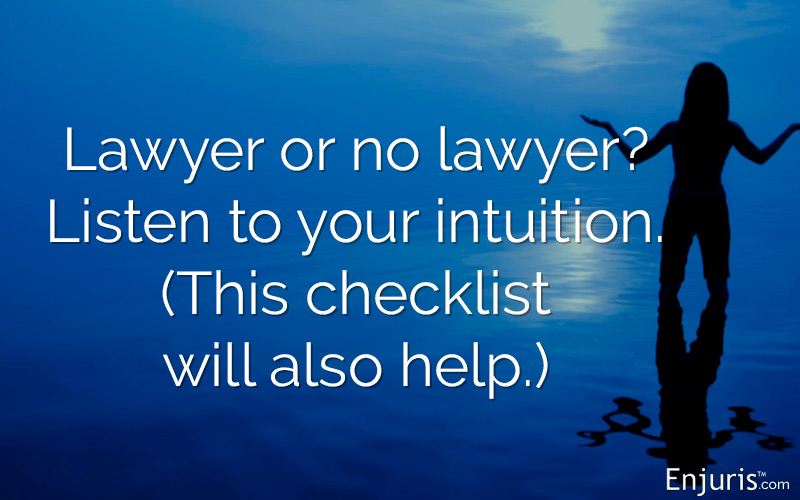 But if your accident and injuries involve any of the following, get a personal injury attorney involved:

As we noted earlier, you do have a contractual obligation to cooperate with your car insurance company.

Remember that your own insurance company can potentially take a position against you. So, you should think very carefully about every fact you give in a recorded statement to your insurance carrier.

But many experts would advise you to not give a recorded statement to any insurance company at all without the advice of a personal injury lawyer.

Get in touch with a personal injury attorney today if you aren’t sure about dealing with either insurance company. Our handy law firms directory can help.