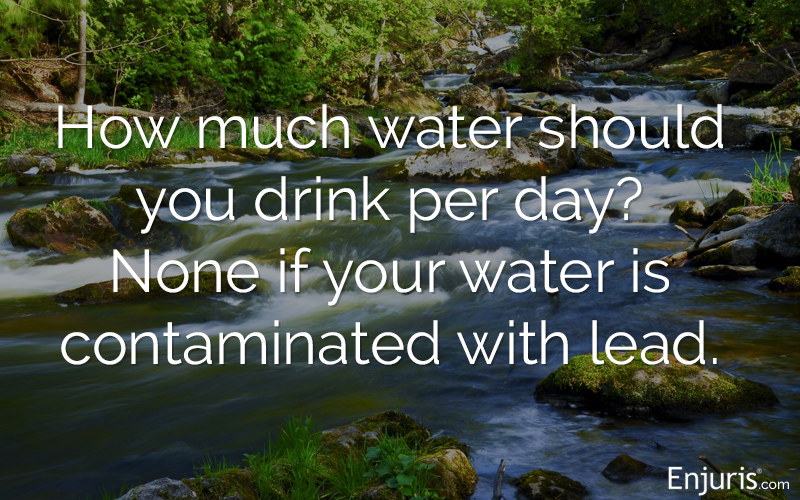 The United States District Court for the Eastern District of Michigan recently approved a $641 million settlement that will benefit thousands of Flint, Michigan residents who were harmed by lead-contaminated water.

In this blog post, we’ll take a look at the Flint water crisis, the resulting litigation, and what you can do if you’re harmed by a toxic substance.

What was the Flint water crisis?

The Flint water crisis was a public health crisis that occurred in Flint, Michigan when drinking water became contaminated with lead.

On April 25, 2014, government officials switched the city of Flint’s drinking water supply from the Detroit Water and Sewage Department system to the Flint River in an effort to save money. However, officials violated federal law by choosing not to treat the Flint River water to ensure that it didn’t cause corrosion in the pipes.

Unfortunately, the water turned out to be highly corrosive. As a result, lead leached out from the aging pipes and into thousands of homes.

Shortly after the city of Flint began supplying residents with Flint River water, residents started complaining that their tap water smelled, was discolored, and tasted foul. Despite complaints, officials maintained that the water was safe.

Government officials acknowledged the problem only after the story began garnering national attention.

In response to the Flint water crisis, which affected more than 90,000 residents, more than 100 civil lawsuits were filed against the state of Michigan, the city of Flint, McLaren Regional Medical Center, Rowe Professional Services, and several other defendants. Many of these lawsuits were consolidated into a single class-action lawsuit.

The plaintiffs in the class-action lawsuit faced an immediate obstacle under the doctrine of sovereign immunity, which protects the state and certain government officials from personal liability even in cases of gross negligence.

However, on April 1, 2019, Judge Edith E. Levy of the United States District Court for the Eastern District of Michigan ruled that government defendants could NOT claim sovereign immunity because they allegedly violated the residents’ bodily integrity, a protected constitutional right.

The settlement establishes a court-monitored victims compensation fund that will provide hundreds of millions of dollars in direct payments to Flint residents impacted by the water crisis. Class members will be eligible to make claims from the compensation fund for personal injuries and property damage.

The settlement will result in the state of Michigan, the city of Flint, McLaren Regional Medical Center, and Rowe Professional Services being excused from pending civil litigation related to the water crisis. Lawsuits will be allowed to continue against other defendants who did not agree to the settlement.

A toxic tort claim alleges that a toxic substance (such as lead) injured the plaintiff or their property.

There are a number of legal theories you can use to establish liability for a toxic tort claim. The most common legal theories include negligence, strict liability, private and public nuisance, and workers’ compensation.

Proving causation in a toxic tort case is particularly difficult for 2 reasons:

Were you impacted by the Flint water crisis? Have you sustained an injury from some other toxic substance? We’d love to hear from you in the comments below.