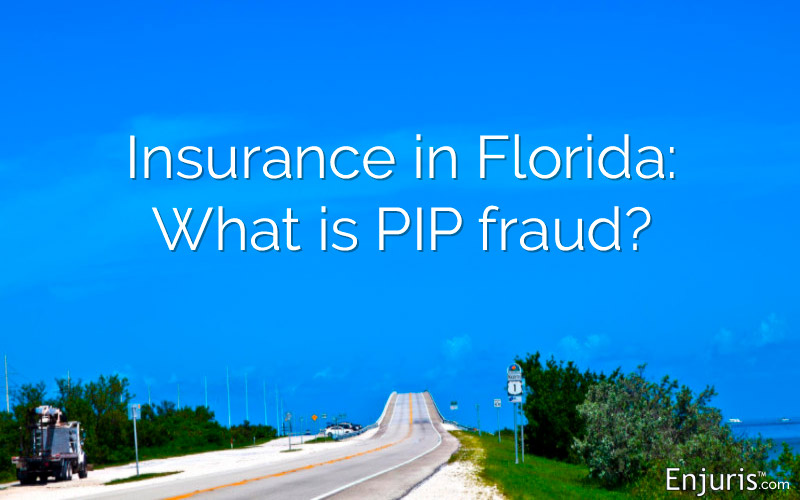 What is PIP fraud, anyway? How does it impact my Florida car accident insurance claim?

Thanks to Florida's fraud-littered past, you have a host of strict requirements to meet after a car accident. You have to report your injuries within 14 days of the accident and must be treated in some sort of emergency setting. Follow-ups require a referral and have to be consistent with the underlying diagnosis. If you aren't diagnosed with an emergency medical condition, the PIP limit is $2,500 instead of $10,000. More below...

Florida is one of the minority states that still subscribes to mandatory PIP coverage – or personal injury protection.

This is a no-fault policy that provides injured drivers up to $10,000 in immediate medical coverage, regardless of who caused the accident. The idea was to streamline auto insurance cases and decrease the burden on the judicial system, which was clogged with many smaller cases that could be dealt with by insurance adjusters.

However, in recent years, while the number of accidents was remaining constant, PIP payments and claims were skyrocketing to more than 77%.

The National Insurance Crime Bureau found Florida had the most questionable claims in the country. Tweet this

The National Insurance Crime Bureau listed Florida as having the highest number of “questionable claims” in the country, and the problem accounted for nearly 50% of fraud referrals.

This was more than the work of unscrupulous patients; even fake doctors and fake clinics were trying to get in on the action.

PIP fraud is – in theory – how the opioid crisis gained traction in the United States. The New York Times published an article in 2011 about pill mills in Florida prescribing shocking amounts of Oxycodone and how the state was the epicenter of the addiction.

At one point, Florida was actually purchasing 89% of all Oxycodone sold to medical practitioners nationwide.

The state has done very well passing laws and shutting down these pill mills, reaching a 97% closure rate. But the problems that the opioid crisis started have spread across the country and still remain.

The government has made fraud reduction one of its main goals, but its resources are outstripped by the sheer number of incidents. However, the new bill does its work fairly well.

Now, the minute you get into an accident, the clock starts to tick.

You have to hire an attorney as quickly as possible, because you have to report your injuries within 14 days of the accident and must be treated in some sort of emergency setting. Follow-ups require a referral and have to be consistent with the underlying diagnosis. If you aren't diagnosed with an emergency medical condition, the PIP limit is $2,500 instead of $10,000.

The new PIP requirements are far more stringent and, according to actuarial studies, seem to have done some good in terms of fraudulent reporting incidents.

If a medical professional is found guilty of PIP fraud, he will lose his medical license for five years and will not be able to reimburse a PIP claim for 10 years. The bill also created the Automobile Insurance Fraud Strike Force, a nonprofit direct support organization aimed at investigating and reducing motor vehicle insurance fraud.

Attempts to crack down on fraud hurting patients more than criminals?

Further attempts to crack down on fraud can hurt actual patients more than it stamps out unscrupulous criminals, though.

By adding more hoops through which patients need to jump, insurance companies can cause undue hardships to perfectly legitimate customers while fraudulent people still slip through the cracks.