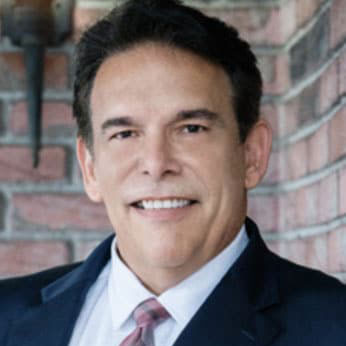 I had to find my way largely on my own… but I always knew I wanted to be a lawyer. There was nothing that would deter me from reaching my goals. Now, I am proud to say that I am in a position to help others by advocating for their protections and getting them compensation for their injuries.

George Lorenzo is the co-founder of the Lorenzo & Lorenzo law firm in Tampa. He specializes in personal injury, including car accidents, truck accidents, wrongful death, and premises liability lawsuits.

His background includes legal training and military experience. Before he started his private practice as a personal injury attorney representing accident victims, he served on both sides of a courtroom as a criminal prosecutor and a public defender.

George came to the U.S. from Cuba as a young child. His mother didn't read English, so he was largely on his own when it came to navigating his education. That didn't stop him, though.

He finished college and law school, and then became a lawyer for the JAG Corps, or the Judge Advocate General Corps, which is the legal branch of the Army. George didn't think he would end up in a combat situation as an Army lawyer, but that's just what happened when Desert Storm took place in 1990. He was chief of operational law during the war, and then returned to the U.S. when the conflict in Afghanistan was resolved.

George's career took several twists and turns — as both a criminal prosecutor and defender — before he launched into his own personal injury practice.

The University of South Florida (graduated in 1984)