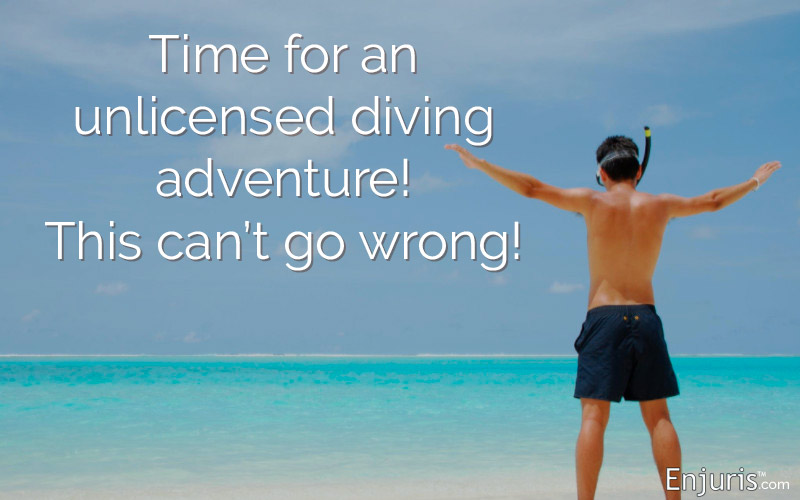 Florida has its share of people who hide inside with the blessed creation that is air conditioning, but most love to be outdoors. That’s where the sun and the sand are!

But sometimes your favorite things can turn on you. Here we highlight some of the more popular outdoor places in Florida where tourists like to go and show how they can go horribly wrong – and what the law says about that.

The best tourist activities – and their dark sides 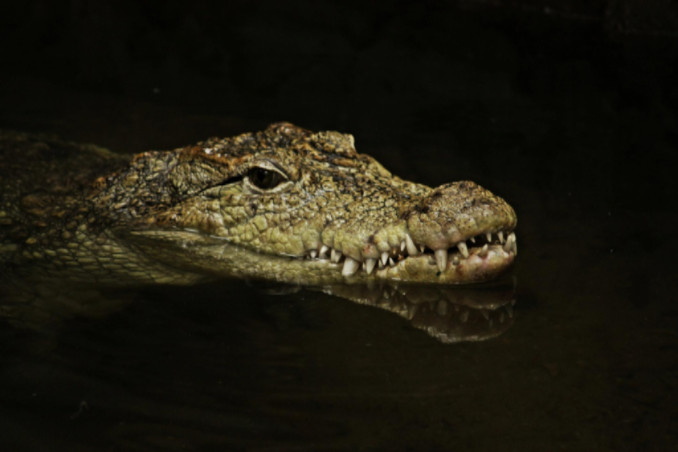 A lot of Florida is, as this website says, “some of the wildest country east of the Mississippi.” These tours get you up close and personal with some of Florida’s wildlife. (By the way, did you know that alligators can run up to 30 miles per hour?!)

Let’s talk about alligators. Generally they are wary of humans, but sometimes in a show of bravado, people will try to feed them – which is against the law in Florida because eventually, gators will start to associate humans with food. In that linked story, an airboat captain attempted to feed a gator and had his left hand ripped off, though it was later retrieved from the alligator’s stomach.

The airboat captain was cited for violating the state navigational rule for feeding wildlife. He had to pay $500 and also potentially faced six months in prison, only adding insult to injury. What we have here is a mix of personal injury, administrative law, maritime law (depending on what type of waters the accident took place on) and wildlife protection (yes, there is a field for animal law).

The moral of the story? Please keep your hands inside the vehicle at all times.

Many visitors think powered boats (sometimes called PWCs, for personal water craft) are simple to learn and easy to use, but they’re not always intuitive. For instance, they don’t have brakes. Sometimes groups are lined up single-file instead of staggered, which leads to instances like this, in which boats don’t slow down in time and end up hitting one another. The woman slowed down and another Waverunner did not, and that led to her getting knocked into the water. Unfortunately, she did not survive.

This would be a mix of personal injury law and maritime law, and the woman’s estate would be able to be a suit against the tour company for wrongful death because of her drowning. 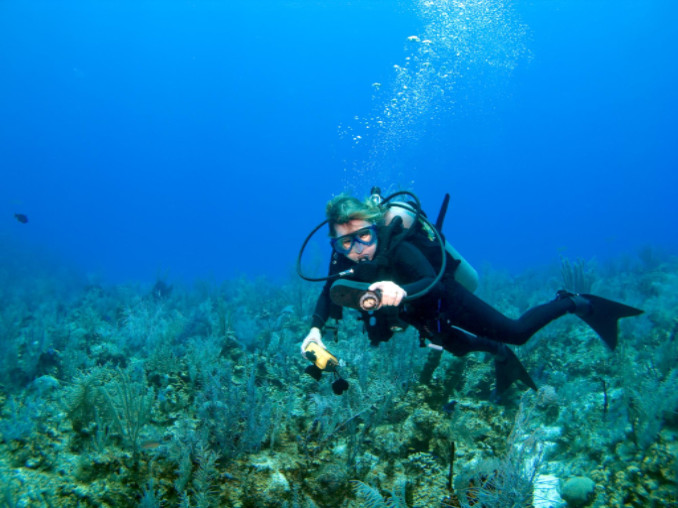 One of the most popular things to do while visiting the Florida Keys is the snorkeling or scuba diving experience. While many people focus on the damage to coral reefs done by this activity (which is a big concern), we’re going to discuss the damage that can be done to the people.

CBS Miami has a terribly sad tag for this one: “scuba diver death.” While the exact cause of death isn’t listed (equipment malfunction, etc.), we can generally assume it’s because of drowning. At least with snorkeling, you’re near the water’s surface. Scuba diving, not so much.

Drowning accidents would fall under maritime jurisdiction, depending on where the accident occurred. If it happened close to shore, then state law applies and normal personal injury law would be used. If the accident were farther from shore (for instance, if this were deep-sea diving or if a worker fell off an oil rig way out at sea), then federal maritime law would apply.

This also applies to those “no certification required scuba adventures.” Certified divers say this is a horrible idea. Basically, diving without training is fine… until it isn’t. See more in our guide to scuba diving lawsuits. 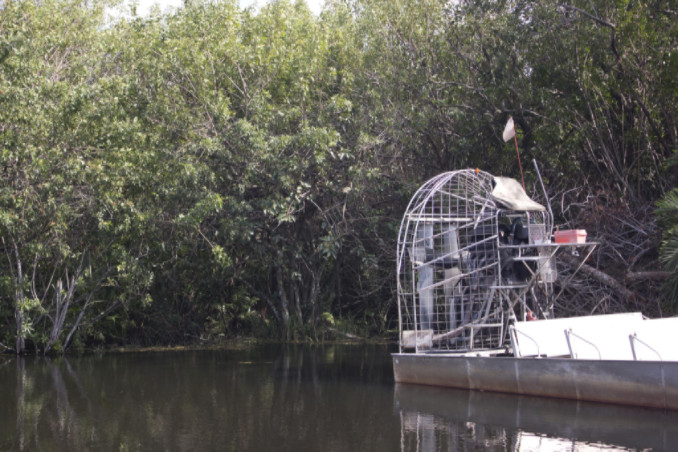 More gators. A Missouri couple was on vacation, floating along in an airboat when an alligator decided to jump onto the front of their vehicle. Airboat rides are insanely popular in Florida, and they result in a startling number of injuries. This doesn’t lessen their popularity. (Though no one was actually hurt in the story linked above.)

That means an airboat operator and his employer cannot be sued if any operator in the same situation would have acted in the same manner. What’s the point of an airboat ride? To provide a wild, up-close, gator-filled eco-experience. On the other hand, under state law, the standard of care owed to passengers is much higher. This means you want to be on non-navigable waters in case of an accident.

Additionally, under the doctrine of respondeat superior, if the airboat operator failed to follow the rules and were charged with reckless driving, his employer could be charged for his misconduct. This means the company is responsible as well as the driver. 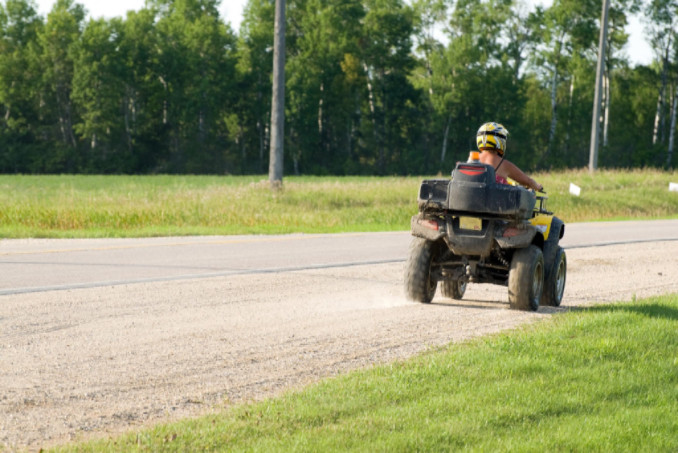 ATVs (all-terrain vehicles) and OHVs (off-highway vehicles) are still often seen on highways and are the culprits in many accidents. For instance, this man was killed after losing control or crashing into another off-road motorcycle rider and being thrown from his ATV.

ATVs are popular in Florida’s many state and national parks. They do well on unpaved roads and are not permitted on public roads or highways, though there is one exception: unpaved public roads with speed limits equal or less than 35 miles per hour.

ATVs and OHVs are generally unrestrained vehicles. A lot of the vehicles don’t have adequate seatbelts and can fling riders off like little action figures. Many times, riders don’t wear proper protective gear. Injuries can be severe; they might include traumatic brain injuries, skull fractures, spinal injuries, paralysis, internal injuries, broken bones and other soft tissue damage.

Determining fault can be complicated, because off-road areas might not be properly maintained. Was it the property owner’s fault for not maintaining the road? Was the ATV improperly designed by the manufacturer? Was it the driver’s fault? It can be hard to tell.

We could find accidents in literally every beloved outdoor activity in Florida. Don’t even get us started on Florida’s theme parks… We’re saving that for another article.

What about you? What are your favorite outdoor activities in Florida? Please share in the comments below!