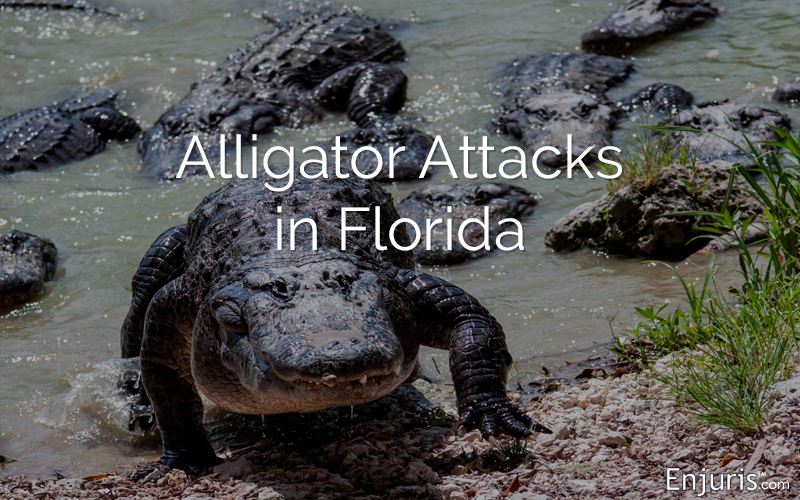 Facts and statistics, plus what to do if you’re attacked

Table of Contents + show
Facts and statistics, plus what to do if you’re attacked
What to do if a Florida alligator attacks

Did you know that more than 1 million alligators live in Florida’s freshwater systems?

That includes marshes, lakes, canals, rivers and swamps, and that roughly equals one alligator for every 15 residents. There is even an 80-mile stretch of highway in the Everglades called “Alligator Alley” (and there is only one gas station the entire way, so fill up before you go).

Since Florida alligators don’t pay much attention to roadside barriers or property lines, many drivers and pedestrians have learned the hard way to keep their eyes peeled in the Sunshine State. Alligators go where they want, which includes yards, golf courses and anywhere else food might be available.

Alligators typically don’t think of people as food. According to Nick Wiley, the executive director of the Florida Fish and Wildlife Conservation Commission, “People -- even small people -- are not their typical prey.”

Interest in Florida alligator attacks spiked in 2016 after two-year-old Lane Graves was snatched by a gator at a Florida resort, and again recently when a woman’s arm was found inside a gator’s intestinal tract and her body in a nearby lake. This behavior was considered highly unusual, not only because it was unprovoked, but also because alligators just don’t normally attack humans, much less want to eat them. Residents had been warned about a wandering alligator in the days before the most recent fatality, and officials believe she was targeted because she was walking her two dogs -- which are very attractive prey.

Florida alligator bite statistics date back to 1948, ranging around three major bites per year. The chance of someone being attacked is one in 3.2 million. The worst years for fatalities were 2001 and 2006, with three people dying each of those years from Florida alligator attacks. And there have only been 23 fatalities between 1948 and 2016. There have even been stretches during which no fatal attacks by alligators occurred in Florida. 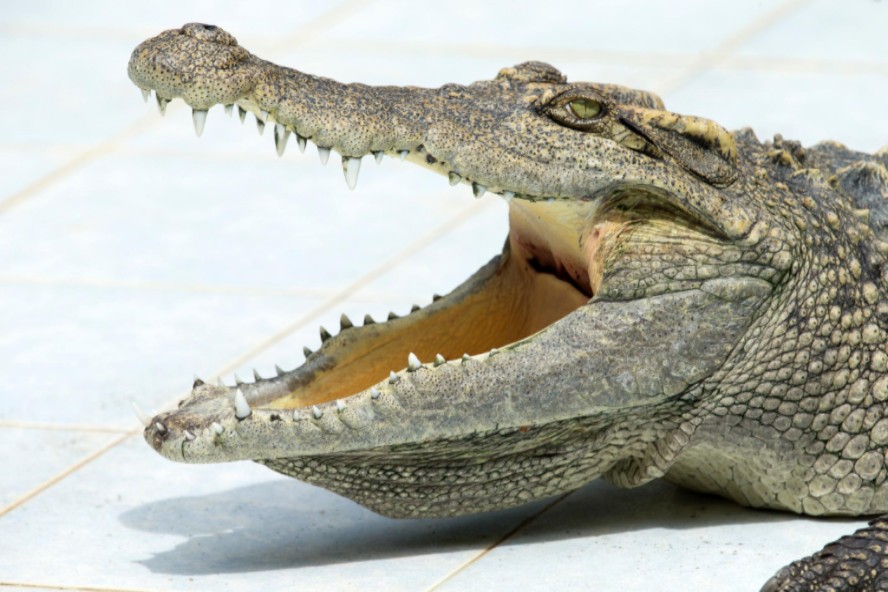 Twenty-three fatalities is admittedly a small number, but that doesn’t mean the opportunities for alligators to attack don’t present themselves. This is because Florida has capitalized on alligators as part of the state’s identity, pulling them into the spotlight far more often than they would be on their own.

Alligators feature in Florida’s marketing efforts as school mascots, and as part of tourist attractions like alligator wrestling, viewing in airboat tours and feeding. Plenty of residents have stories to tell (such as encounters with Chubbs, the enormous mascot who roams the Buffalo Creek Golf Course) or have family traditions like feeding baby alligators pieces of hotdog for $2.

Most alligator experiences are contained and handled by people who know what they’re doing. But what happens if a gator lumbers onto your front porch? Imagine looking out your window to see this 11 footer found on someone’s lawn in the Villages! Or, perhaps every mom’s nightmare in Florida, when an alligator takes a dip in your pool - and your kids want to swim with it!

What to do if a Florida alligator attacks

Alligators are attracted by motion. Under normal circumstances they will not be attack you unless you do something to attract their attention or encroach on their territory. This means do not feed them. You might think they’re hungry, being in the wild, but they do just fine on their own and don’t need your help to survive.

As Ron Magill, wildlife expert and communications director at Zoo Miami said on Good Morning America, “It’s rare that an alligator will come out of the water and go after a human being.”

Let’s say you are taking a walk and an alligator slithers up onto the bank, locking its cold, reptilian eyes on you. What should you do?

Use those feet and hightail it out of there. Gators will attack to defend themselves or their territory; unless you’ve really angered it, the alligator shouldn’t chase you.

If a gator gets you in its clutches or snatches you underwater, don’t play dead. Fight back, and fight back hard. If it takes you into a death roll, try to roll with it to avoid losing the arm or leg it has hold of.

An alligator’s eyes are its most sensitive spots, so poking it in the eyes could make the gator open its jaws and release you. See more info here.

Have you ever seen an alligator on your property in Florida? Let us know!