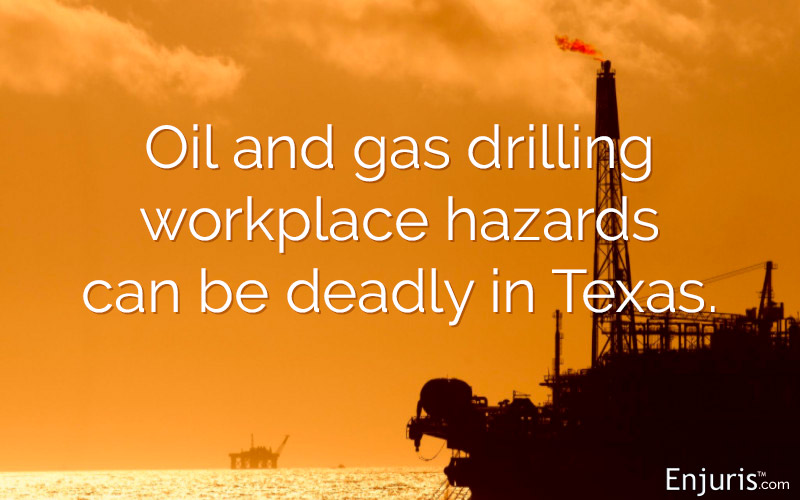 Learn about accidents, injuries, and lawsuits involving the offshore oil and gas industry

Each year, thousands of seamen, dockworkers, commercial fisherman, and oil rig employees are seriously injured or even fatally wounded off the coast of Texas.

These injuries, which generally occur on vessels (oil platforms, barges, etc.) in the open sea, are broadly referred to as "offshore accidents."

Offshore accidents differ from most other types of accidents and often implicate little-known state and federal laws.

If you live in Texas, chances are you've read about an offshore accident involving an oil rig in the newspaper or even experienced one personally or through a loved one.

When you think about offshore accidents, the first accident that probably comes to mind is the 2010 Deepwater Horizon explosion that occurred in the Gulf of Mexico and which was later featured in a film starring Mark Wahlberg.

Employees working for offshore oil drilling and gas exploration companies are 7 times more likely to be killed on the job than the average American worker. The average fatality rate for US workers is 3.7 deaths for every 100,000 employees per year, while the fatality rate average for offshore crew members is 25 per 100,000 workers.

Texas employees working for offshore oil drilling and gas exploration companies are 7 times more likely to be killed on the job than the average Texas worker. Tweet this

The Centers for Disease Control (CDC) found there were 128 fatalities in activities related to offshore oil and gas operations from 2003-2010.

Offshore oil and gas jobs are inherently dangerous. What's more, one report found that oil and gas companies aren't doing a sufficient job keeping their employees safe and are routinely being cited for workplace safety violations.

Common causes of offshore accidents include:

Facing factsFuelFix, a news source on the energy industry, reports that 4 of 5 major offshore accidents are caused by human error, highlighting the need to make safety training and risk assessments an active part of maintaining offshore oil rigs.

Offshore accident injuries—particularly those involving the oil and gas industry—are generally more severe than injuries resulting from other types of accidents. This is due, in part, to the fact that the accidents take place in the ocean where the possibility of drowning exists and help may be miles away.

Examples of offshore accident injuries include:

If you've been injured in a Texas offshore or oil field drilling accident, you may be able to receive compensation for your injuries.

Due to the nature of offshore accidents, there are a number of state and federal laws that might apply to your case. For this reason, it's important—even more so than in most other personal injury cases—to hire an experienced Texas accident and injury attorney.

In most cases (no matter what law applies), you'll have to show that someone else's negligence caused your accident in order to recover damages. The exception is federal and state workers' compensation statutes, under which it's not necessary to prove that anyone was at fault for your injury.

Here's a quick look at some of the laws that might apply to your case:

Enjuris Tip: Download the Enjuris post-accident pain journal and the damages/expense worksheet to help you document your injuries and medical expenses.

Companies within the oil and gas industry can also use the Job Safety Analysis Process to identify hazards and find solutions.

You may also want to read: