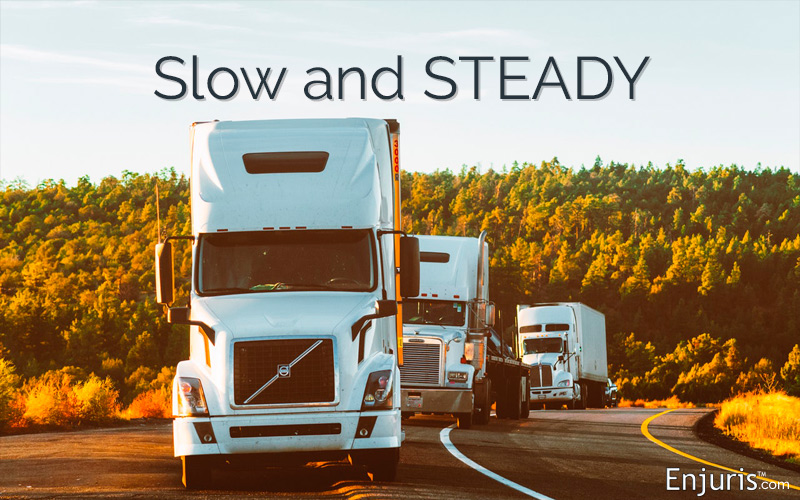 So what can happen when 1 of these large trucks takes a turn too fast?

A rollover—and that’s bad news for both the truck driver and anyone else on the road.

This article examines rollover accidents in Texas, including how they happen and what to do if you’re involved in one.

What’s a rollover accident and how do they happen?

A “truck rollover accident” simply refers to an accident where a truck tips over onto its side or roof. Rollover accidents are separated into 2 categories based on how they occurred:

Not all rollover accidents fall into these categories. Some rollover accidents are caused by a defective truck part, such as a tire blowout that causes the truck to rollover. When a defective product is involved, the appropriate lawsuit is a product liability lawsuit (which is a type of personal injury lawsuit).

Other factors that may contribute to a rollover accident include:

As you might imagine, rollover accidents are an especially dangerous type of accident. Although rollovers account for only 2.1% of all motor vehicle accidents, they are responsible for nearly 35% of all vehicle fatalities.

Let’s look at some other rollover-accident statistics from the National Highway Traffic Safety Administration:

A rollover accident has occurred and you’ve been injured.

As with other types of truck accidents, there are several parties that can be held liable for a truck rollover accident. They include:

Once you've established who the negligent party is, you can make an insurance claim or file a personal injury lawsuit in order to receive compensation for your damages.

If a loved one is killed in a truck accident, there’s still a legal option to receive compensation. A wrongful death claim is similar to a personal injury claim, except that it’s filed by certain members of the loved one’s family.

Enjuris tip: Trucking accidents are generally more complex than other types of motor vehicle accidents. The injuries are often more severe, and there are additional laws and parties that come into play. If you’ve been injured in a truck accident, don’t feel like you have to pursue your claim alone. Use our free online directory to locate an experienced Texas attorney.

Rollover accidents, like other types of truck accidents, can cause a host of serious injuries, including:

Enjuris tip: Find out how much your Texas personal injury case is worth.

In some cases, you may be partially responsible for the accident. Texas follows the modified comparative fault theory. This means that your damages will be reduced by your percentage of fault. For example, if the judge or jury finds that you were 40% at fault for the accident, you’re only entitled to 60% of your damages. What’s more, if you’re more than 50% at fault, you’re prohibited from recovering any damages.

One of the most important things you can do to ensure you receive the compensation you deserve is to keep a detailed account of your injuries following a truck accident. Use our damages worksheet and post-accident journal to help keep track.