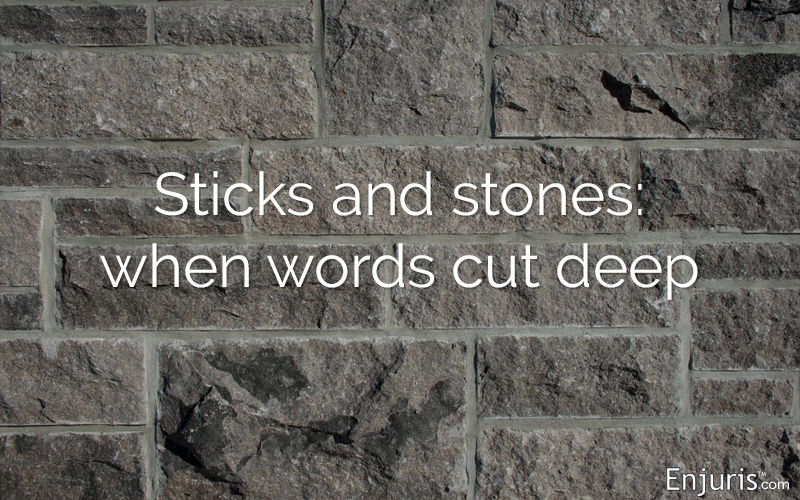 Libel, slander, and defamation are causes of action for personal injury lawsuits: When do you have a claim?

Table of Contents + show
Libel, slander, and defamation are causes of action for personal injury lawsuits: When do you have a claim?
Elements of a defamation lawsuit
When is an opinion defamation?
Calculating damages in a defamation personal injury case
Recent defamation cases
What to do if you’ve been sued for defamation of character
Defamation of character is when someone makes a statement that damages your reputation. Slander and libel are included, and if it happens, it could ruin your business, cause you to lose a job (or be unable to be hired) and have other consequences for you and your family. See what to do if it happens to you.

Libel, slander, and defamation are causes of action for a personal injury lawsuit. Although the words are sometimes used interchangeably, there’s a different standard for how each qualifies as an injury. Let’s break it down.

Elements of a defamation lawsuit

“Defamation of character” is the overarching term for any statement that harms someone’s reputation, which is a personal injury.

There are 5 elements of a defamation lawsuit:

When is an opinion defamation?

You’re entitled to share your opinion. You can dislike or disagree with someone and say so without fear that you’ll be sued for defamation—depending on HOW you share your thoughts. Let’s back up for a second to what it means to have freedom of speech.

Freedom of speech is a right granted by the First Amendment of the US Constitution that protects your right to freely express yourself, but there are limitations. The First Amendment does not apply to action by private organizations.

One misconception people have about freedom of speech is that you can say what you want in whatever forum you choose. People can get banned from Twitter, removed from restaurants or other public places, fired from a job, and so on, because of their speech. A social media platform is owned by a private company, as is a restaurant, a shopping center, and the company you work for (unless you’re a government employee). Freedom of speech only protects you from repercussions from the government, not a private entity.

For example, these types of speech are not protected by the First Amendment:

Enjuris tip: A statement isn’t defamation IF you frame it as your pure, subjective opinion AND if the listener is able to determine whether the statement is true or false based on the facts.

Example: “My neighbor, George, is a terrorist. He makes weapons in his backyard.” This might be a defamatory statement because the speaker presents it as fact, and the listener has no way to determine whether or not it’s true.

“I’ve seen my neighbor, George, in his backyard working with items that look like weapons. I think he is a terrorist.” This presents the speaker’s opinion about George, but also presents the reason why based on his observation. This statement might prompt the listener to want more information about George, but doesn’t definitively say he’s a terrorist. This statement would likely not be found to be defamation.

There are three types of damages for defamation:

All three types of damages can be awarded for tangibles like the loss of a job or payment to cover therapy sessions, or intangibles like emotional pain and suffering.

Beef Products Inc. v. Walt Disney Co., 2017: In a report on ABC News about low-cost processed beef trimmings, a correspondent referred to the substance as “pink slime.” The news reporter called it a “cheap substitute” for beef, saying that to package and label it as such was “economic fraud.” Public backlash led sales to drop. The company had to close three plants and lay off 700 employees. Walt Disney Co. (the parent of ABC) settled with BPI for an undisclosed amount for the defamation claim.

Aganost v. The Mortgage Specialists, Inc., 2018: A libel action was brought in New Hampshire state court against a Michael Gill, a mortgage broker who made defamatory statements on a billboard owned by his company. Gill used a billboard facing a public highway to accuse three businessmen of being drug dealers, money launderers, and extortionists. The plaintiffs, a developer, auto dealer, and banker were not, in fact, engaged in any of those acts. Each was awarded between $85 million and $97 million after the court found that Mr. Gill’s billboard statements were defamatory.

Freedom of speech is a right, but it’s not without consequences. If you have lost business, earnings, standing in your community, or suffered other losses as a result of damage to your reputation, you have rights, too. A personal injury lawyer helps build a case for defamation. In all likelihood, the first thing your lawyer will ask is whether the statement was true. If it’s not, you might have a case.

The Enjuris Personal Injury Law Firm Directory is your start to finding a lawyer in your state who’ll handle your case.