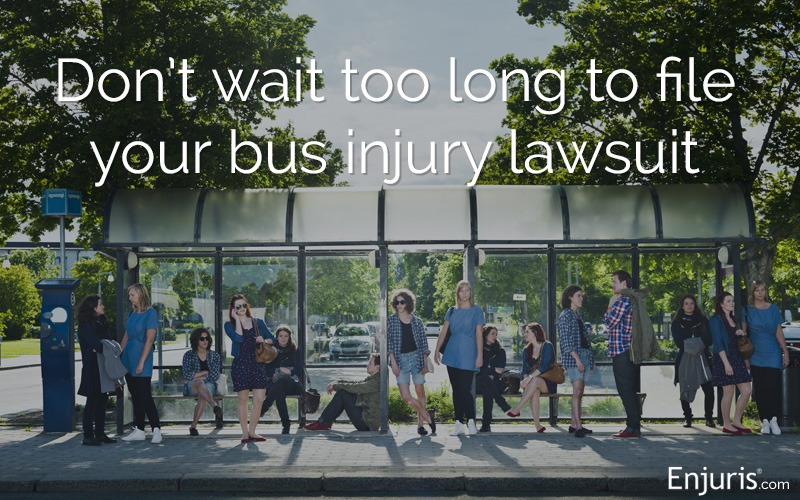 If you’re injured in a bus accident involving a public or private bus, you’ll have to jump through some unique hoops before filing a lawsuit

Oregon is one of the fastest-growing states in the country. Since 2010, Oregon’s population has increased 10.6%. The influx of people has caused traffic congestion, which has motivated many people to consider commuting by bus.

According to INRIX, a traffic data and analytics company, the Portland metro area ranks 14th worst in the nation and 115th worst in the world for traffic congestion.

The term “bus” refers to large public and private vehicles that transport passengers for a fee. In Oregon, this includes:

Although bus accidents are relatively rare compared to other types of motor vehicle accidents, they do happen from time to time. Let’s take a closer look at bus accidents in the Beaver State.

Traveling by bus is about 10 times safer per mile than traveling by automobile, according to the American Public Transportation Association.

Across the country, the number of fatal bus accidents has decreased despite the fact that the number of registered buses has sharply increased.

Bus travel has gotten safer due in large part to stricter driver regulations, improved vehicle safety features, and an increase in bus-only lanes.

Bus accidents are often caused by the same factors that cause car accidents—such as:

Additionally, there are some other factors that are more likely to contribute to bus accidents, including:

Rollovers are more common with buses than passenger cars due to a high center of gravity. Rollovers can be particularly devastating given that most passengers are not wearing seatbelts.

Real Life Example:Two days before Christmas of 1965, a Greyhound bus was traveling along Interstate 5 near Gold Hill, Oregon, when it hit a patch of ice and began to fishtail. The bus veered off the freeway and down a hillside, rolling at least 3 times.

“There were moans and groans coming from all around,” passenger Evelyn Douglas told The Oregonian. "Passengers had been thrown into a helter skelter."

Ultimately, 14 people died as a result of the crash and 5 were injured, making it the deadliest bus crash in Oregon history.

How can passengers recover damages after a bus accident?

The majority of bus accidents are “property-damage only” accidents, meaning they don’t result in any injuries to passengers. However, there are certain features of buses, such as a lack of seatbelts and airbags, that certainly make injuries possible.

If you suffered an injury as a bus passenger in Oregon, you have a couple of options for recovering damages:

To prove fault in most bus accident cases, you’ll need to establish the 3 elements of negligence:

Enjuris tip:Learn more about establishing causation in a bus accident case or other personal injury lawsuit based on negligence.

Some factors that might lead to a negligence lawsuit against a bus driver include:

Not all bus accidents are caused by an at-fault driver. Other at-fault parties may include:

How can bus drivers recover damages after a bus accident?

A bus driver who is injured on the job can usually file a workers’ compensation claim.

Enjuris tip:Workers’ compensation is a form of insurance that pays medical expenses and lost wages to employees who are injured while doing their job.

In many ways, bus accidents are just like car accidents. But there are some important differences as well. Here are 3 things to keep in mind if you’re considering filing a bus accident lawsuit:

Enjuris tip:To best preserve your rights, you should have an attorney assist you in filing a notice of claim. However, if you can’t afford proper legal representation, you can find notice of claim examples on the State of Oregon Risk Management Page.

Bus accident injuries can range from minor bumps and bruises to catastrophic brain and spine injuries. On top of that, bus accidents, particularly when fatalities are involved, can cause emotional trauma among passengers.

Oregon limits the amount of time an injured passenger has to file a lawsuit following a bus accident. In most cases, this time limit (known as the statute of limitations) is 2 years.

If you fail to file your lawsuit within the 2-year statute of limitations, you will be forever barred from filing a lawsuit based on the accident.

Were you or a loved one injured while riding a bus?

Due to the complexities of bus accident cases, we encourage you to sit down with a personal injury attorney.

In the meantime, here are a couple of articles to help you prepare for your first meeting: