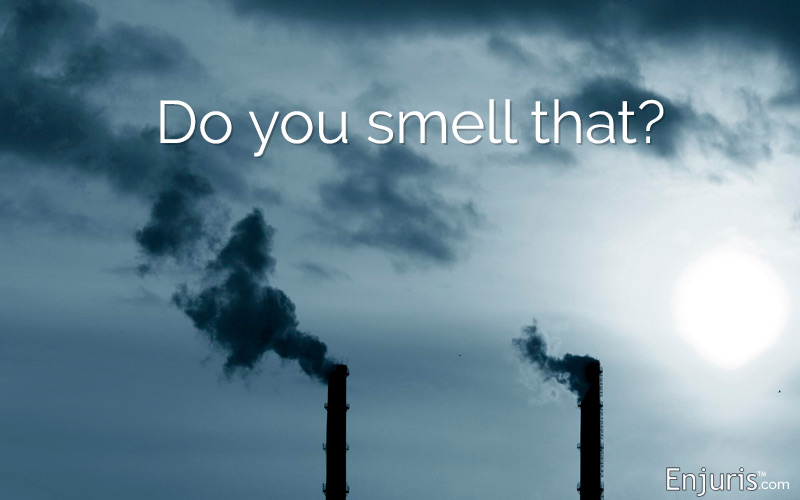 Table of Contents + show
Your guide to being compensated after being exposed to a toxic substance or chemical
Common causes of toxic tort injuries
Libby, Montana asbestos outbreak
Legal theories that support a toxic tort claim
Defenses to toxic tort claims
Who gets sued?
Toxic tort damages
How to prevent chemical exposure
Some work environments really are toxic. Learn about toxic tort cases in Montana, including what legal theories you can use to recover damages.

Toxic tort cases are particularly complicated because the impact of the exposure isn't always immediately understood. Often, it takes years before a person realizes they were harmed by a dangerous substance.

Though known for its clear skies and fresh country air, Montana is also home to one of the most famous toxic tort cases of all time.

Toxic tort claims arise in a number of situations. Here are the 4 most common causes:

Did you know?Toxic torts are the subject of several famous movies including Erin Brockovich and A Civil Action.

Most asbestos exposure cases involve a handful of construction workers who have been exposed to asbestos. Libby, Montana is a rare and infamous exception.

For several decades, the Zonolite Company and its successor, W.R. Grace, extracted millions of tons of asbestos-tainted vermiculite from the ground in Libby, Montana. The miners were exposed and developed asbestos-related diseases, including cancer.

But the miners weren't the only ones exposed.

Local townspeople were also affected when the company distributed their leftover vermiculite for use in playgrounds, backyards, gardens, and roads throughout Libby.

In all, pollution from the mining has been associated with 400 deaths in the Libby area and roughly 1,500 people (about half the city's population) have fallen ill as a result of exposure to asbestos.

Asbestos pollution from a mine caused the deaths of at least 400 people in Libby, Montana, and caused 1,500 more residents to become ill. Tweet this

What's more, W.R. Grace went on mining for 7 decades despite the company's knowledge that exposure was damaging the lungs of their employees. The company even sold and shipped asbestos-tainted vermiculite to homes across the country to be used as attic and wall insulation. Even today an estimated 35 million homes may be at risk of asbestos contamination because of W.R. Grace's attic insulation product alone.

In the 1980's, scientific evidence showed the link between asbestos exposure and the increasing number of W.R. Grace employees dying from diseases. Soon after, the company was flooded with personal injury lawsuits from employees and residents in and around the town. At one point, W.R. Grace faced more than 112,000 asbestos lawsuits.

In 2002, the U.S. Environmental Protection Agency (EPA) declared the entire city of Libby a Superfund site (a Superfund site is any area in the US that has been contaminated by hazardous waste and identified by the EPA as needing to be cleaned up because it poses a risk to human health or the environment). Twelve years later, the EPA determined the cleanup efforts successful and declared the city safe.

In 2002, the @EPA declared the entire city of Libby, Montana a Superfund site. In 2019, officials determined that all cleanup efforts were complete. Tweet this

W.R. Grace filed chapter 11 bankruptcy and established a court-ordered $3 billion trust fund for asbestos settlements. A number of settlements have been reached over the last few years and future settlements are likely.

If you've suffered an injury as a result of your exposure to asbestos or another toxic substance, there are 4 common legal theories that you can use to recover damages.

For example, let's say you're a construction worker and your company forces you to work with asbestos, but fails to provide you with proper equipment to filter the asbestos out of the air.

In this situation, the construction company, which owed you a duty to provide you with a reasonably safe work environment, likely breached that duty by failing to provide you with the necessary safety equipment. So long as you can provide proof that the exposure to asbestos caused your injury, you will have successfully made out a negligence claim against the construction company.

For example, let's say a company manufactures a drug intended to reduce fevers. But, the drug causes 1 out of every 10 people who take it to have a heart attack. In this situation, the product is so dangerous that the company would be held strictly liable for any injuries that resulted from the product regardless of whether the company knew about the side effects.

Let's say a mining company is aware that a certain toxic substance is a clear and present danger to its workers. But, the company fails to warn their workers and doesn't even provide safety equipment to reduce the likelihood of exposure. In this situation, a worker who gets sick as a result may have an intentional misrepresentation or fraud claim against their employer.

If you're harmed by a toxic substance while on the job, you can file a workers' compensation claim.

Workers' compensation is a form of insurance that pays medical expenses and lost wages to employees who are injured while doing their job. Most employers in Montana are required to carry workers' compensation insurance and most injuries are covered so long as the injury occurred during the course of employment.

However, there are some limitations to the amount of workers' compensation benefits that you can recover.

The biggest hurdle for any plaintiff in a toxic tort case (and thus the best possible defense for a defendant) is causation. No matter what legal theory you use, you must prove that the substance at issue caused your injury.

Practically speaking, this means that you must show that:

The first element is generally proven by introducing expert witnesses to explain to the judge or jury the science that establishes the link between the toxin and the illness.

The second element is much more difficult to prove. How can you prove that the substance (though capable of causing your illness) actually caused your illness? Undoubtedly, the defendant will argue that your illness was caused by your genes or your lifestyle or some other substance that you were exposed to.

Fortunately, most Montana courts recognize this challenge and in many cases have ruled in favor of plaintiffs — who simply manage to show that the exposure at issue didn't just raise the hypothetical risk of injury, but in fact more than doubled the risk of harm.

Joe is an ironworker in Missoula. He's worked at the same company for 20 years. Unfortunately, he is diagnosed with a rare form of lung cancer and the doctor believes it's job-related. Joe files a workers' compensation claim with his employer, but his claim is denied because the insurer says there isn't enough proof that the cancer is work-related. The insurance company points to Joe's brother, who also had cancer, saying it's a genetic health issue and not occupational.

This toxin is found to be present in Joe's workplace.

In this hypothetical, the court would likely find that the toxin caused Joe's illness because the exposure more than doubled his risk of harm. Joe would probably be granted workers' compensation benefits.

In Montana, the statute of limitations for most toxic tort claims is 3 years. This means that a person must file a lawsuit within 3 years of when they discovered (or by the exercise of reasonable diligence should have discovered) that they were injured by the defendant's conduct.

In Montana, most toxic tort cases must be filed within 3 years of when the plaintiff discovers (or should have discovered) that they were injured by the harmful substance. Tweet this

When an injury or illness occurs so long after the event that caused the harm, it often takes a while for the plaintiff to draw the connection between causation and consequence. As a result, defendants in toxic tort cases often end up arguing that the plaintiff should have discovered they were injured by the alleged conduct years ago and the statute of limitations has since run out.

Figuring out who's responsible for your chemical exposure can be difficult in a toxic tort case. As a result, plaintiffs generally sue everybody that had some link to the toxic substance.

Possible defendants in a toxic tort case might include:

In Montana, there are 3 types of damages available to a plaintiff in a personal injury lawsuit:

Punitive damages are only awarded in toxic tort cases if the defendant acted with actual malice.

Enjuris tip: Learn more about punitive damages, as well as the other types of damages available in a personal injury case.

How to prevent chemical exposure

If you're exposed to a harmful substance, cease the task that created the exposure as soon as it's safe to do so and seek medical attention.

Looking for a toxic tort attorney? Find an attorney in your area using our free online directory.