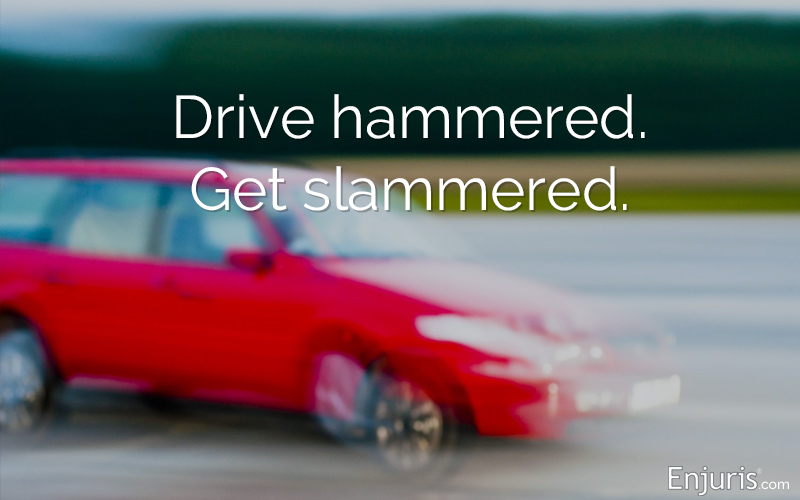 Montana is one of the deadliest states in the nation when it comes to drunk driving fatalities, according to a recent report by the National Highway Transportation Safety Administration (NHTSA). In Montana, 30% of all deadly crashes involve at least 1 driver whose blood-alcohol content is higher than the legal limit.

And yet, Montana has some of the most lenient drunk driving laws in the nation.

If you’re involved in a car accident caused by a drunk driver, you have the right to file a personal injury claim. This claim is separate from the criminal case that will likely be pursued by a Montana prosecutor against the driver.

This article examines some of the laws governing drunk driving in Montana, the penalties for driving while intoxicated, and what steps should be taken if you’re involved in an accident caused by a drunk driver.

In Montana, commercial drivers can be charged with a DUI if their BAC is above .04%. Tweet this

Finally, if you have a BAC of .16 or higher, you will be subject to an enhanced penalty (discussed below).

“Physical control is meant to include situations where an intoxicated individual is found in a parked car under circumstances where the car, without too much difficulty, might again be started and become a source of danger to the driver, to others, or to property.”
Enjuris tip: In Montana, it’s technically legal to ride a bicycle while intoxicated — though not recommended.

When you operate a car, truck or other motor vehicle in Montana, you automatically give consent to the Montana police to test your BAC level so long as the police officer has reasonable grounds to believe you’re driving under the influence. This is known as the implied consent law.

According to a 2018 report by Mothers Against Drunk Driving, Montana has the worst laws for combating drunk driving.

There’s evidence, however, that the Montana legislature is trying to address the problem.

While penalties may not be as strict as some states, Montana does have some penalties in place. The penalties vary depending on the driver’s BAC level and how many prior convictions they have.

The following chart summarizes the range of penalties:

In Montana, 1,152 people were cited with an enhanced-penalty DUI in 2017. Tweet this

5 people are injured or killed every day in Montana because of alcohol-related accidents. Tweet this

Montana Code Annotated 27-1-710 states that an alcohol vendor may be held liable for providing alcohol to a person who then causes injury to another, if any of the following circumstances are true:

What to do if you’re hit by a drunk driver

If you’re hit by a drunk driver, it’s important to call the police immediately. When the police arrive, be sure to explain that you suspect the other driver is intoxicated. Your statement may help the police officer establish the necessary reasonable grounds to administer a field sobriety test.

In addition to calling the police, be observant. Sometimes an intoxicated driver will attempt to hide alcohol bottles somewhere in the area or will make statements that can be used against them.

Once the authorities have been alerted and you make sure you're physically okay, contact a personal injury attorney. The driver will face jail time and fines, but you’ll need to hire your own attorney if you want to sue for damages stemming from the accident.

In Montana, you may be able to recover economic damages (such as medical expenses, property damage, and lost wages), as well as noneconomic damages (such as pain and suffering) if you’re hit by a drunk driver. You also stand a chance of recovering punitive damages assuming you can prove that the driver who caused the accident acted with actual malice.

If you’re still looking for DUI information and help, the following resources may prove useful: