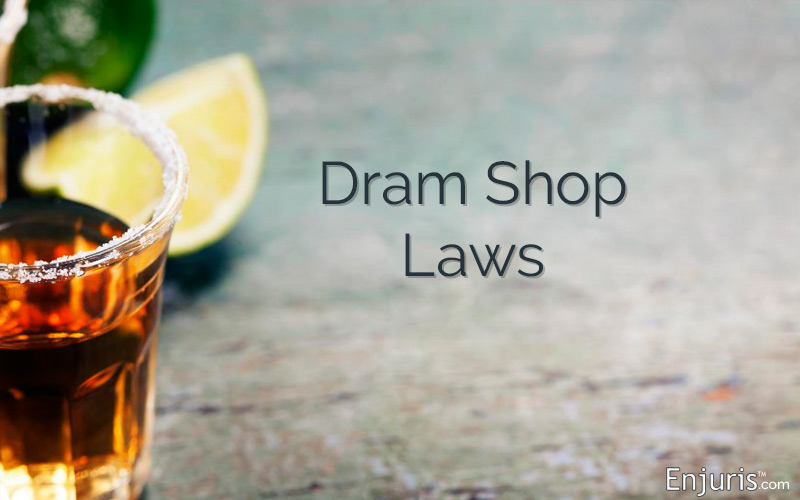 Dram shop laws vary from state to state, with 43 states having adopted some form of them and allowing a degree of liability against drinking establishments that allow visibly intoxicated patrons to drive away drunk.

Individual states have adopted wide-ranging views on how to handle the problem of drunk driving accidents, with some allowing for more punishment than others.

The idea that a bar owner should be held liable for damage caused by another individual’s personal choices almost seems unjust. However, there are reasons why some states consider it a violation of the law. For one thing, any person who is visibly intoxicated and whose actions demonstrate a loss of self-control should not be served more alcohol – at least, according to some legislatures.

How can bars be held liable for patrons being drunk?
Tweet this

The intent of dram shop law in states is to encourage bar owners to train employees to recognize when a state of inebriation has been reached by a patron and cut off further service.

When this guideline is ignored, it becomes more likely that a patron will leave the bar and cause some kind of harm to himself and/or others. Maybe he drunkenly staggers into traffic or swerves his car across the median. Maybe he just starts throwing punches at other people in the bar. Any type of negative or negligent behavior fueled by excess alcohol is what hosts and bar owners should try to avoid.

The majority of states consider bars and restaurants to be liable for injuries or fatalities caused by an intoxicated individual who’s over-imbibed in their establishment.

Liability is usually limited to cases in which the individual being served was a minor, or who was visibly drunk but still received service. Some states only permit liability in cases where the person served was underage, while others consider establishments entirely exempt from liability and shift responsibility onto the negligent individual.

In certain states, there is no criminal liability when a person who is visibly intoxicated only injures himself (for instance, falling in a parking lot or driving into a guardrail after leaving a bar). That individual cannot sue the bar owner for damages because the customer was the one who drank too much and should have known better. This is called a “first-party dram shop action.” The exception to this is if the customer was a minor at the time of the injury; juries have no problem holding bars responsible then.

Other states might consider the bar owner and the patron to be equally at fault. When damages or fatalities occur to someone other than the bar owner or patron (called a “third-party dram shop action”), the two at-fault parties are expected to share in whatever financial liability results from the case. For instance, if a drunk driver hit your car and caused damages, you could potentially sue the establishment that over-served the offending driver.

Bars and social hosts can be held responsible for guests’ drunken negligence. Find out how...
Tweet this

This holds true for social hosts as well. Any office party, holiday gathering or graduation party can provide the necessary ingredients for a dram shop case in certain states. Maybe the host let the teenagers drink because they were under the adults’ watchful eye. However, teenagers cannot be watched 24/7, as anyone who was ever a teenager knows.

For individuals hosting private events, the general consensus is that they should be held liable if the person served was a minor.

As for corporate events, the court will look to see whether an inebriated employee was imbibing within the scope of his employment. If he was drinking at a holiday party hosted by the company as opposed to sneaking bourbon at his desk, the employer could be held responsible for the employee’s later actions.

What every state can agree on, however, is the “visibly intoxicated” test. If a server or social host knew or should have known a customer was intoxicated and could cause danger to others, the standard has been met. Was what happened foreseeable based on the amount of alcohol served?

Other evidence that can bolster a dram shop case (or help the bar as a defendant) in those states with the law is whether:

The other thing to remember is that dram shop cases operate on their own statute of limitations (AKA, the time window in which to file a case). These are not the same as the statutes for personal injury, and some states only allow 60 days before a claim is barred. If you have been injured, speak to an attorney in your state as soon as practicable.

The bottom line for dram shop laws in your state

No matter where the accident occurred, however, the prudent action is to consult with an attorney who understands your state’s dram shop laws. If you haven’t found representation, consider looking through the Enjuris law firm directory for someone who can help.