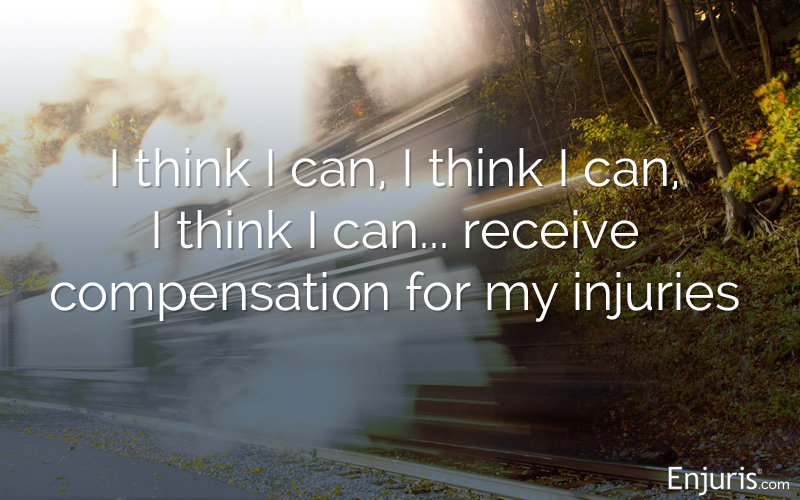 In 1918, a locomotive engineer operating a Michigan Central troop train fell asleep at the throttle and plowed into the back of a Hagenbeck-Wallace Circus train just outside of Hammond, Indiana.

The circus train, which was carrying 400 circus performers, consisted of old wooden cars illuminated with oil lamps. Upon impact, the oil lamps ignited the wooden cars. A total of 86 passengers were killed and 127 were injured.

Let’s take a look at train accidents in Indiana, including why they happen, who’s liable, and what to do if you’re injured in one.

According to a recent study, you’re 20 times more likely to die in a car accident than in a train accident. That’s not a particularly comforting fact for those of us who drive often, but it puts the safety of train travel in perspective.

What’s more, the vast majority of railroad deaths have nothing to do with being a passenger on a train. That’s because most railroad deaths are the result of people walking on tracks or driving through a rail crossing.

Here are some numbers to consider:

How do train accidents happen?

Real Life Example: On County Road 450 North in Austin, Indiana, a 2005 Nissan passenger car drove across a railroad track and collided with a CSX train.

Two of the 3 passengers in the Nissan were killed.

Video footage of the accident shows the Nissan coming to a complete stop before the railroad tracks.  But, for some unknown reason, the car continued into the path of the train. The intersection where the crash happened doesn’t have crossing arms, just stop signs.

To hold someone responsible for a train accident, you need to show that the person’s carelessness caused the accident. In legal terms, this means proving that the person was negligent.

In Indiana, negligence is established by proving the following 4 elements:

Depending on the nature of the accident, one or more of the following parties may be liable for the train accident:

How does an injured passenger recover damages in Indiana?

Enjuris tip: Learn more about the types of personal injury damages in Indiana, and how to estimate the value of your claim.

How does an injured railroad employee recover damages in Indiana?

Enjuris tip: If someone other than the railroad workers’ employer or colleague is responsible for the train accident, the railroad employee can file a personal injury lawsuit against the responsible party (this is called a “third party claim”).

So what happens if a passenger is killed in a train accident?

For starters, the family of the deceased train passenger can file a wrongful death lawsuit against the responsible party. Just like a personal injury lawsuit, the family will need to prove liability. Once liability is proven, the family can recover compensation for the loss of emotional, financial, and other support.

Steps to take after an Indiana train accident

If you’re injured in a train accident, the most important thing you can do is seek medical treatment. Once you’re sure you’re not facing any health emergencies, there are a few steps you should take.

First, take photographs of the scene and any visible injuries or property damage.

Second, write down the names and phone numbers of any witnesses. This includes passengers (who may ultimately file their own lawsuits), but also bystanders who may have witnessed the accident from a distance.

Third, keep track of all the medical treatment you receive. This information will help ensure you receive the damages you deserve.

Finally, you should strongly consider reaching out to an Indiana attorney near you who has experience with train accident cases. You can find one using our free online directory.