Neal Davis talks humanities, civil and criminal law, and why he loves going to trial

Table of Contents + show
Neal Davis talks humanities, civil and criminal law, and why he loves going to trial
Every young lawyer should seek a mentor
Making history in the U.S. Supreme Court
Luck favors the prepared 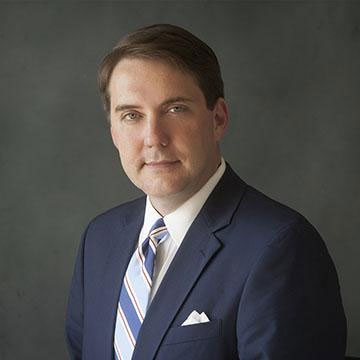 Some people might not think Spanish and comparative literature would lay the foundation for a trial lawyer, but for Neal Davis it was never a question.

"A lot of lawyers are humanities majors," he said. "You read the classics, you study philosophy. You write a lot, you read a lot. You learn about human nature and psychology.  Those are all things you carry with you into the practice of law, particularly when you are dealing with people everyday—judges, clients, and juries."

Humanities major or not, Davis is a trial lawyer through and through – and he never questioned it.

The Houston, Texas attorney is in court pretty much every day and meeting his clients one on one, handling everything from personal injury cases like wrongful death and car accidents to industrial accidents. He works a thorough mix of criminal defense and civil law cases, generally those in which either the government or an insurance company is trying to take advantage of the other party.

When asked why he wanted to become an attorney, he said, "I wanted to help people. I always admired lawyers who stood up to power, whether they were criminal defense attorneys or plaintiff's lawyers. I always rooted for the underdog."

Every young lawyer should seek a mentor

His most memorable law school class was spent with Dick DeGuerin, a legendary Texas trial attorney with whom Davis would end up working for more than a decade after graduating.

"He is a legend," Davis said, his admiration evident.

Working for DeGuerin "was a humbling experience, and I learned more from him in a year than I did in all three years of law school." DeGuerin's firm specializes in representing individuals or corporations under criminal investigation or prosecution, as well as regulatory enforcement actions and select civil matters.

Davis recommends that every young lawyer try to find a good mentor. What Davis learned from DeGuerin, for example, has been invaluable.  It has stood him well in advocating for his clients both inside and outside of court.

Working at DeGuerin's firm, "I tried some very high-profile cases and really learned, through hard work and handling a lot of complicated cases, how to best represent clients and practice law," said Davis.

By "high-profile" he casually glossed over the fact that he had appeared in a landmark case in front of the United States Supreme Court – where fewer than 1% of cases are accepted on appeal.

By the time that Davis was working on the case of Salinas v. Texas, he had left DeGuerin's office to start his own law firm.

When asked why he struck out on his own, he said, "It was time to move on. At some point, you have to get out from under the shade of a great tree, and he [Dick] understood that, too.  He's a great and generous man."

It did not do anything to change their relationship, though. The two of them still pool their respective talents on a regular basis, and did so as well on the Salinas case, which would travel all the way through the Texas appellate system to Washington, D.C.

Salinas v. Texas was in the same vein as Miranda – that is, the case everyone knows from crime shows on television: "You have the right to remain silent. Everything you say can be used against you in a court of law."

Davis was part of the team representing the petitioner, Genovevo Salinas, who was in prison for a double homicide.

The crux of the case was whether his silence during voluntary questioning by police could be used against him, even though he hadn't specifically invoked his right to remain silent during interrogation.

"Going to the U.S. Supreme Court is always an incredible and humbling experience," Davis said. "I was honored to be part of such a part of a momentous case."

Davis and DeGuerin worked on writing the briefs involved in the appeal, while attorney Jeffrey Fisher, who has a successful history of arguing Supreme Court cases, took point on the oral argument and spoke in front of the Justices. "I'm glad we had this team," Davis said. "We were certainly ready for it!"

Salinas ended up taking a strange turn with its majority ruling, shocking the nation by ruling in favor of the state.

With headlines like "You don't have the right to remain silent," it was clear how much of the public felt about the ruling.

Salinas is actually now taught in law schools and appears in questions on bar exams. It is a case cited every day in criminal courts across the country. To accomplish this is an enormous achievement for an attorney.

There was a very spirited dissent published by Justice Breyer that stated the prosecutor should have been prohibited from commenting on Salinas' silence, as it violated the Court's case law and underlying practical rationale. However, it was not enough to overcome the majority ruling.

Davis prepares every case exactly as if it is going to trial.

"I've been in depositions where opposing counsel has no idea where they're going, what the issues are, how to talk to a jury," Davis said. "They might have credentials that are yards long, but they're short on common sense."

When asked what one of the biggest problems in dealing with opposing counsel is, Davis said, "Rambo litigation tactics." Arrogant, unethical or irrational lawyers who hold up cases tend to slow down the process, and that "makes it very difficult. Lawyers need some level of confidence," but it is very difficult dealing with a lawyer who is a blowhard or full of himself (especially when he cannot back it up).

All the skills Davis has learned can be translated from a criminal context to civil. It does not matter whether the facts relate to a personal injury claim or a driving while intoxicated claim; what matters is the ability to talk to a jury and convince a judge.

While it is hard for people to compare a civil and criminal case, Davis believes there are a lot of similarities between personal injury lawyers and civil defense lawyers.

"We believe in our cause. We believe our clients should get justice. It's not perfect when money is the only way for them to get justice, but that's the only way in our society. It's not a perfect system, but it's the best system that anyone has come up with. People, though, don't realize how significantly tort reform has limited our rights.

As an example, he talked about a medical malpractice cap, which is a limit placed upon damages that a plaintiff can receive – if a doctor amputated the wrong arm, for instance, that patient usually would be limited to $250,000 in damages in Texas.

People think that personal injury lawyers "wear pinky rings, that they fly around in personal jets, just out to make money, file frivolous lawsuits—things of that nature." To Davis, nothing could be further from the truth. He's trying to get money for clients because it is the only remedy available. If he could give them back their loved one or a lost arm, that would be ideal, but it is obviously not a remedy.

Most lawyers do not like going to trial; it is expensive, emotional, and exhausting. Davis loves trials. He tries several major cases a year.

The majority of legal cases are settled out of court, but "sometimes it's in the client's best interest to go to trial," he said, adding that when he does take it to trial, the stakes are "really high."

"A lot of lawyers don't really enjoy what they do, and I can understand why." While many attorneys are stuck in high-rise buildings in sterile environments where they have to bill thousands of hours a year to earn their keep, Davis has his own office in a trendy mixed use area and goes to court often. "The practice I have is much more hands-on, and I have much more interpersonal contact than most lawyers have. I enjoy people, and love talking to judges and juries."

This is why he considers all of his cases particularly impactful, "different and unique in their own way."

Even so, there is one that stands out as very gratifying. A client had received an unfair trial and was serving a life sentence. Davis tried the case and got him acquitted – after that client had spent 20 years in prison.

"I am really proud of that one," Davis said, smiling.

Davis has a practice that is thriving. That does not mean he has no other interests, though.

"I love to spend time with my kids," Davis said. "We enjoy going to museums, watching movies, and playing outside. Really, old-school stuff. We try to limit electronics and make a rule of eating dinner together every night – even if I have to work late."

He also tries to read as much as possible, though, "Unfortunately, as I get older, I get busier, busier, busier." The last book he read was on the history of the Constitution, and now he is reading a biography on George Washington.

"I'm very lucky," he said. "I have a wonderful job, great clients, and a great family. I love what I do, and my wife and kids couldn't be more supportive."

And that's the path that Neal Davis has carved out.