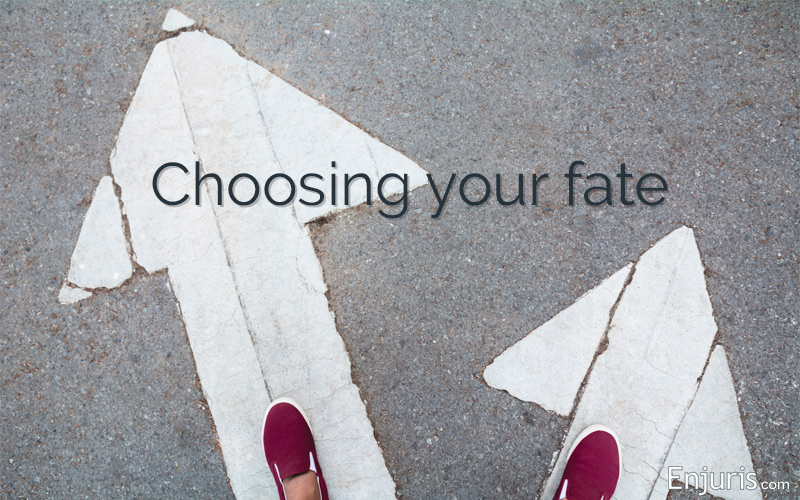 If you’ve ever watched a courtroom drama or read a legal thriller, then you’re probably familiar with a jury trial. But you might be surprised to learn that many civil trials in the United States are actually tried in front of judges.

In this blog post, we’ll take a look at the differences between jury trials and bench trials. We’ll also help you decide which is better for your personal injury case.

In a jury trial, a jury of your peers (12, 8, or 6 people depending on the state and the nature of your case) makes the final decision after hearing all the evidence.

The judge is present in the courtroom during a jury trial, but only for purposes of controlling the presentation of evidence, deciding any legal issues that might arise, and providing instructions to the jury. It’s the responsibility of the jury, as the “fact finder,” to ultimately decide which party’s version of the facts to believe and who wins or loses.

In a bench trial, the judge makes the final decision in your case after hearing all the evidence. Generally, the judge who proceeds over the trial is the same judge who was assigned to your case when it was filed.

In a jury trial, a jury made up of your peers makes the final decision in your case. In a bench trial, the judge decides whether you win or lose.  Tweet this

The United States doesn’t do a great job of keeping statistics regarding jury and bench trials. However, the US Bureau of Justice Statistics conducted a study in 2005 and found that:

According to a study conducted by the US Bureau of Justice Statistics, plaintiffs win more bench trials than jury trials.  Tweet this

Can I choose between a jury trial and a bench trial?

Unfortunately, you don’t always get to choose whether you have a jury trial or a bench trial.

The Seventh Amendment of the US Constitution grants the right to a jury trial in lawsuits involving money damages. But the seventh amendment only applies to federal courts.

Nevertheless, the vast majority of states have adopted some form of this right in their state constitutions. As a result, you’ll most likely have an opportunity to choose between a jury trial and a bench trial so long as your case involves financial damages.

Which type of trial should I choose?

Choosing between a jury trial and a bench trial is a strategic decision that depends on the specific facts of your case. With that in mind, here are 2 general beliefs that most civil attorneys share:

Plaintiffs in personal injury cases usually exercise their right to a jury trial.

With that being said, there are times when a bench trial is a better strategic decision. For example, in a case where the plaintiff is unsympathetic and the legal theory they’re putting forward is complex and hard for the average person to grasp, a jury trial might not be preferred by the plaintiff’s attorney.

Here are some generalizations to consider when choosing between a jury trial and a bench trial.

Keep in mind that the choice between a jury trial and a bench trial is exactly the sort of strategic decision you’re paying your lawyer to make. Not only will your lawyer be able to make a decision based on the specific facts of your case, but your lawyer will also be familiar with the prior decisions of your specific judge and the tendencies of the average juror in your county.

Need a lawyer for your personal injury case? Use our free online directory.