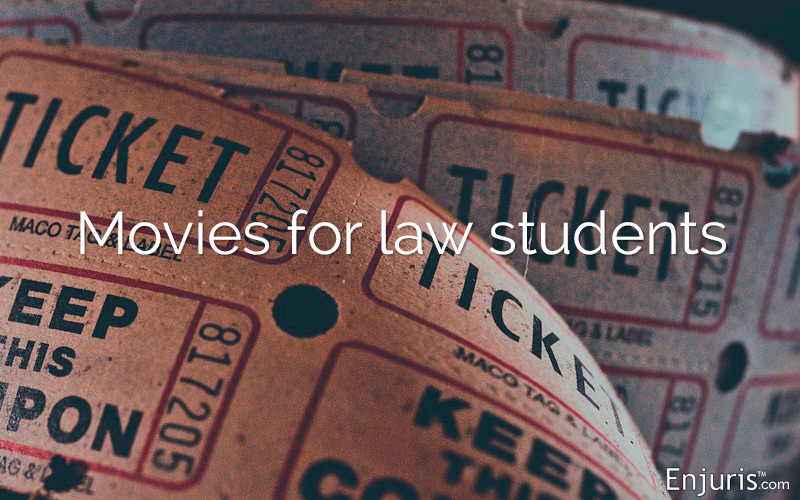 The scientific research is clear: even law students need downtime. So if you need a break, we recommend turning off the lights, microwaving some popcorn, putting your brain in neutral, and turning on a movie.

For current and prospective law students, here are 10 legal films to consider watching:

On the Basis of Sex 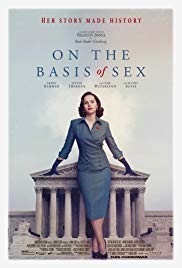 On the Basis of Sex is a biopic based on the life of Supreme Court Justice Ruth Bader Ginsburg. The movie focuses on the early part of her life, emphasizing her law school years and her first gender discrimination lawsuit. The movie, which writer Daniel Stiepleman explains is about “a young lawyer who is trying to find her voice,” is perfect for law students.

Extra credit: If you enjoy On the Basis of Sex and want to learn about the rest of Ruth Bader Ginsburg’s life, check out the 2018 documentary RBG. The film, directed by Betsy West and Julie Cohen, focuses on Ginsburg’s entire life with an emphasis on her time as Supreme Court Justice. 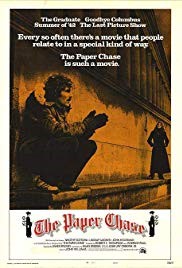 We mentioned The Paper Chase in our article describing books to read before law school, but if you haven’t had the chance to read the book, the 113-minute movie might be more palatable. The film, about a law school student’s relationship with his professor and his professor’s enigmatic daughter, features several all-too-familiar scenes involving the Socratic method. 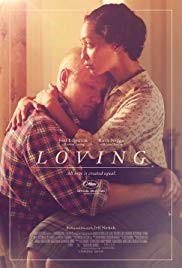 The 2016 film, directed by Jeff Nichols, is based on the lives of Richard and Mildred Loving, whose arrest for interracial marriage in Virginia in 1958 led to a legal battle that made its way to the Supreme Court of the United States. The movie, which garnered rave reviews, will provide a satisfying background for when you inevitably read Loving v. Virginia in your constitutional law class. 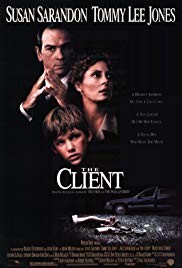 Though it might not be the most famous movie based on a John Grisham novel, The Client is noteworthy for two reasons. First, it features stellar performances from Susan Sarandon, Tommy Lee Jones, and William H. Macy. Second, it depicts one of the less-dramatized areas of law: dependency law.. 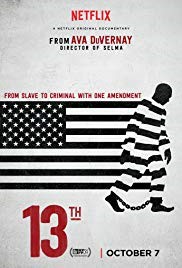 The title of Ava DuVernay’s documentary refers to the 13th Amendment to the Constitution of the United States, which reads: “Neither slavery nor involuntary servitude, except as a punishment for crime where the party shall have been duly convicted, shall exist within the United States.” The film tackles mass incarceration, the American prison industry, and racial inequality. It may not be an easy documentary to watch, but it will motivate you to pay attention during your next criminal law class. 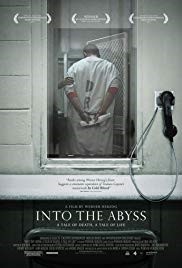 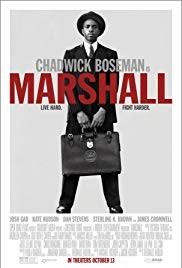 Starring Chadwick Boseman and Kate Hudson, Marshall is based on an early trial in the long career of Supreme Court Justice Thurgood Marshall. The movie follows Thurgood as he travels to Connecticut to defend a black chauffeur charged with sexual assault and attempted murder of his white employer. The case led to Marshall's creation of the NAACP legal defense fund. 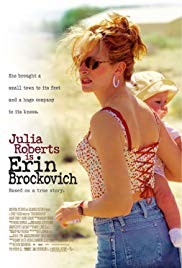 Julia Roberts plays a legal assistant who helps win one of the largest settlements ever against a California power company accused of polluting a city water supply. Based on a true story, the film will teach you that some things never change and that a good legal assistant is invaluable. 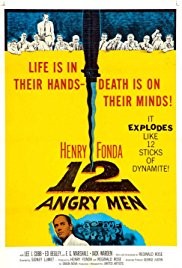 This classic legal drama staring Henry Fonda is about a single juror attempting to prevent a miscarriage of justice by forcing his colleagues to reconsider the evidence. The film is a good reminder that jurors are human and come into the courtroom with their own experiences that will impact the way they view the case. 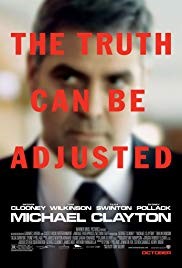 While most legal films focus on the heroics of a lawyer’s pursuit of justice, Michael Clayton takes a slightly different approach by focusing on a fixer brought in by a law firm to clean things up after a lawyer has a breakdown while representing a chemical company he knows is guilty. The film will leave you scrolling through the Model Rules of Professional Conduct.

Enjuris tip:If you liked our list of 10 movies that all law students should see, check out our article detailing the 10 books all law students should read.
Downloads:
Free personal injury guides for download to print or save. View all downloads.
Tell your story:
Tell your story - What would you want others to know? Tell us what happened in your accident, and how life has changed for you.
Find an attorney:
Search our directory for personal injury law firms.
See our guide Choosing a personal injury attorney.