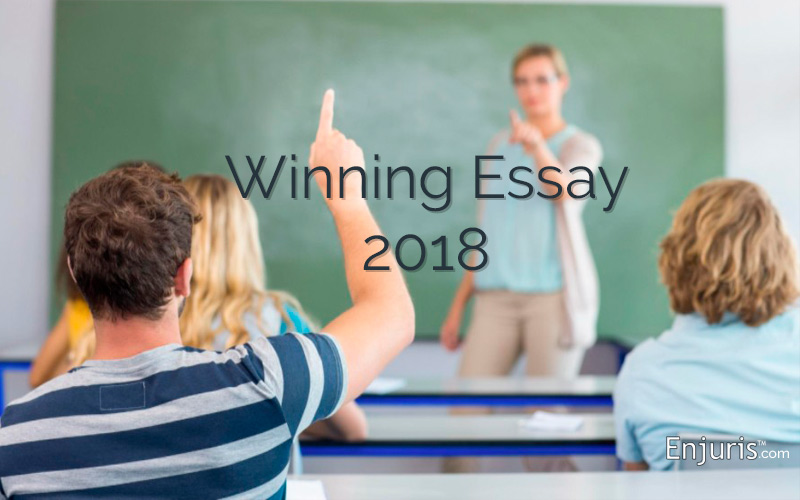 We carefully evaluated over 30 entries for this year’s scholarship essay contest. Picking just one winner was tough; there were a lot of thoughtful answers. In the end, the essay we selected stood out from the rest based on the argument presented and quality of writing.

Without further ado, we’d like to present to you the 2018 winning essay, submitted by University of New Mexico undergraduate freshman Ethan Sandweiss. Thank you and best wishes for the 2018-19 academic year, Ethan!

Essay question: Do you think cell phone manufacturers should be held responsible for distracted driving?

Cell phone manufacturers should not be held responsible for distracted driving because drivers must be responsible for their own actions. This battle of responsibility has played out in a Texas court recently involving a fatal crash which was the result of a driver checking their phone. The survivors of the deceased victims filed a suit against Apple, claiming that the lack of implementation of technology to “lock out” users in a moving car was a large contributing factor in the collision.

Cases like the above are often argued based on the fact that the manufacturer should have better designed their technology to save lives. This is the wrong angle to approach the problem from because it negates the driver’s responsibility to maintain a safe and alert presence during their operation of a motor vehicle on the roadway.

Furthermore, the ruling in favor of a lawsuit such as the one mentioned above would establish a dangerous precedent. This precedent would likely cause numerous lawsuits to be filed against food and beverage companies, car and stereo companies, and personal care companies for distracting drivers. Distracted driving encompasses much more than simply the use of a cell phone. Other significant distractions can include other people in the vehicle, the application of makeup while driving, or navigating a map while driving.

A recent study in Israel of 85 young drivers yielded results which indicated that when drivers listen to their preferred type of music, they also make more driving errors. This study is important to the topic because it further illustrates the position that both American court systems and companies would be in if a judge ruled that cell phone manufacturers were liable for distracted driving crashes.

Another crucial part of this issue which must be analyzed is how driving laws are written. While it is important to realize the changes a ruling like this could bring to the court system, it is also necessary that we identify if such a ruling would even align with current laws.

According to New Mexico traffic law statute 66-8-14: “Any person operating a vehicle on the highway shall give his full time and entire attention to the operation of the vehicle. Any person who operates a vehicle in a care-less, inattentive or imprudent manner..........is guilty of a misdemeanor.”

This statute very clearly states that drivers bear the full responsibility of maintaining awareness and attentiveness while behind the wheel. Furthermore, State Statute 66-8-14 directly contradicts the proposal that cell phone manufacturers should be held responsible for distracted driving, along with any other product manufacturers. This contradiction is present because the driver holds all responsibility, preventing the cell phone manufacturer from being liable.

Laws like the one mentioned above are not only found in New Mexico, but are actually on the books in all 50 states. The existence of such laws are important to protect companies like Apple from lawsuits which omit driver responsibility.

While the Texas case is yet to be resolved, the judge will most likely reference a statute like 66-8-14 to illustrate the importance of driver responsibility and the lack of liability for the defense.

“While cell phone manufacturers may have a moral incentive to implement systems which prevent distracted driving, it is clear that the necessity to do so by any court would be inconsistent and in direct contradiction of current traffic laws within the United States.”

While cell phone manufacturers may have a moral incentive to implement systems which prevent distracted driving, it is clear that the necessity to do so by any court would be inconsistent and in direct contradiction of current traffic laws within the United States. It is important that judges maintain awareness of this contradiction while dealing with lawsuits like the one mentioned above to prevent confusion and injustice within our country's legal system. 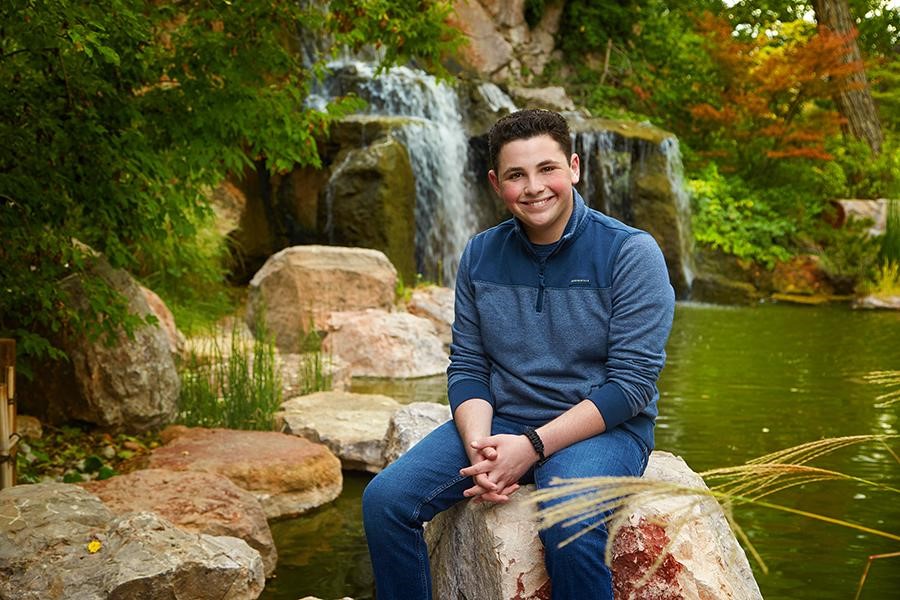 Ethan Sandweiss was born in Pomona, California. Around his first birthday, his family moved to Albuquerque, New Mexico where they have lived ever since. As a child, he always enjoyed constructing legos and watching police shows on TV. He started seventh grade at a local school named Pathways Academy.

After participating in a work-study program, Ethan quickly rose to manager of a "Snack Shack," the school store. He continued managing the Snack Shack until starting high school at NexGen Academy. He thrived in the technology-centered work environment and participated in an internship with the technology department. He was responsible for assisting students with computer problems and triaging software and hardware issues.

After completing this internship, Ethan worked at Chick-Fil-A. The positive work environment allowed him to grow and he has been promoted twice and is now a Shift Manager.

During this time, Ethan also joined an internship program with the Albuquerque Police Department. This internship allowed him to learn so much about the criminal justice system in New Mexico and also allowed him to apply as a Police Service Aide, a position which he is currently in the selection process for.

He graduated from high school as part of the class of 2018 and was accepted to the University of New Mexico where he is currently attending.

Well done, Ethan — and good luck with your studies!

Be sure to check out the winner of our Enjuris Florida 2018 Drive Safe Scholarship Contest.

Also, don’t forget to visit the Enjuris Scholarship page for our next essay contest (coming soon).