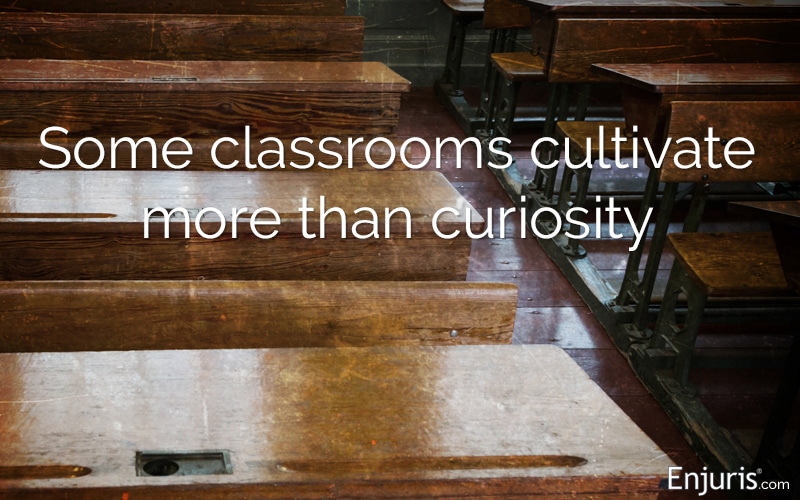 Yep, Monsanto is back in the news... and for all the wrong reasons.

A Washington jury awarded $185 million to 3 school teachers in a PCB poisoning lawsuit.

We’ll take a look at the lawsuit and what you should do if you’ve been exposed to PCBs or any other toxic chemical.

Table of Contents + show
What happened?
Other lawsuits against Monsanto
What should I do if I’ve been exposed to a toxic substance?

In 2016, after years of citing the school for various building code violations but failing to force the school to take any remedial action, the Snohomish County Health District ordered the school’s dilapidated building to be temporarily shuttered and repaired.

While repairs were being made, inspectors found polychlorinated biphenyls (PCBs) in the light ballasts and caulk used in the walls. Inspectors concluded that, as the infrastructure deteriorated, the PCBs were released into the air.

PCBs were manufactured exclusively by Monsanto before they were outlawed in the 1970s because they were demonstrated to cause a variety of adverse health effects, including cancer and various neurological issues.

Of the teachers, staff, and children who attended the Sky Valley Education Center from 2011 to 2015, more than 100 got sick.

In 2018, a group of 44 teachers, staff, and children filed lawsuits against the state of Washington, the Monroe School District and Monsanto, alleging that exposure to PCBs caused adverse health effects ranging from skin disease to cancer to paralysis.

Among the plaintiffs were 3 teachers, Kerry Erickson, Michelle Leahy and Michell Marquardt, who alleged in their lawsuit that exposure to PCBs caused them to suffer brain damage.

The teachers’ lawsuit further alleged that Monsanto manufactured, promoted, and sold PCBs for use in, among other structures, the Sky Valley facility, and that Monsanto did so despite having known of the dangers of PCBs since at least the 1930s.

“Since the 1930s, Monsanto has known that PCBs are toxic, yet promoted them without adequate warnings for electrical, construction, and other applications—until they were banned. Internal memoranda, however, show that while Monsanto knew PCBs are toxic, Monsanto made decisions based on PCB profits. As a consequence, PCBs were produced and incorporated into public buildings, including school buildings.”

Monsanto argued the level of PCB exposure at the school was low, and that the teachers’ alleged injuries could be the result of other safety issues at the 70-year-old facility, like extensive mold contamination.

After a 6-week trial, the jury awarded $50 million in compensatory damages to the teachers. In addition, each woman received $45 million in punitive damages.

Other lawsuits against Monsanto

If Monsanto sounds familiar to you, it may be because you’ve heard about other lawsuits against the agrochemical company.

On June 15, 2021, Monsanto reached a preliminary settlement agreement to resolve a class-action lawsuit that alleged that Monsanto was aware that Roundup had the potential to cause users to develop cancer but nevertheless advertised the weed-killing product without warning about its cancer risks.

A year earlier, in June 2020, Monsanto agreed to pay more than $10 billion to settle tens of thousands of similar claims involving Roundup.

What should I do if I’ve been exposed to a toxic substance?

A toxic tort lawsuit alleges that a toxic substance harmed the plaintiff. Toxic tort claims generally arise from one of the following situations:

Most toxic tort cases are brought under the legal theory of negligence. Negligence asserts that the defendant was careless and the defendant’s carelessness caused the injury.

Did you get sick from exposure to a toxic substance? Share your story in the comments below.