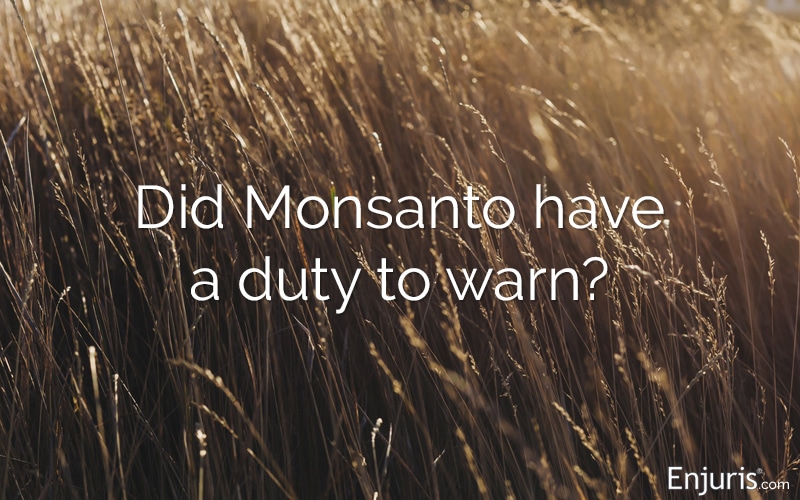 Monsanto is in the news once again.

This time, the embattled agrochemical company has agreed to pay $45 million to settle a class-action lawsuit that accuses the company of committing fraud with respect to its weed-killing product Roundup.

Let’s take a look at the proposed settlement, the other lawsuits that have been filed against Monsanto, and whether you can still file a lawsuit.

On August 19, 2020, a class-action lawsuit was filed against Monsanto in the United States District Court for the District of Delaware. The lawsuit alleges that Monsanto was aware that “Roundup has the potential to cause users to develop cancer” but nevertheless advertised the weed-killing product without warning about its cancer risks.

On June 15, 2021, the parties reached a preliminary settlement. If approved by the court, the settlement would allow consumers to seek up to 20% of the average retail price of any Roundup products they purchased.

At most, Monsanto would end up paying $45 million under the proposed settlement.

In a statement, Monsanto said the company “believes the settlement is financially reasonable and in the best interest of the company, and it is taking this action for commercial reasons and not due to any safety concerns.”

The fraud lawsuits are not the only lawsuits Monsanto is facing. Tens of thousands of personal injury lawsuits have been filed against Monsanto alleging that the plaintiffs developed cancer as a result of using Roundup.

Most of these personal injury cases were consolidated in multi-district litigation (MDL) in the Northern District of California and recently settled for a total of roughly $10 billion. The settlement is one of the largest settlements in the history of the United States.

Of the cases that were not consolidated, several have resulted in jury verdicts in favor of the plaintiffs, including a recent California lawsuit in which an Oakland jury awarded a couple $2 billion in punitive damages.

Real Life Example:Dewayne Johnson was diagnosed with terminal non-Hodgkin’s lymphoma in 2014 at 42 years old. He had been a school groundskeeper, and his job included regularly spraying Roundup as the school’s herbicide. Despite taking appropriate precautions, Dewayne was soaked in Roundup one day when his sprayer broke. Shortly after, he began to experience symptoms and was eventually diagnosed with cancer.

A San Francisco jury found that Monsanto failed to warn Dewayne that glyphosate, a chemical in Roundup herbicide and related products, has been linked to cancer. The jury awarded Dewayne $289 million, but the judge later reduced the amount to $78 million.

Can you file a lawsuit against Monsanto?

If you purchased Roundup or developed cancer as a result of using the product, you may be able to join a class-action lawsuit or file your own personal injury lawsuit to recover damages.

To recover damages, you typically have to prove that Monsanto was negligent. More specifically, you need to establish that:

For plaintiffs who developed cancer after using Roundup, the 3rd element (causation) is usually the hardest element to prove for 2 reasons:

Enjuris tip: The Enjuris Personal Injury Law Firm Directory is your first step toward getting help. There, you can find an experienced lawyer in your area who can discuss your options and help you recover the damages you deserve.

Have you used Roundup?

Let us know about your experiences in the comments below.