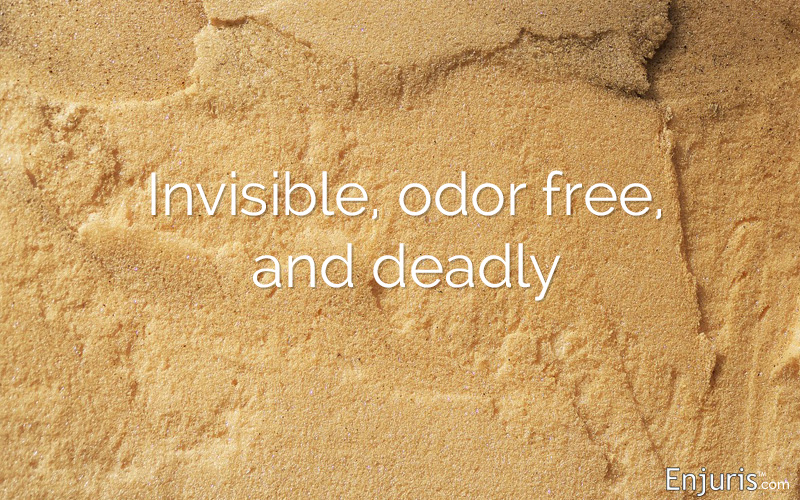 Construction workers have a higher risk of developing asbestos-related diseases. Learn about the dangers of asbestos exposure, the history of asbestos lawsuits, and the legal remedies that exist.

In this article, we’ll look at what asbestos is, what problems it causes for construction workers, how it can be avoided, and what legal options exist for workers who have been exposed.

Asbestos is a mineral fiber that occurs naturally in rock and soil. Because of its strength, flexibility, and heat resistance, asbestos has been used for decades in construction materials for insulation and as a fire retardant.

Health effects from exposure to asbestos

Unfortunately, asbestos can be extremely harmful to humans. Research has shown that exposure to asbestos increases your risk of developing:

How construction workers are exposed to asbestos

In most cases, exposure to asbestos only occurs when the asbestos-containing material (such as a sheet of insulation or vinyl floor tile) is disturbed or damaged in such a way that microscopic particles are released into the air and inhaled.

Notably, the presence of asbestos has dramatically declined since its peak in the 1970s. Today, there are only a few products that contain asbestos. This is due in large part to three actions taken by the Environmental Protection Agency (EPA) in recent decades:

Though EPA rules have certainly reduced the risk of asbestos exposure, asbestos still hasn’t been completely banned in the United States. What’s more, construction workers may still come in contact with old asbestos-containing products in homes and commercial buildings.

Construction workers who are most at risk of being exposed to asbestos include:

Facing factsA recent study by the Centers for Disease Control and Prevention (CDC) shows that 70–80% of asbestos exposure in the 20th century can be attributed to construction workers. Out of the 23 states analyzed, 96.3% of deaths from malignant mesothelioma were linked to shipbuilding and construction.

This changed in the 1960s when courts began interpreting the statute of limitations to allow employees to sue their employers at the time they discovered the harm caused by asbestos (even though this was often long after they were exposed).

As a consequence, the number of asbestos lawsuits skyrocketed and by the late 1970s, many companies eliminated asbestos from their products.

To date, some of the most famous toxic tort cases concern asbestos, including the infamous Libby, Montana, asbestos outbreak.

How to prevent exposure to asbestos

Although awareness of the dangers associated with asbestos has increased over the years, many employers are still not taking proper steps to prevent construction workers from encountering asbestos in the workplace.

In fact, a 2015 study reported airborne asbestos levels actually exceeded OSHA standards at many job sites from 1984 to 2011.

As a result, construction workers can’t simply rely on their employers to keep them safe. If you work in an area that may contain asbestos, you should take the following steps to prevent exposure:

Enjuris tip: The federal standards on the construction, alteration, repair, maintenance, renovation and demolition of structures containing asbestos can be found here: 29 CFR 1926.1101.

What to do if you’ve been exposed to asbestos

If you think you may have been exposed to asbestos, seek medical attention immediately. Not only can medical intervention help reduce undesirable health consequences, but seeing a doctor will help establish evidence of your exposure that may be important if you decide to seek compensation for your injuries at a later date.

If you’re exposed to asbestos and develop health problems as a result of your exposure, there are a number of potential legal theories you can use to establish liability and receive compensation. Some of the most common legal theories include negligence, strict liability, and workers’ compensation claims.

Let’s take a closer look at each of these theories below as well as the main defense to these claims.

For example, let’s say you’re a construction worker and your company forces you to work with asbestos but fails to provide you with the proper protective gear.

In this situation, the construction company, which owed you a duty to provide a reasonably safe work environment, likely breached that duty by failing to provide you with the necessary safety gear. So long as you can provide proof that the exposure to asbestos caused an injury, you will have successfully proved a negligence claim.

Unlike negligence, strict liability exists regardless of fault. The theory behind strict liability is that some activities are so dangerous that the person or company who caused the resulting injury should be held liable.

The most common example of strict liability is product liability. When a company makes a product available to others that is unreasonably dangerous (even when used properly), the company will likely be held strictly liable for any injuries that result from the dangerous product.

For example, let’s say a company creates insulation that contains asbestos but fails to seal the asbestos-containing material to keep it from separating and being released into the air. Such a product would likely be deemed unreasonably dangerous and the manufacturer would be held strictly liable for any injuries resulting from exposure to their product.

If you were harmed by asbestos while on the job, you can file a workers’ compensation claim.

The central issue in most asbestos cases is causation. As a reminder, a worker must show that their exposure to asbestos caused their physical harm.

The most common defense you can expect from employers and manufacturers in an asbestos case is lack of causation. Tweet this

Establishing this causal link can be extremely difficult for a couple reasons.

First, many exposures don’t produce any harm until years (and sometimes decades) after the initial exposure. This time gap allows the defendant to argue that some intervening factor such as exposure to asbestos in some other situation, genetics, or exposure to a different substance may have actually caused the harm.

Second, science is always evolving and it’s not always clear whether asbestos causes a particular injury.

As you can see, injury cases involving asbestos exposure can be especially complex.

If you have been injured as a result of being exposed to asbestos, we recommend talking to a personal injury lawyer to explore your legal options.