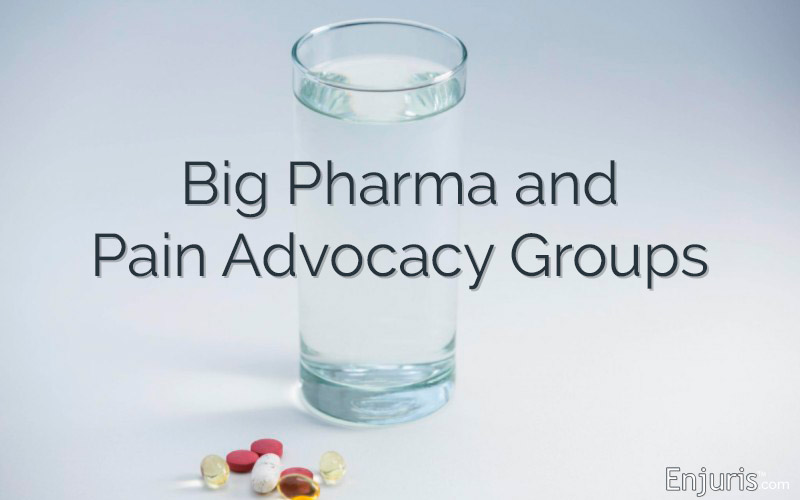 Nobody is quite sure when or how the “opioid crisis” started. However, a new report from the Senate committee investigating the epidemic might shed some light.

Called “Fueling an Epidemic,” the report from U.S. Senate Homeland Security & Governmental Affairs Committee’s ranking member, Senator Claire McCaskill, illustrates how drug makers paid millions to pain-treatment advocacy groups over a five-year period. Her initial report, released in September 2017, said that pharmaceutical companies (Insys in particular) did not have procedures in place to prevent opioid overuse. According to the new report, the relationship between Big Pharma and advocacy groups effectively marketed opioids to the most vulnerable patient population: those with cancer or conditions that can only be treated by the strongest of medications.

Opioids were effectively marketed to the most vulnerable patient population: those with cancer or conditions that can only be treated by the strongest of medications.

The pharmaceutical industry attempted to shape public opinion around controversial drugs like OxyContin, Vicodin and fentanyl, which are among the most addictive opioids and have already claimed thousands of lives. They succeeded for a while. Put bluntly, the report states that this “may have played a significant role in creating the necessary conditions for the U.S. opioid epidemic.”

See how opioids and fentanyl have affected one patient: read Richard’s story.

Companies like Purdue Pharma invested $4.7 million in third-party advocacy groups, leading the conversation for decades. Year after year, doctors and advocates were told by attractive, likeable salespeople about how wonderful opioids are and how efficiently they treat pain. Meanwhile, very little of their addictive natures was disclosed.

What do advocacy groups have to say about the report?

Advocacy groups have spoken up in response to Senator McCaskill’s report, noting that the investments go toward improving access to health care, assisting with copays or paying for methods of pain control other than opioids (such as physical therapy, chiropractic, massage therapy and acupuncture).

Most of the groups are non-profit and rely on donations to survive. Bob Twillman, executive director of the Academy of Integrative Pain Management, said that insurance coverage has actually been a barrier rather than a gateway to health care. Because so many patients pay out of pocket, they can only get the treatment they can afford; that generally does not include alternative care. He also stated that some patients do indeed require opioids, and that is only becoming harder in this medical climate.

The report showed that almost all health advocacy groups accept money from prescription drug manufacturers, and there is little to no transparency surrounding these payments. Additionally, the Journal of the American Medical Association said that 8% of groups reported “pressure to conform their organizations’ positions to the interests of industry funders.”

U.S. Pain Foundation: “...funding we receive has never nor will it ever influence what we will do to help people with chronic pain.”

The U.S. Pain Foundation was quick to refute the lack of transparency, putting out a statement regarding the report and saying that “[a]ny funding we receive has never nor will it ever influence what we will do to help people with chronic pain.” They also pointed out that their donors were even listed on the transparency section of their website, and that $2.5 million of the $2.9 million they received went directly to a copay assistance program for cancer patients (Insys Therapeutics is actually listed as the “copay assistance program sponsor”).

Accepting money from pharmaceutical companies is not a new practice, and advocacy groups are careful about how they allocate funds so they can quell any claims of impropriety. Tax returns are made available so the public can see how the money is spent. The relationship, however, still exists, and if it exists, then pressure can be applied by the person (or entity) holding the upper hand.

While Purdue Pharma has finally stopped marketing OxyContin to doctors, they still plan to sell it on the mass market.

Insys Therapeutics’ fentanyl spray, Subsys, was allegedly sold using kickbacks and bribes (the former CEO and founder was charged in October 2017 for these practices).

That company, along with Janssen Pharmaceuticals and Mylan, shelled out more than $10 million to 14 advocacy groups and doctors during the five-year period studied in the report. As the Associated Press said, this report could “bolster hundreds of lawsuits that are aimed at holding opioid drugmakers responsible for helping fuel an epidemic.”

There are many, many factors involved when trying to decipher the opioid epidemic. Was it just aggressive pharmaceutical manufacturers? Was it illegal fentanyl coming in from China? Was it overprescribing by doctors? Was it PIP fraud in Florida? Was it Medicaid expansion that gave more people access to opioids? Right now, we don’t know—but hopefully this Senate report will continue to illuminate business practices and untangle the opioid web a little bit more.