Red Jell-O powder in the showerhead.

Saran Wrap over the toilet seat.

Food coloring in... anything.

Classics, all. If you were once a kid (and we know you were), you might have been all-in for a great April Fools’ Day prank each year. But while April Fools’ Day seems like harmless fun, sometimes a joke or prank can go awry and leave someone injured.

The significance is that the Julian calendar set the new year to the spring equinox around April 1st. But there were some people who didn’t hear the news that the calendar had changed (remember—no internet, TV or newspapers in 1582!) or refused to accept the change. They continued to celebrate the new year in late March or early April even though the new year had changed to January 1st.

As often happens, the people who had already made the switch were mocked and teased and became known as “April fools.” As a result, they became the victims of hoaxes and pranks. (source)

There are other theories, too, like the day being tied to the 1st day of spring when nature would fool people with the weather being unpredictable.

However, regardless of why it started, April Fools’ Day is here to stay. It’s all fun and games—until someone gets hurt.

Can a person be sued for an April Fools’ Day prank?

Yes, they can. If the victim was physically injured and if the injury cost the victim money, they can hold the person who executed the prank liable for their injuries.

This hinges on the concept of negligence. Negligence is when a person causes harm because of an action (or failure to act) that results in a reasonably foreseeable injury to another person.

Something is “reasonably foreseeable” if an average person could anticipate that their behavior could possibly result in harm. For instance, if a prankster intentionally floods a room with water, it’s foreseeable that an unsuspecting person walking into that room could slip and fall, which could result in their being hurt.

There are 5 elements that are necessary to find someone liable for negligently causing injury to another person:

Proving Fault: What is the Tort of Negligence? 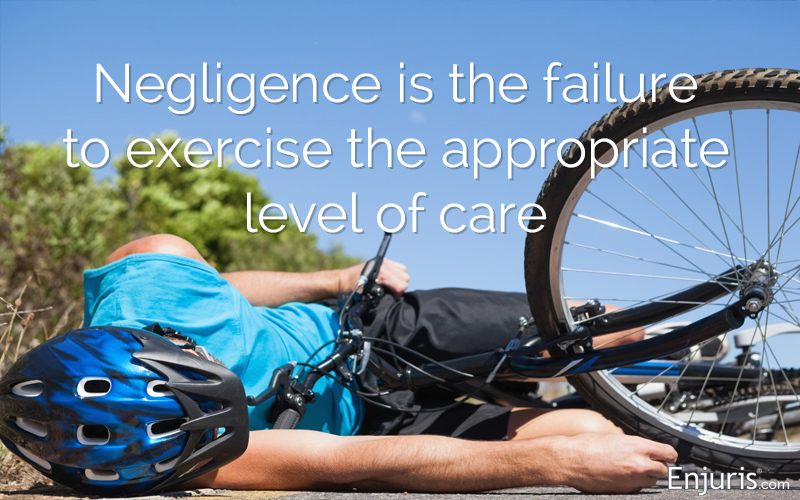 Negligence is one of the most common personal injury causes of action. The term is so common that people often throw it around without fully understanding what it means.

If you were injured and did not receive medical treatment or lose wages, you likely can’t recover damages because there’s no financial loss.

You can claim damages that include:

The FCC established a rule against broadcast hoaxes. A news media or radio station is not permitted to broadcast information that could foreseeably cause public harm or damage.

The rule says that the broadcaster can be held liable if they:

The section defines public harm as “direct and actual damage to property or to the health or safety of the general public.” This type of harm also includes diverting emergency personnel away from their duties.

This rule developed in the 1990s after on-air personalities claimed there were various types of emergencies, including explosions and hostage situations. Emergency responders were called by listeners and dispatched to the locations, which meant they were not available for real emergencies because they were responding to fake ones.

If a person is injured or ill and can’t receive emergency care because responders’ are unavailable because of a false alarm or April Fools’-inspired hoax, the person who created the hoax can be held liable for the injuries of the person who legitimately required emergency assistance.

How can you avoid being sued for an April Fools’ Day prank?

Look, we are all about fun. We’re not trying to dissuade some well-intended, harmless pranks 1 day a year. If you want to put clear plastic wrap over the toilet seat to give your partner a surprise on April Fools’ morning, we don’t want to rain on your parade. (You might have a mess to clean up, though.)

But there are other pranks that could involve much more risk than the simple ones.

Here are some tips for avoiding liability (and injuries) as you brainstorm your April Fools’ Day merriment:

If you were the victim of a prank that ended badly, you can explore legal options. Don’t try to get revenge—that likely won’t end well, either. Instead, take your injuries seriously, and get medical help if you need it. And if you suffered an injury for which you believe the prankster should be held liable, you can contact a personal injury attorney for help. Stay safe out there!