Denver has been ranked No. 4 among bike-friendly large cities in the nation. As biking becomes more and more popular for recreation and commuting, there are bound to be more accidents, too.

In fact, Colorado was one of only seven states that year to report that greater than 3% of its traffic fatalities were bicyclists (in the company of California, Florida, Hawaii, New York, Delaware and the District of Columbia).

But numbers don’t tell the whole story. Let’s take a look at some real-life stories of Denver bike crashes and how they affected their victims and the victims’ families.

Table of Contents + show
$52 million verdict awarded to bicyclist injured in crash
Denver hit-and-run bicycle crash
What are your legal options as an injured Denver bicyclist?

A jury awarded Gary Suydam $52.5 million for his injuries resulting from a car crash in 2017 that left him paralyzed.

On that fateful day, Suydam was commuting home from work by bicycle. He was traveling in a bike lane on West 26th Avenue when he was hit by a truck and then by a second car. He was lying in the street following being struck by the truck when the second car proceeded through the intersection; its wheel ran over Suydam’s head and dragged him several feet.

He’d crossed Wadsworth Boulevard properly at a green light. But driver Chelsea Brewer turned left from the opposite direction, causing the collision. Suydam was thrown from his bike and lay in the street when the second driver, Stephen Tecmire, followed Brewer in the same direction and then ran over Suydam.

Suydam later credited his bike helmet for saving his life, though he was left paralyzed and can’t move his lower body or hands as a result of the crash.

Suydam and his wife sued Chelsea Brewer and her employer, LFI Fort Pierce, for damages for his injuries. It would seem as though this is a straightforward injury case—cyclist gets hit, claims damages—but it was anything but simple.

One of the main issues in the lawsuit was whether Brewer’s employer was liable for the damages based on whether or not she was at work at the time of the crash. In order for the employer to be responsible for the actions of an employee, the employee must be acting in the course and scope of their employment at the time of the incident in question.

When Brewer hit Suydam, she was transporting two coworkers, along with supplies and company documents, to one of the company’s offices. Suydam’s lawyer claimed that the company was negligent because it didn’t train Brewer to drive properly. The company provides incentives to employees to drive their personal vehicles, but then makes them responsible for transporting other employees to various locations. Although it was a short trip, the employees who were in the car with Brewer knew that they would be paid only upon returning to the office and bringing a signed work order. The company argued at trial that Brewer wasn’t “required” to make that trip, but that she wanted to pick up her paycheck.

Ultimately, the jury determined that Suydam was entitled to recover the following damages:

Although the second driver, Tecmire, was found responsible for 10% of Suydam’s injuries, he is not civilly liable for damages. He was sentenced to five years in prison for his role in the crash. The court in Colorado later upheld the verdict on appeal.

Bike commuter Scott Baumfalk was riding to work on a September day. He was traveling through the intersection of South Holly Street and Honey Way, when he was hit by a car that continued to flee the scene. Baumfalk was thrown over the roof of the car and landed on the ground on Holly Street.

Baumfalk survived with just two fractured ribs and no internal injuries, but he talked about the irony of the situation—which was that his friend and fellow cyclist Steve Perkins had suffered a similar accident just weeks earlier, but Perkins did not survive.

Although there was surveillance footage of the car that killed Perkins, the driver hasn’t been identified. Unfortunately, Baumfalk also doesn’t have a person to hold responsible for his injuries. The accident happened too fast for him to get a physical description of the vehicle. Four Good Samaritans who assisted Baumfalk at the scene were focused on checking on his condition, and the car sped away too fast for anyone to capture a license plate number.

What are your legal options as an injured Denver bicyclist?

Colorado is an at-fault state, which means the person who is responsible for causing the accident is expected to pay for any injured people’s costs.

Some accidents are cut-and-dried; the driver takes responsibility and their insurance covers the cost of your injuries. But more often than not, it’s not that clear or simple.

We already know that the law favored Mr. Suydam; the legal question was less about who was liable, but about the extent to which the employer was responsible for the action of an employee.

But what about Scott Baumfalk?

If you don’t know who hit you, you have no one to sue. That’s the sad and unfortunate truth about Colorado hit-and-run accidents. However, the police department has ways of investigating crashes and identifying drivers—it could take some time, but a hit-and-run isn’t always a lost cause.

Hiring a personal injury lawyer is also a route to recovery; your lawyer can work with detectives and review evidence to attempt to find the culprit.

Regardless of circumstance, if you’ve been injured in a Colorado bike accident and are looking for financial recovery, a skilled and experienced Colorado personal injury lawyer can help. The team at the Babcock Law Firm is ready and able to take your case, and we know how to get the results you need. 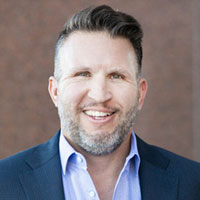 When you’re up against a corporation or insurance company with a workers’ compensation claim, insurance dispute or personal injury matter, you can be confident in the Colorado accident attorney representing you at The Babcock Law Firm. We’re well versed in the tactics big companies use to try to prevent you from receiving the settlement or benefits you deserve, and we are fully committed to helping people just like you fight and win cases. View our profile and visit our website today.