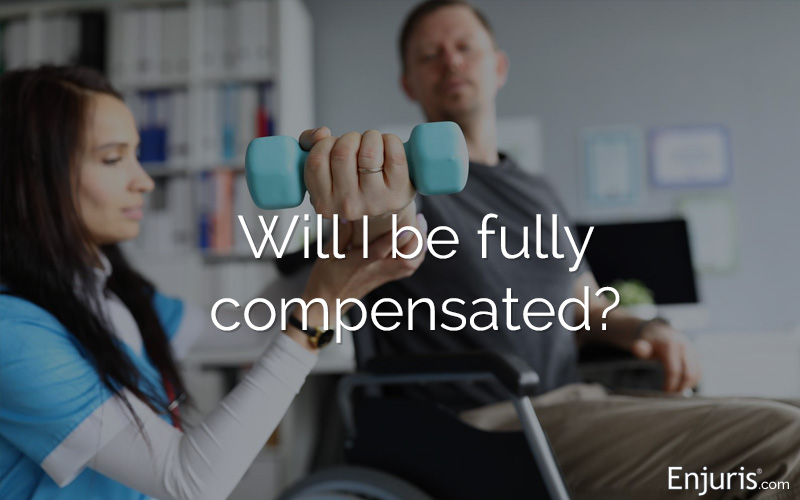 Table of Contents + show
Find out what types of damages you can recover and whether there are any damage caps
Compensatory damages
Punitive damages
Attorneys fees
Damage caps
Estimating the value of your claim
Factors that may reduce your damages
If you're injured in an accident in Alabama, you're entitled to compensation from the party that caused your injury. The amount of compensation you're entitled to varies depending on the circumstances surrounding the accident and your injury.

One of the primary goals of an Alabama personal injury lawsuit is to receive compensation from the person or entity legally responsible for your injuries.

The legal term for the compensation you receive in a personal injury lawsuit is “damages.”

The amount of damages you receive may be agreed to as part of a settlement or may be decided by a judge or jury after a civil trial.

Before you start adding up the damages you believe you deserve, it’s important to understand the types of damages available, damage caps and other factors that may reduce your damages in Alabama.

Compensatory damages (sometimes called “actual damages”) are intended to compensate you for the losses caused by your injury.

“The amount [of compensatory damages] awarded shall be precisely commensurate with the injury suffered, neither more nor less.” - Birdsall v. Coolidge, 93 U.S. 64 (1876)

Let’s take a closer look at each.

Economic damages (sometimes called “special damages”) are intended to compensate you for the objectively verifiable monetary losses that result from your injuries.

Examples of economic damages include: 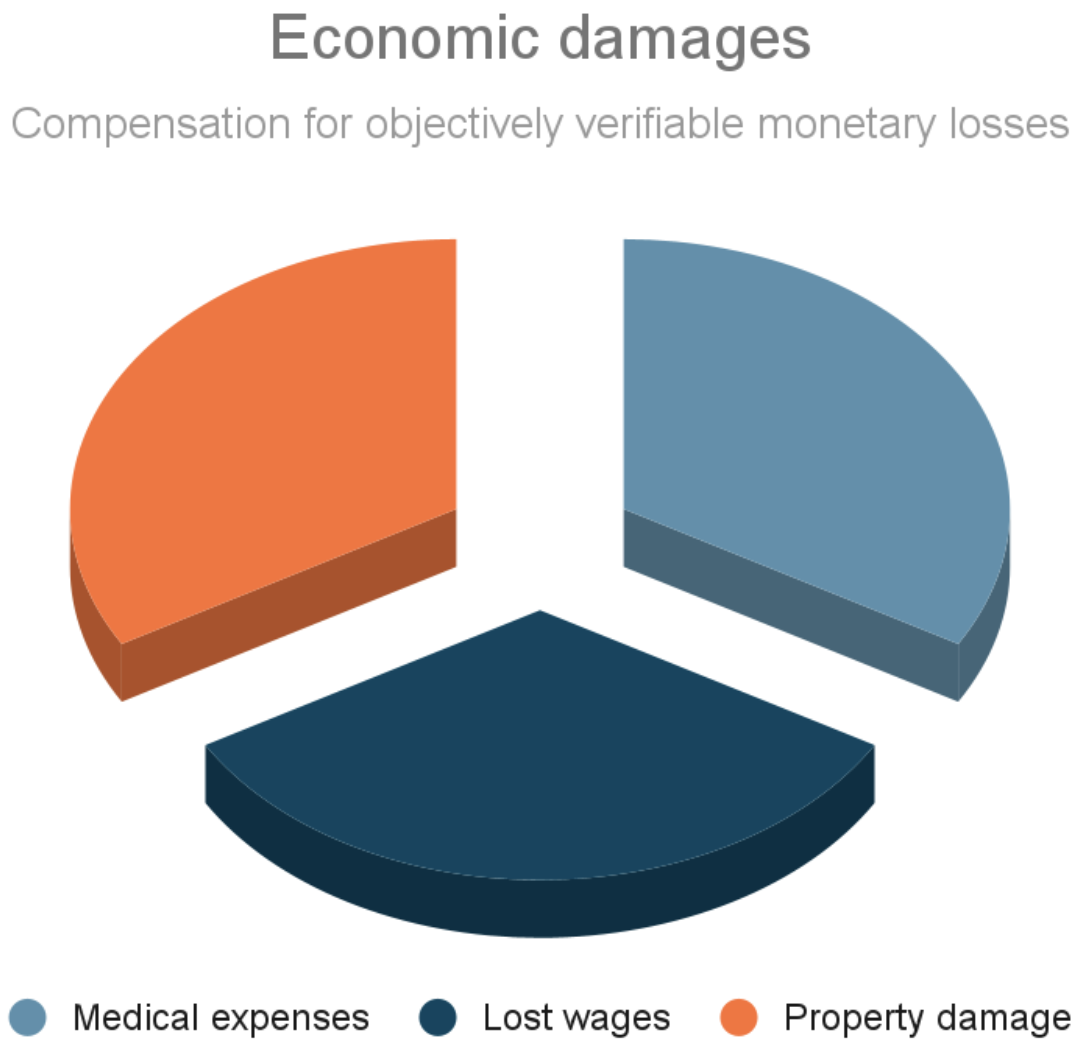 Punitive damages are intended to punish the defendant for their actions and deter similar conduct in the future.

In Alabama, punitive damages are only awarded in 2 types of cases:

Alabama follows what is known as the “American rule.” The American rule states that the losing party is generally NOT required to pay the winning party’s attorney’s fees.

There are a couple of narrow exceptions to this general rule, including instances in which the recovery of attorney fees is provided for by statute or contract.

Alabama used to have laws that limited the amount of damages you could recover in certain situations. However, most of these laws were declared unconstitutional.

Currently, there are only 2 damage caps in Alabama:

Estimating the value of your claim

Insurance adjusters and attorneys often use a simple formula to estimate how much a person’s claim is worth. The formula is as follows:

Keep in mind that this is only a starting point. The final amount awarded to a plaintiff can go up or down significantly depending on a number of factors, such as:

Real Life Example:Sharon Juno, a patient at Thomas Hospital in Fairhope, Alabama, was discharged after being treated for dialysis-related complications.

When Sharon’s physician’s discharge summary was transcribed, it contained several critical errors, including the dosage of insulin, which was written as 80 units instead of 8 units.

Sharon died as a result of the mistakes in her discharge summary.

At the end of the 2-week trial, the attorney representing Sharon’s estate asked the jury to award $70 million in punitive damages. The jury deliberated and awarded $140 million.

To date, this $140 million award is one of the largest in Alabama history.

Factors that may reduce your damages

Alabama requires plaintiffs to take steps to minimize or “mitigate” the harm they suffer. If a plaintiff fails to mitigate their damages, their damage award may be reduced.

How do you mitigate damages?

Follow your doctor’s orders and avoid participating in activities (such as sports) that might aggravate your injury or slow your recovery time.

Second, keep track of all your medical expenses. Additionally, keep track of your injuries' impact on your day-to-day life (for purposes of supporting a pain and suffering or emotional distress claim).

Finally, it’s important to remember that Alabama is a pure contributory negligence state. This means that if a plaintiff is even 1 percent responsible for causing their injuries, they’re barred from recovering ANY damages.