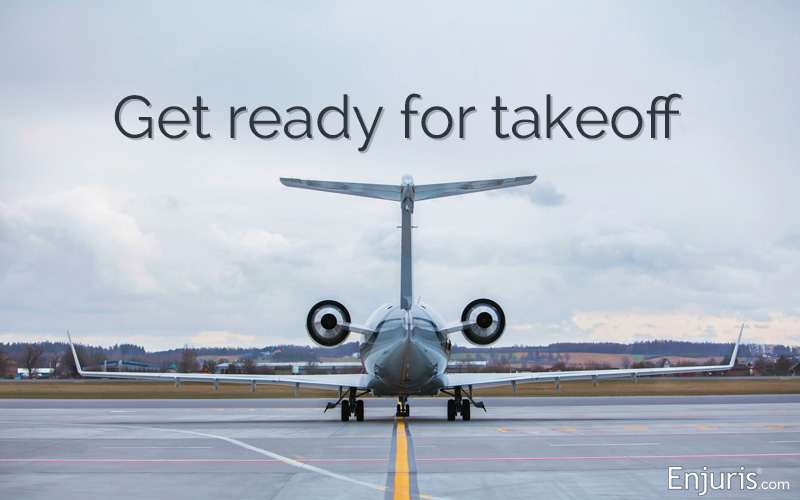 Not every plane accident happens in flight

On November 14, 2021, the first crash of Island Airways happened over Lake Michigan. Four people were killed and an 11-year-old girl survived after a small plane went down at a Beaver Island airport, west of Mackinaw City.

The twin-engine Britten-Norman commuter plane was flying from Charlevoix on Michigan’s lower peninsula when a Coast Guard helicopter received an emergency transmission. Though it’s tragic, officials say plane crashes like these are uncommon. The last crash in that region was in 2001, when a twin-engine turboprop plane crashed into trees about a mile from the airport. In that crash, a mother and 3 children survived.

Among U.S. air carriers, crashes are few and far between. Airlines for America reports on plane safety each year. Since 2010, there have been fewer than 40 reported crashes each year and very, very few fatalities. This chart shows the number of crashes and fatalities for U.S. airlines performing scheduled services worldwide from 2010-2020.

However, injuries related to aviation and plane accidents do happen, and often they’re not from a crash.

There are slip-and-fall, trip-and-fall, luggage handling, and other types of accidents that can result in injuries to passengers and airline employees.

What is general aviation?

General aviation (GA) includes all civilian flying except passenger airlines. There are more than 198,000 general aviation aircraft registered in the U.S., and there are nearly 500,000 certified pilots who fly GA aircraft.

According to the Federal Aviation Administration (FAA), the top causes of fatal GA accidents are:

However, the majority of aviation accidents and plane crashes are caused by 1 of 3 factors:

Although there are stringent standards for becoming a licensed pilot, even experienced pilots make mistakes.

Car accidents happen even though the vast majority of drivers have driven far more than 40 hours. Pilot inexperience is a huge factor in small plane accidents. Just like the driver of a car must know how to handle an icy patch on the road, a pilot must be skilled and experienced in dealing with an unexpected event that crops up. Storms, wind, and other elements can make for hazardous flying.

Likewise, some mechanical malfunctions can be successfully handled mid-flight. If the pilot knows the mechanics of the plane and can figure out how to properly and quickly respond to the problem, they might be able to salvage the flight without incident.

If there’s a severe storm, a large jetliner can usually climb to a higher altitude that allows it to soar over the storm. But a small plane is more susceptible to sudden bad weather conditions. A big wind gust or poor visibility could cause the plane to crash or spiral out of control.

Small plane pilots should be tuned in to weather conditions, both actual and anticipated, and modify their flight course accordingly. Pilots need to be trained to not only manage a weather event, but also to predict when it might happen.

Plane travel is a double-edged sword. Although a commercial flight is much safer than a small aircraft flight, if a crash were to occur you’re much more likely to survive if you’re on a small plane than a large jetliner.

A small plane could force a landing in a rural or unprepared area, whereas a commercial jetliner likely can’t, due to its size and speed of travel. A small plane has a better chance of managing to coast to an unexpected landing. Even so, an equipment malfunction can lead to tragedy. Even the most experienced pilot can only do so much if the plane’s equipment fails.

Sometimes, a plane will encounter turbulence or come to a sudden stop on the runway, and even though the plane doesn’t crash, passengers could be jostled or bumped around in the cabin.

For example, you might get hurt by bumping your head against the window or a seat. There have also been minor injuries from tray tables that were not correctly secured, or there could even be injuries related to items falling out of overhead storage bins.

Passengers can also suffer injuries from slip and fall accidents on a flight. This could happen while walking to the bathroom, or while boarding or deplaning. The airline staff is responsible for cleaning up any spills or anything that would make the floor slippery in a timely manner, as well as clearing any debris that could cause a falling hazard.

It’s the flight crew’s responsibility to ensure that passengers are not injured from these types of situations, including injuries from food carts and other foreseeable hazards.

Another possible hazard we hear about is injuries from passenger behavior. There are instances when a passenger might become physically aggressive or have an altercation with either another passenger or with a member of the flight crew. The airline can’t control a passenger’s behavior, but liability will hinge on whether the airline took necessary precautions to foresee and prevent an injury.

An airline or airport employee who is injured while performing tasks related to their job could be eligible for workers’ compensation. Unlike railroad employees, who are eligible only for Federal Employers’ Liability Act (FELA) benefits, airline employees are eligible for the same workers’ comp benefits as any other worker in any industry.

The likelihood of being injured as an airline or airport employee depends on the nature of your job. A flight attendant or baggage handler is more likely than a ticket agent, for example, to strain their back while lifting heavy items.

If you’re in a plane crash or any aviation accident that involves a commercial airline, the company has a heightened duty of care to passengers because an airline is a “common carrier.” A common carrier is any mode of transportation that’s offered a service to the public and has a higher duty of care for safety —  including buses, taxis, cruise ships, etc.

Whether or not the crash was a general aviation aircraft or a commercial plane, there are usually 2 possible causes of action for a plane crash: negligence and strict liability.

A flight crash investigation could take months. Regardless of whether lawsuits are filed, the FAA and the NTSB investigate all crashes because they want to know what went wrong in order to prevent future accidents.

Enjuris tip:Negligence is when a person or entity causes injury by creating a hazardous situation or failing to avoid a hazard to another person.

In a plane crash, negligence could be attributed to the following parties:

What damages are available following a Wisconsin plane crash?

If someone is killed in a plane crash, their surviving family members (the spouse and children, or parents and heirs if there is no spouse or children) can recover the following compensation by filing a wrongful death lawsuit:

If you’ve been injured or lost a loved one in an aviation accident in Wisconsin, help is available to you and your family.

A Wisconsin personal injury lawyer who specializes in these types of cases should understand the complicated laws and regulations around the airline industry and private aviation, and they can help you navigate the complex legal system.