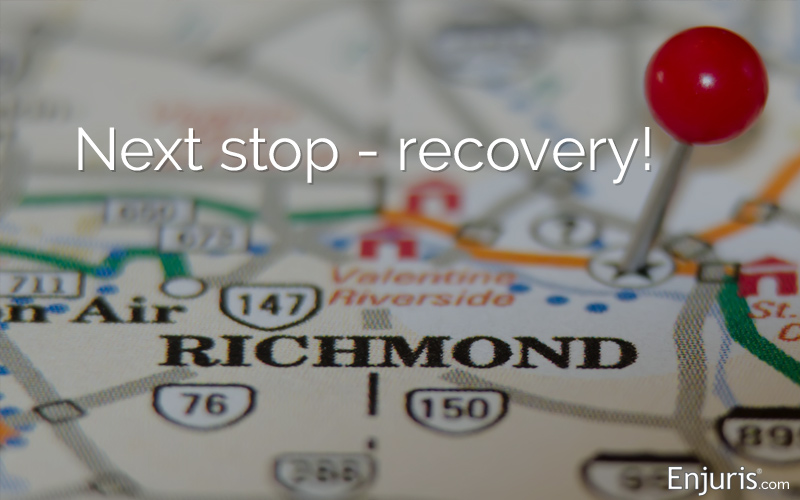 According to the National Highway Traffic Safety Administration (NHTSA), traveling by bus is roughly 10 times safer than traveling by car.

In Virginia, only 1 bus occupant was killed in 2018, and 284 were injured. (In comparison, 551 passenger-vehicle occupants were killed and 60,176 were injured that same year.)

Though not common, bus accidents do occasionally happen. If you’ve been injured or a loved one has been killed in a bus accident, the first thing you’ll need to understand is that there are legal differences between bus accidents and passenger-vehicle accidents.

The term “bus accident” refers to an accident involving any public or private bus, including:

We can learn a lot about how bus accidents happen by examining bus driver actions right before an accident.

Due, in part, to Virginia’s strict drunk driving laws that apply to public and private bus drivers, it’s rare that a bus accident occurs as a result of a driver being intoxicated. In 2018, there were NO bus accidents involving alcohol. On the other hand, alcohol was a factor in 6,773 passenger-vehicle accidents.

However, some common causes of bus accidents include:

Real Life Example: Tao’s Travel bus crash (2019)
A private charter bus, Tao’s Travel, was transporting passengers through Prince George County on Interstate 95 when the bus veered off the left side of the exit ramp and overturned.

“The bus swerved like a rollercoaster and tumbled 5 or 6 times,” said one of the passengers.

Two passengers were killed and dozens were injured in the accident. The bus driver, Yui Man Chow, was charged with 2 counts of involuntary manslaughter after investigators determined that he was speeding. Lawsuits filed by the injured passengers and the loved ones of the deceased are still pending.

A handful of federal and state laws intended to make bus travel safer have been passed over the years.

Virginia has also passed several state laws to improve bus safety. For example, the legal BAC limit for bus drivers is lower than the legal limit for passenger-vehicle drivers. The majority of laws passed, however, apply to school buses in Virginia.

Determining who’s liable for a bus accident requires that you determine who caused the accident. In most cases, there are only a handful of possibilities:

How contributory negligence plays a role in Virginia bus accidents

Virginia is one of the few states where a plaintiff is prohibited from recovering any damages if they’re found even the slightest bit at fault. This law is known as the “pure contributory negligence law.”

Let’s look at an example to see how this law might apply to a bus accident case.

Rachel slows down (but doesn’t come to a complete stop) before passing through the stop sign. Bill doesn’t even bother to slow down at the stop sign. Both vehicles collide.

Because Rachel was partially at fault for the accident (even though she was only 20% at fault), she’s unable to recover ANY damages under Virginia’s pure contributory negligence rule.

If you’re a bus driver involved in an accident, you’ll most likely file a workers’ compensation claim instead of a personal injury lawsuit. Workers’ compensation is a form of insurance that pays medical expenses and lost wages to employees who are injured on the job.

Enjuris tip:
Workers’ compensation is no-fault insurance, which means that you can receive compensation regardless of who’s at fault for the accident.

Traveling by bus is statistically very safe. Every year there are roughly 70 times more highway passenger-vehicle and motorcycle fatalities than public transit fatalities in the United States. This makes sense when you consider that buses are significantly larger than passenger vehicles and motorcycles, travel more slowly, and usually have highly-experienced drivers.

Nevertheless, accidents do happen. When they do the injuries can include:

Enjuris tip: Punitive damages, which are intended to punish defendants and are only awarded in cases where the defendant’s actions were particularly egregious, are capped at $350,000 in Virginia.

If a loved one is killed in a bus accident, certain family members can recover damages associated with the loss by filing a wrongful death lawsuit.

Statute of limitations and other procedural requirements

In Virginia, the statute of limitations for bodily injury or property damage resulting from a bus accident (in most cases) is 2 years.

If the plaintiff is under the age of 18, the 2-year clock doesn’t start running until they turn 18.

If the plaintiff is suing the government (as they would if they’re suing a public transportation system), Virginia Code Section 8.01-195.6 requires the plaintiff to file a “notice of claim” within 1 year of the accident. There are specific steps plaintiffs must take when filing a notice of claim, and if they fail to follow these steps, their case will be barred. Consequently, it’s highly recommended that you speak with an attorney right of way if you think your lawsuit might involve the government.

Should I consult a bus accident attorney near me?

A bus accident isn’t as straightforward as a regular car accident. There may be several liable parties, including large companies and government agencies. What’s more, there are usually dozens of witnesses (many of whom will be filing their own lawsuits).

An experienced personal injury attorney can help ensure you receive the compensation you deserve. To locate a bus accident attorney in your area, head over to our free online directory.