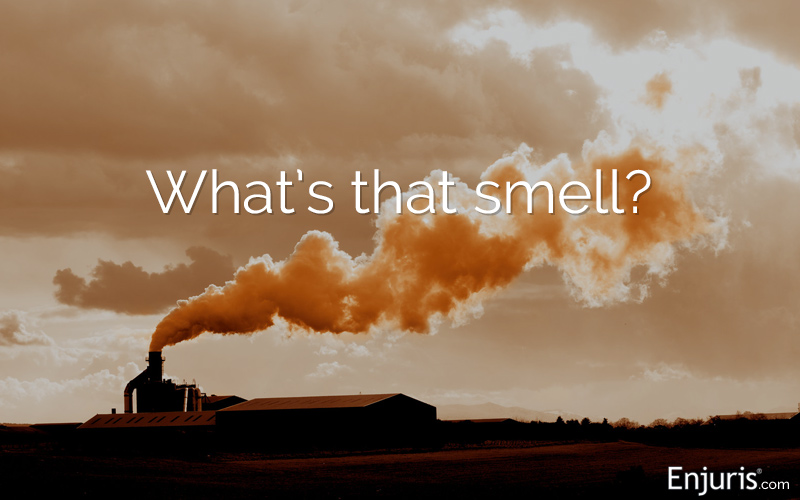 When can companies be held liable for damages caused by pesticides, chemicals, and other toxic substances?

A “toxic tort” lawsuit alleges that a toxic substance harmed the plaintiff or their property.

Tennessee courts have seen their share of high-profile toxic tort lawsuits, including a lawsuit stemming from the Tennessee Valley Authority Kingston Fossil Plant ash spill that caused the deaths of 50 people.

Toxic tort litigation can take several years and—although the verdicts and settlements tend to be high—plaintiffs face obstacles that usually aren’t present in other types of personal injury cases.

Toxic tort claims generally arise from one of the following situations:

Though the situations listed above are the most common, there is, unfortunately, no limit to the situations in which you may be exposed to toxic substances.

Legal claims to recover damages for toxic tort injuries—what do I need to prove?

There are several legal claims that can be made to recover toxic tort damages depending on the specific circumstances of your exposure.

Let’s take a look at the most common bases.

Toxic tort claim based on negligence

Most toxic tort cases are brought under the legal theory of negligence. Negligence essentially asserts that the defendant was careless and the defendant’s carelessness caused the injury.

A commercial driver transporting a gas that is toxic when inhaled failed to properly close the container holding the gas. As a consequence, the gas leaked from the truck while the truck was parked in a rest area and injured nearby drivers and customers who inhaled the gas.

In this example, the commercial truck driver or the trucking company would likely be found negligent due to the driver’s carelessness in failing to properly close the container.

When negligence is alleged, the plaintiff must establish 3 elements:

In toxic tort cases where strict liability is alleged, there’s no need to prove that the defendant did anything “wrong.” The plaintiff need only prove that the activity causing the harm was “abnormally dangerous.”

In determining whether an activity is abnormally dangerous, Tennessee courts consider the following non-exclusive factors:

The most common example of strict liability is product liability. When a manufacturer sells a product that is unreasonably dangerous even when used properly, the manufacturer will likely be held strictly liable for any injuries that result from the dangerous product.

Real Life Example: A Hamilton County jury awarded $1.4 million to the surviving spouse of Kenneth Jackson. Kenneth worked for 34 years as a pipefitter at Combustion Engineering in Chattanooga, Tennessee.

Enjuris tip: Learn more about workers’ compensation laws in Tennessee, and find out what steps you need to take to file a claim.

Causation is particularly difficult to prove in toxic tort cases for 2 reasons:

In addition to the problems with causation, plaintiffs in toxic tort cases face other hurdles:

Tennessee limits the amount of time you have to file a civil lawsuit. This time limitation is referred to as the “statute of limitations”.

For toxic torts in Tennessee, you have 1 year to file your lawsuit.

The clock generally starts ticking on the date you are exposed to the toxic substance. However, in some cases, the “discovery rule” may apply. Under the discovery rule, the clock doesn’t start ticking until you learn (or reasonably should have learned) that you suffered an injury.

Determining when the 1-year statute of limitations begins is particularly difficult in toxic tort cases. The best thing you can do to preserve your rights is to meet with an experienced Tennessee attorney as soon as you think you may have a claim.

Real Life Example:
In 2008, a coal ash storage pond retaining wall collapsed at the Tennessee Valley Authority (TVA) Fossil Plant in Harriman, Tennessee. The collapse sent 7.3 million tons of toxic waste into nearby homes and the Cinch and Emory rivers.

Roane County initially declined to sue the TVA, instead accepting the TVA’s offer to spend $43 million on economic development projects in the area. Roane County changed their minds in 2018 when attorneys in a different trial presented evidence that the TVA had not fully disclosed the dangers of coal ash.

When Roane County finally decided to file a lawsuit, the federal court quickly dismissed the case on the grounds that the statute of limitations had expired. The federal judge pointed out that there were plenty of publicly available documents explaining the dangers of coal ash. In other words, Roane County should have known about the potential harm soon after the spill.

As the federal judge explained:

“The plaintiff cannot reasonably contend that ordinary diligence and inquiry into the largest environmental disaster in United States history would not have revealed the dangerous effects of fly ash, one of the toxic chemicals released by the spill, and the threat it posed to plaintiffs’ communities.”

To date, 50 cleanup workers have died and more than 400 others have become ill.

Toxic tort cases often result in very high verdicts and settlements. However, toxic tort cases have a reputation for being very lengthy, with many of them lasting several years.

Enjuris tip: Learn more about damages in Tennessee personal injury cases, including the formula attorneys and insurance companies may use to estimate your claim value.

Ready to talk to an experienced Tennessee attorney about your potential toxic tort claim? Use our free online directory to get started.