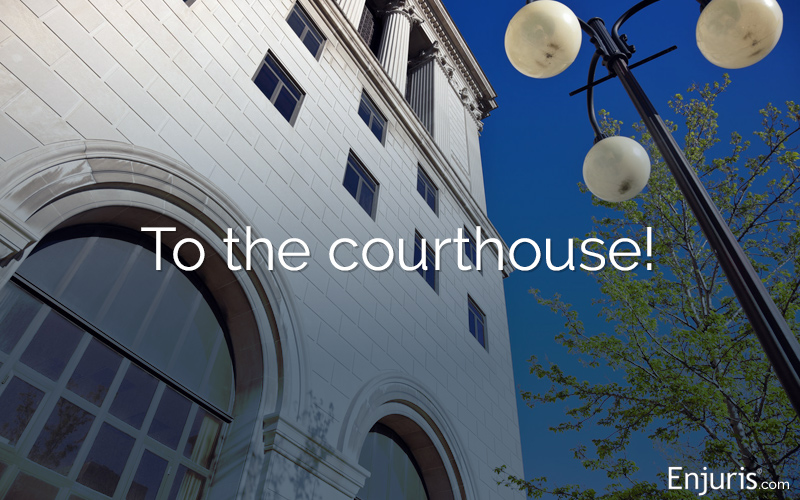 A guide to the Tennessee court system

Table of Contents + show
A guide to the Tennessee court system
State trial courts
General sessions courts
Federal courts
Appellate courts
Choosing a venue for your personal injury case
The courthouse down the road might be convenient, but that doesn’t mean it’s the right place to file your lawsuit. Learn about the different civil court systems in Tennessee.

So you’ve been injured in an accident in Tennessee and now you want to sue the at-fault party for damages. Before you can begin to make your case, first you need to figure out where to file your lawsuit.

Although the courthouse closest to you might be the most convenient place, that doesn’t mean the laws of the state allow you to file your lawsuit there.

Let’s take a look at the different court systems in the Volunteer State, focusing on where your civil claim can be filed.

Circuit courts are courts of general jurisdiction, which means they can hear and decide all issues that are brought before them, including:

Facing factsAccording to the 2018-2019 Annual Report of the Tennessee Judiciary, there were 49,148 lawsuits filed in Tennessee circuit courts in 2018.

Judges in circuit courts are elected to 8-year terms. Each circuit court has a set of local practice rules that lawyers must follow in addition to the state rules of civil procedure. These rules cover topics like:

Probate courts are also considered state trial courts, but probate courts only hear matters related to the probate of wills and the administration of estates.

Enjuris tip: Learn more about what you can expect in a general sessions court with this guide created by the Tennessee Administrative Office of the Courts.

District courts can only hear cases that involve a violation of the U.S. Constitution (or some federal law) or cases where there is complete diversity. Complete diversity exists when:

Keep in mind that just because your case can be filed in federal court doesn’t mean it has to be filed there. You can choose to file in state court, though the opposing party might try to “remove” your case to federal court.

Enjuris tip: There are advantages and disadvantages to filing in federal court. A Tennessee attorney can help you decide the best place to file your lawsuit.

The appellate court won’t retry your case or hear new evidence. The court will simply review the decisions made in the trial court (along with the evidence that was admitted in the trial court) to make sure the proceedings were fair and the proper law was applied correctly.

The Tennessee Court of Appeals has 12 judges who hear cases in Jackson, Knoxville, and Nashville on a rotating basis.

What about the Tennessee Supreme Court?

The Tennessee Supreme Court is under no obligation to review a civil case, and requests must be made by filing a petition (called a “writ of certiorari”).

Choosing a venue for your personal injury case

Once you’ve determined the appropriate court system for your lawsuit, you’ll need to decide the proper venue.

The term “venue” refers to the geographic location of the court. In most personal injury lawsuits, you can file your lawsuit:

In this example, you could either file your lawsuit in the Davidson County Circuit Court (where the accident occurred) or the Cheatham County Circuit Court (where the defendant lives). You cannot file your lawsuit in Blount County (where you live), in a general sessions court (your damages are too high) or a federal court (you don’t have complete diversity and no federal laws were violated).

It may seem like the plaintiff should be able to file a lawsuit where they live, but unfortunately they can’t unless the accident occurred there or the defendant also lives there. This is because venue laws are in place to prevent defendants from getting dragged across the country by plaintiffs.

Ready to file your lawsuit? Contact an experienced personal injury attorney to make sure you’re headed to the right courthouse.