Table of Contents + show
Find out why lawyers are called esquire and why this hasn’t always been the case
What does the term esquire mean?
Can anyone use the term esquire?
What other terms are used to refer to legal professionals?
Lawyers in the United States may be called esquire, but there are some do’s and don'ts when using the term.

At times it can seem like attorneys make up words just to confuse the general population. But the term esquire (often abbreviated as Esq. and appended to the last name of an attorney) has been around for centuries. In fact, the term originally had nothing to do with attorneys or the law.

Let’s take a look at the history of the word esquire and how it’s used by most people today.

What does the term esquire mean?

In the United States, the term esquire is a title of courtesy given to a lawyer. The term is often abbreviated and appended to the lawyer’s surname when addressing the lawyer in written form. For example: Jane Doe, Esq.

The word esquire can be traced back to the Latin scutarius, which meant “shield-bearer.” Thus, the term was originally used to draw a distinction between shield-makers (slaves) and shield-bearers (freemen). By the middle ages, scutarius had given rise to the French word esquire and was used as a title of dignity to describe a person above a gentleman and below a knight.

Sometime in the sixteenth century, esquire became an umbrella term for the holders of various prestigious offices, including justices of the peace, sheriffs, and sergeants.

Over time, the term became more and more popular among lawyers. Although there is no authority that reserves the title for lawyers, esquire is used today in the United States almost exclusively to refer to lawyers. In fact, some states have gone as far as to hold that the use of esquire by a non-lawyer amounts to the unauthorized practice of law.

In England, the term doesn’t carry the same professional meaning as in the United States. Rather, it’s mostly an obsolete courtesy title appended to a man’s name when he has no other title.

How did the magazine Esquire get its name?

The popular magazine Esquire has nothing to do with attorneys or the law. So why is the magazine called Esquire?

In November 1932, publisher David Smart and editor Arnold Gingrich sought to create a magazine that focused on “masculine interests.” They rejected the names Stag, Beau, and Trim. At a loss, Arnold Gingrich received a letter one morning addressed to Arnold Gingrich, Esq. Arnold liked the sound of the word esquire, and Esquire magazine was born.

Can anyone use the term esquire?

You can safely use the term esquire to refer to any attorney. Although it’s technically appropriate to refer to an attorney as esquire in conversation (“Hello, is this Bill Smith, esquire?”), the term is typically reserved for use in formal writing.

Notably, it is incorrect to use the title with any other title:

Whether or not you can use the term to refer to yourself is a bit more complicated. Technically, esquire is an honorific designation to be conferred on others, not oneself.

It is not proper etiquette to use “Esquire” or “Esq.” to refer to oneself. Tweet this

To help drive this point home, here is a short test:

Samantha Robinson just graduated from law school and passed the bar. She wants to have business cards made. Which of the following is the correct name for her business cards?

H. All are correct

The answer is (G) because the term esquire is not used to describe oneself.

Practically speaking, however, lawyers commonly refer to themselves as esquires in books, magazines, business cards, letters, and online. Clients and prospective clients aren’t likely to bat an eye if you follow suit.

If you’re not a licensed attorney, it’s probably best to avoid using the term to describe yourself. In some states, the use of the term esquire by a non-lawyer may amount to the unauthorized practice of law, which is a crime that can result in significant jail time.

Intent on using the term esquire to describe yourself? There are five steps you need to complete to become an attorney:

Enjuris tip:To learn more about becoming a lawyer, including tips on choosing a law school and books you should read before you start law school, visit our student center.

What other terms are used to refer to legal professionals?

Esquire is a perfectly acceptable term to use, just be sure to use the term properly. In the meantime, here are some other articles about legal terms you should know: 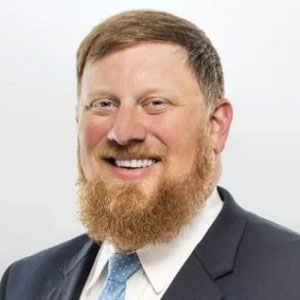 What is your role in the attorney-client relationship?

I think it is appropriate that attorneys are called by many names. The one that I identify with most is counselor. Although most of the time, attorneys are there to solve problems, there are times when just listening to a client and what they are going through is the most helpful thing we can do.