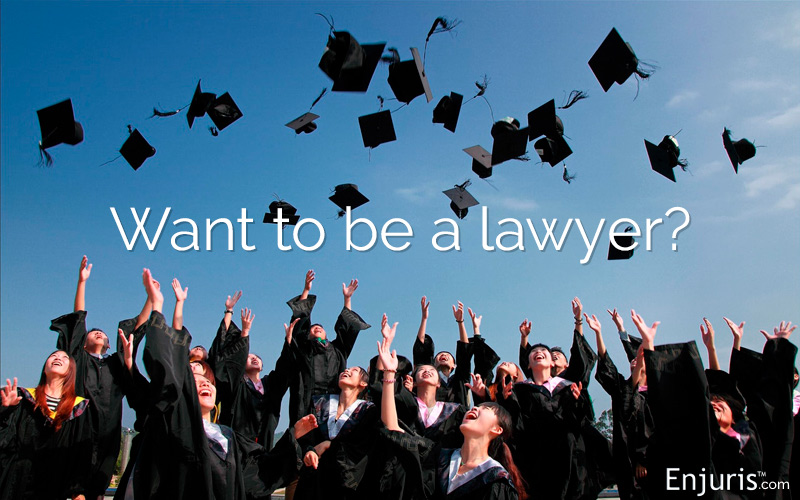 Learn how to become an attorney in the United States

Table of Contents + show
Learn how to become an attorney in the United States
Step 1: Obtain an undergraduate degree
Step 2: Take the Law School Admissions Test (LSAT)
Step 3: Apply to law schools
Step 4: Complete law school
Step 5: Pass the bar exam
Though there are several paths to becoming a lawyer, there are 5 general steps that must be completed to become an attorney.

American humorist Will Rogers once famously said that “the minute you read something you can’t understand, you can be sure it was drawn up by a lawyer.” Will Rogers might be surprised to learn just how long it takes to develop the skills necessary to write in a manner that only confuses people.

Law schools want well-rounded students. Therefore, most law schools don’t require you to study a particular subject (such as pre-law) as an undergraduate. In fact, there’s some evidence that law schools prefer students who major in areas other than pre-law.

With that said, lawyers who are interested in becoming intellectual property attorneys should strongly consider developing a technical background (for example, by majoring in engineering, chemistry, biology, physics, or computer science).

There’s at least 1 ABA-approved law school (Western Michigan University Thomas M. Cooley Law School) that will admit “exceptional students” who have not earned a bachelor’s degree. However, the school warns that many state bar associations will not allow a student without a bachelor’s degree to take the bar exam.

Enjuris tip: While working your way through college, it’s a good idea to find out the minimum GPA of applicants accepted by your law school of choice.

The LSAT is a standardized test administered several times each year by the Law School Admission Council (LSAC) at testing centers around the country.

You can enter your GPA and LSAT score into the LSAC calculator to predict your likelihood of admission to each ABA-approved law school.

Enjuris tip: In order to apply to law schools in your senior year, you must take the LSAT during the summer between your junior and senior years of college (or in the fall of your senior year). Read more about the ideal timeline for a law school applicant.

Based in part on your LSAT score and GPA, you’ll need to decide on and apply to law schools.

There are a number of considerations that go into choosing which law schools to apply to, including:

Facing factsDid you know women attend certain law schools much more than others? To learn more, read our report on where women go to law school.

When applying to law school, most law schools will require the following information:

Enjuris tip: The majority of states require a degree from an ABA-accredited law school in order to take the bar and practice law (only California, Vermont, and Virginia don’t have this requirement). What’s more, graduates from unaccredited law schools have lower bar passage rates, lower starting salaries, and lower employment on average.

Under the ABA rules, a law student must complete no fewer than 83 credit hours in order to graduate from an ABA-approved law school. At least 64 of these credit hours must be in courses that require attendance in regularly scheduled classroom sessions or direct faculty instruction.

Additionally, these 83 credit hours must be completed no earlier than 24 months and, except in extraordinary circumstances, no later than 84 months after the student has begun law school. Accordingly, it will take law students anywhere from 2–7 years to earn their J.D. (with most students completing law school in 3 years).

In The News: You may have seen the recent news reports about Kim Kardashian West announcing that she’s studying for the California Bar Exam — despite the fact that she doesn’t have an undergraduate degree or a law degree. She’s only able to do this because California allows applicants to sit for the bar exam without an undergraduate degree or a law degree so long as the applicant has met certain requirements (completing a certain number of undergraduate credits, passing a pre-bar exam, and completing an approved 4-year legal apprenticeship).

Before you can practice law, you’re required to pass the bar exam of the state in which you want to practice.

So, what’s the bar exam?

The bar exam is administered through the Board of Bar Examiners of the state in which you’re applying.

Though the testing can vary from state to state, the most common testing configuration consists of a 2-day bar exam involving the following components:

In addition, you must complete an extensive character and fitness application and investigation.

No matter what law school you ultimately decide to attend, Enjuris wishes you the best of luck with your investment!