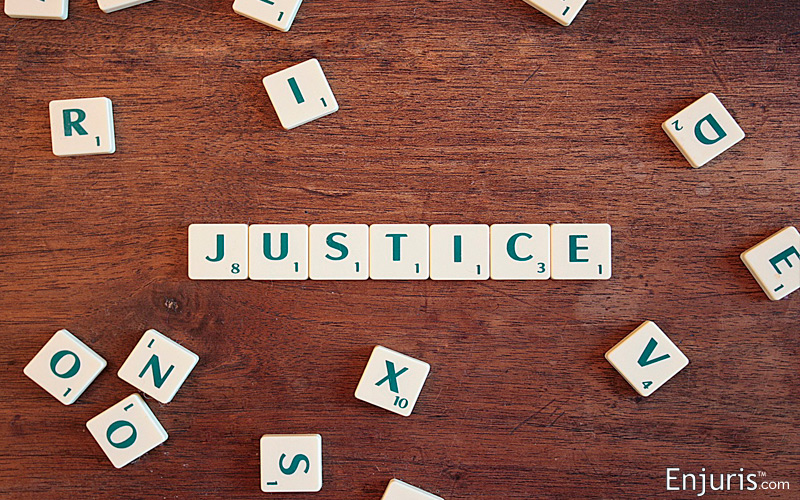 The law has a language all its own. Here are some of the most common legal terms and definitions every 1st-year law student needs to know.

One of the reasons law school is so challenging is that lawyers talk differently. There are a whole host of words you’ll hear for the 1st time once you start law school. To make matters worse, some of your professors are so used to throwing around these words that they won’t slow down and explain what they mean.

Fortunately, Enjuris is here to help. The following defined terms are intended to provide 1st-year law students with a basic understanding of common legal terminology.

Enjuris tip: The following terms are intended to help you through your 1st year of law school. Obviously, there are additional legal words and concepts that you’ll need to become familiar with throughout law school. To this end, we recommend keeping a copy of Black’s Law Dictionary by your side.

To reduce, diminish, or entirely destroy.

To cancel or revoke.

To be adjacent to.

Shorthand for “cause of action”; a lawsuit.

Latin shorthand meaning “for this purpose only.” For example, an ad hoc attorney is an attorney hired to handle 1 problem.

Abbreviation for “alternative dispute resolution,” which refers to the settling of
legal disputes by means other than trial. The 2 most common forms are arbitration and mediation.

Judicial decisions go through 3 stages of being printed: slip opinions, advance sheets, and a final bound reporter. Advance sheets are thin books comprised of several recent cases. The citations to the cases are generally what they will be when they appear in the final hardbound reporter (which is published when the publisher has enough cases to make a full volume).

A defense which, if proven, will negate criminal or civil liability.

A party that’s not involved in litigation but gives expert testimony when the court asks. The party can support public interests not being addressed in the trial.

A version of a code which, in addition to the language of the law, contains references to law review articles, other relevant regulations and statutes, and summaries of relevant cases.

The formal written statement by a defendant in a civil case that responds to a complaint.

For the sake of argument.

Good faith (e.g., a bona fide purchaser is an individual who purchases in good faith for value).

Latin term meaning “let the buyer beware.” Stands for the principle that the buyer alone is responsible for checking the quality and suitability of goods before a purchase is made.

Latin term meaning “to be informed of.” It’s also the name given to certain appellate proceedings for re-examination of actions of a trial court or an inferior appeals court.

The abbreviation for “Code of Federal Regulations,” the codified subject arrangement of current regulations issued by agencies of the federal government.

Compensation imposed by the law to one who has suffered harm due to another’s wrongdoing.

An objection expressing the point that even if the facts as stated are true, their legal consequences don’t require that the action proceed further.

Observations or opinions by a court stated in a decision that are extraneous to the case and carry no precedential weight.

A principle which provides justice when ordinary laws may be inadequate.

A proceeding brought before a court by 1 party only, without notice to or challenge by the other side.

The 1st, 2nd, and 3rd series of the Federal Reporter, respectively, which is the reporter for opinions of the federal court of appeals.

The Federal Supplement is the reporter for published opinions of the federal district courts.

An individual to whom a transfer or conveyance of property is made.

An individual who conveys or transfers ownership of property.

A slang term used to describe a law student who is competitive and routinely exceeds minimum requirements. Often, a gunner compromises their peer relationships or reputation in order to obtain recognition and praise from their superiors.

A writ requiring a person under arrest to be brought before a judge or into court to determine if their detention is lawful.

Editors of published case reports include with the opinions a series of very brief summaries of the major issues. In Westlaw, the headnotes include the topic and key number, and contain the same language as the digest summary of the case.

An order issued by the court requiring a person to refrain from doing a particular thing. For example, a judge may order that a construction company cease building an apartment complex until a hearing can be held.

Any ruling or decision of a court.

Treatises or secondary sources written primarily for law students. Hornbooks generally set forth the basic established principles of law and explain how the law has developed.

Latin term meaning “against or about a thing,” referring to a lawsuit or other legal action concerning a piece of property.

Provisional and not intended to be final. This term is generally used to describe court orders that are temporary.

Term used to describe a situation where a person dies without leaving a valid will.

Latin term meaning “by the fact” (e.g., a lawyer who challenges well-established models is not ipso facto mistaken).

The official decision of a court finally resolving the dispute between the parties of a lawsuit.

The formal and technical language of legal documents.

Latin term meaning “a suit pending”; generally a lis pendens is filed with the clerk to indicate that a piece of real property is subject to a lawsuit.

A principle of law accepted by more than half of the jurisdictions in question when there’s no uniform principle.

A formal request to a court asking the court to answer a legal question or take some action.

Official proclamation by a court generally defining a relationship or ordering that something be done.

Oral as opposed to in writing (e.g., the parol evidence rule prohibits the introduction of oral evidence to contradict a subsequently executed written contract).

An existing opinion, usually published, which because of its similar facts and legal issues, serves to guide a court in the case before it.

A cause of action sufficiently established to justify a favorable verdict if the other party to the action doesn’t rebut the evidence.

A Latin term meaning “as much as it’s worth.” A claim in quantum meruit is usually an action to recover the reasonable value of services rendered by one party to another.

A hypothetical “everyman”; a person of average intelligence and reason.

Court opinions form a particular court or group of courts are published in books referred to as reporters. Reporters may be official or unofficial.

Possession coupled with the right of possession.

The legal principle of determining points in litigation according to precedent.

A law written and approved by the federal or state legislature.

A compilation of laws sponsored by the National Conference of Commissioners on Uniform State Laws and proposed to all state legislatures for their consideration and adoption. Some uniform laws are passed by a few states, others passed by all states, and some passed with minor changes.

Abbreviation for the “United States Code”; the official version of the federal statutory code.

Looking for more information to help guide you through your law school experience? Check out the Enjuris student center.