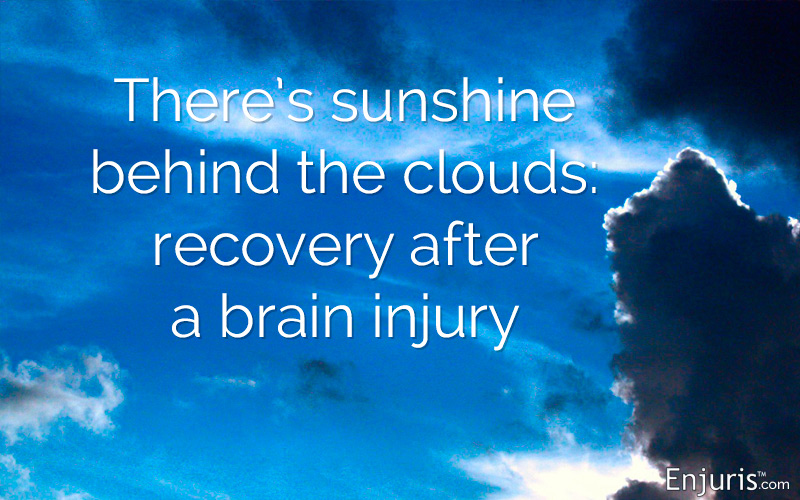 Table of Contents + show
A personal injury lawsuit can be your lifeline to covering costs for a lifetime of care
What is TBI?
Common causes of TBI
Age and risk factors for TBI
Understanding different types of traumatic brain injuries
Symptoms of TBI and serious head injuries
Caring for someone with a TBI
Head and brain injuries at work
Negligence and TBI
A traumatic brain injury is stressful enough, just looking ahead at the long road to recovery, without worrying about how you’re going to pay for that level of care. If your injury was because of a car accident, slip and fall, or something else that’s the result of someone else’s negligence or breach of duty, you have legal rights. See what you can do to recover costs.

We've all gotten a good head-bump here and there. Maybe you've even seen stars, like in the cartoons. Or perhaps you got a bump that swelled up like a giant egg. It happens.

But even though those cartoon characters can be beaten flat with a frying pan to the head, or dumped on their skulls from a 15-story building and pop right back up, unfortunately it doesn't work like that in real life.

A traumatic brain injury (TBI) is a bump, blow, or jolt to the head that disrupts the normal function of the brain. Of course, some head bumps are mild and leave you with a bruise that heals in a few days. Even if a bump is a TBI, it could be mild and resolve in a short time—most people know that injury as a concussion.

Here are the most recent statistics on TBI from 2014, according to the Centers for Disease Control and Prevention (CDC):

Here's a look at what causes TBI: 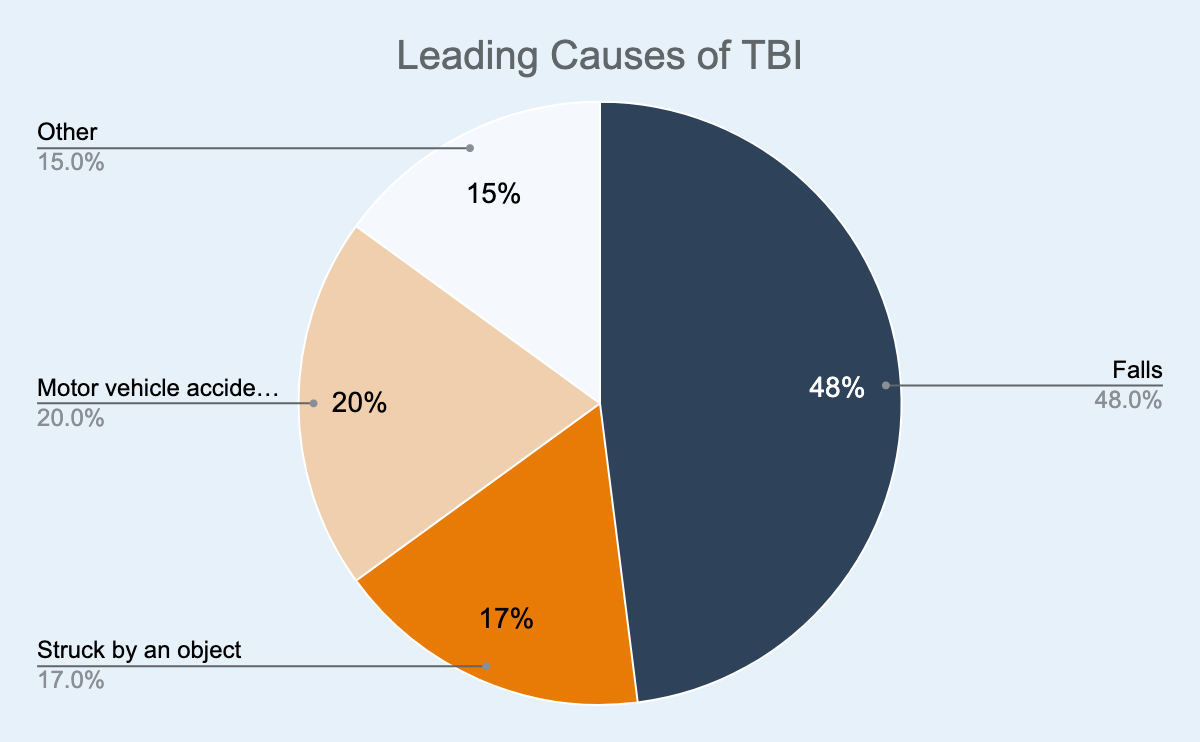 Facing factsAccording to the Missoulian, Montana has the 3rd highest traumatic brain injury deaths in the nation, most of which are from car accidents. TBI is the leading cause of death for Montana residents under 34 years old. In 2014, 48% of emergency visits for TBI among children were caused by falls, along with 81% (4 in 5) of TBI emergency visits for adults over 65 years old.

Traumatic brain injuries and head trauma can be caused by:

Your brain can also be injured in ways that are not related to a traumatic event or hit to the head. These causes include:

Age and risk factors for TBI

Facing factsA motor vehicle accident is the leading cause of death related to TBI in people between the ages of 15-34 and over 75.

We've now seen a laundry list of what causes TBI and who's at the highest risk. We talked about bumps and jolts.

But what, exactly, is a TBI, and what does that mean? Here's some examples about the effects of TBI on the brain:

The Montana Brain Injury Alliance offers a list of symptoms and changes that might happen with a brain injury:

Caring for someone with a TBI

Your loved one's medical providers will give you a list of specifics based on the nature and severity of the injury. Most importantly, they'll need lots of rest and to be protected from a second impact to the head.

But what if you're in a position to advocate for their legal and financial needs, too?

Unfortunately, the hospital won't send you home with a list of instructions for that.

If your loved one was in an accident that resulted in a TBI, you might want to begin exploring legal options.

Here's one example of a Montana lawsuit involving a TBI:

Montana is a modified comparative fault state, and this can affect your head or brain injury case.

For example, in Robert Back's lawsuit described above, if Robert and his father (also a plaintiff) were found to be liable in any way for his injury, their damage award would be reduced. So, if they were found to be 30 percent liable, they'd only be eligible to receive 70% of the total damages. Since Montana is a modified comparative fault state, if they were 51% liable or more, they wouldn't receive any damages in the lawsuit.

<a href="https://www.enjuris.com/personal-injury-law/shared-fault-rules/" target="blank"><img src="https://www.enjuris.com/wp-content/uploads/2022/10/fault-systems-by-state-2022.gif" alt="Fault Systems by State" title="Fault Systems by State" style="width: 100%; max-width: 987px; display: block; margin: 15px auto;" /></a>
Enjuris tip: The legal wranglings in a medical case can be complex, and especially if you're managing a loved one's care at home. In such cases you're probably going to need the assistance and guidance of a Montana personal injury lawyer.

Head and brain injuries at work

If the TBI happened at work, Montana workers' compensation insurance should cover the expenses associated with a catastrophic injury.

A workers' compensation settlement can cover expenses associated with:

If the injury is not job-related, you might need to sue the negligent party. Your damages can be assessed for each of the above costs, and in a civil lawsuit you can also recover damages for pain and suffering.

Your lawyer will help you navigate the legal system. They'll advise you on the best course of action in your situation. You can start by asking your lawyer the following questions:

For additional help, here's a list of TBI and head injury resources in Montana and nationwide: