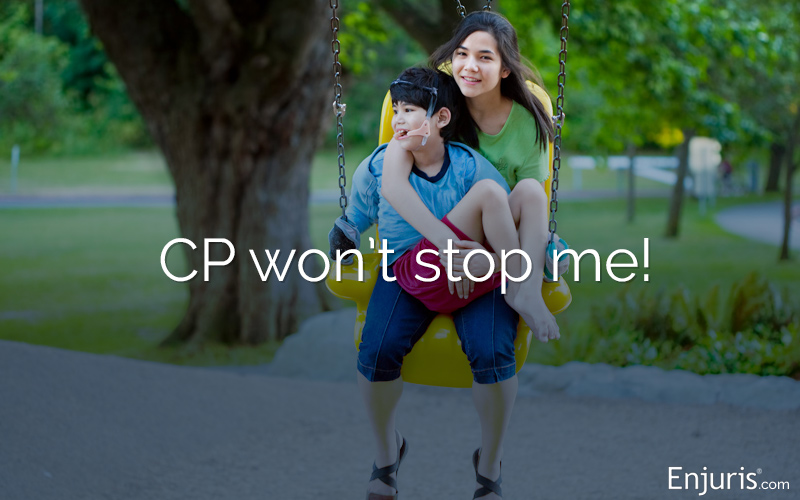 Cerebral palsy (CP) is the most common motor disability in children. Studies from around the world show that roughly 3 out of every 1,000 children develop the disorder.

In many cases, cerebral palsy can’t be prevented. But in other cases, the disorder is caused by the negligence of healthcare providers.

In this article, we’ll take a close look at cerebral palsy and help you determine if a birth injury lawsuit is appropriate.

What is cerebral palsy?

CP refers to a group of disorders that impact a person’s ability to move and maintain balance. All people with CP have problems with movement and posture, but many also have other conditions, including intellectual disabilities, seizures, problems with vision, problems with hearing, and problems with speech.

There are 3 types of CP:

SCP is the most common type of CP (affecting approximately 80% of people with CP).

People with SCP have increased muscle tone, which results in stiff movements. There are 3 types of SCP:

People with DCP have problems controlling the movement of their hands, arms, feet, or legs. Sometimes their face and tongue are affected and they have difficulty sucking, swallowing, and talking.

DCP can be present in one part of the body (known as “focal dystonia”) or throughout the whole body (known as “generalized dystonia”). Regardless, the involuntary movements associated with DCP become particularly noticeable when the person attempts to move.

ACP is the least common type of CP. ACP is characterized by poor balance, coordination, and depth perception. Roughly 5% of people who have CP have ACP.

CP is caused by damage or abnormal development in the parts of the brain that control movement.

For the majority of children with CP, the damage or abnormal development occurred before, during, or shortly after birth. CP that is present from birth is called “congenital CP” and can be caused by any of the following:

A small percentage of people with CP develop the disorder more than 28 days after birth. This type of CP is called “acquired CP” and can be caused by:

What’s more, the exact causes of CP, in many cases, are unknown.

Facing factsIn a recent survey, 76% of obstetricians in the United States reported having faced litigation at some point in their careers. Sixty percent of malpractice insurance premiums paid by obstetricians cover lawsuits for alleged birth-related CP.

In order to establish a medical malpractice claim in most states, you need to prove that:

Real Life Example: In Tennessee, a teen was awarded $15.1 after he filed a lawsuit against the Fort Campbell Army Hospital.

In the lawsuit, the mother of the teen alleged that she was not fully informed of the dangers of a vaginal delivery given her medical history, small stature, and recency of her last pregnancy.

“It’s heartbreaking to know I went into the hospital with a healthy son and that his injuries never should have happened,” the boy’s mother said. “I’m grateful Judge Trauger awarded enough to fund my son’s life care plan and to compensate him for his disabilities.”

What damages can be recovered in birth injury cases?

Damages are intended to compensate a person for the losses associated with their injuries. In CP cases, these losses can be significant.

Facing factsAccording to a study published in 2003, the per-person lifetime cost estimate for a person with CP is $921,000. Adjusted for inflation, that number rises to $1.3 million in 2020.

Most states allow people with CP to recover economic and non-economic damages:

Additionally, some states allow punitive damages if the defendant’s actions were particularly egregious.

However, you should be aware that many states place caps on the amount of damages you’re allowed to recover in a medical malpractice lawsuit.

To help ensure you receive the damages you deserve, keep track of all the CP-related medical expenses, as well as the day-to-day impact of the disorder:

Statute of limitations in CP cases

But as is generally the case in the law, it’s not quite as simple as it sounds.

For example, the statute of limitations is generally much shorter if you’re suing a government entity (such as a government-run hospital).

Do I need a birth injury lawyer?

CP cases are particularly difficult to litigate without an attorney. To establish a CP claim, you’ll need to prove that someone else caused the CP by acting negligently or failing to act reasonably. Because medical professionals are still unsure about the causes of CP, establishing causation will require the testimony of medical experts.

What’s more, healthcare professionals are represented by insurance defense attorneys who, due to the amount of damages typically awarded in CP cases, are willing to spend a lot of money to derail your case.

The right attorney can help you determine the value of your case and negotiate a fair settlement, or take your case to trial if necessary. Whether or not you ultimately decide to hire an attorney, it’s in your interest to hear one out. Most initial consultations are free.

Ready to meet with an experienced birth injury attorney? Find one in your area using our free online directory.