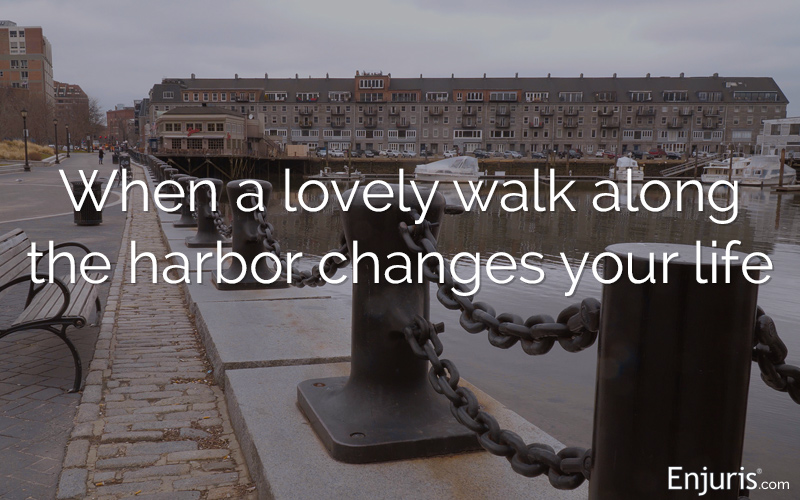 How to handle a lawsuit for a Massachusetts pedestrian accident injury

The Massachusetts Vision Zero Coalition works toward an objective of reaching zero pedestrian and bicyclist injuries across the Commonwealth of Massachusetts. The Vision Zero strategy to eliminate traffic fatalities can help reduce the number of accidents, injuries, and fatalities — but there will always be some.

Here’s a look at the number of pedestrian fatalities over the past few years: 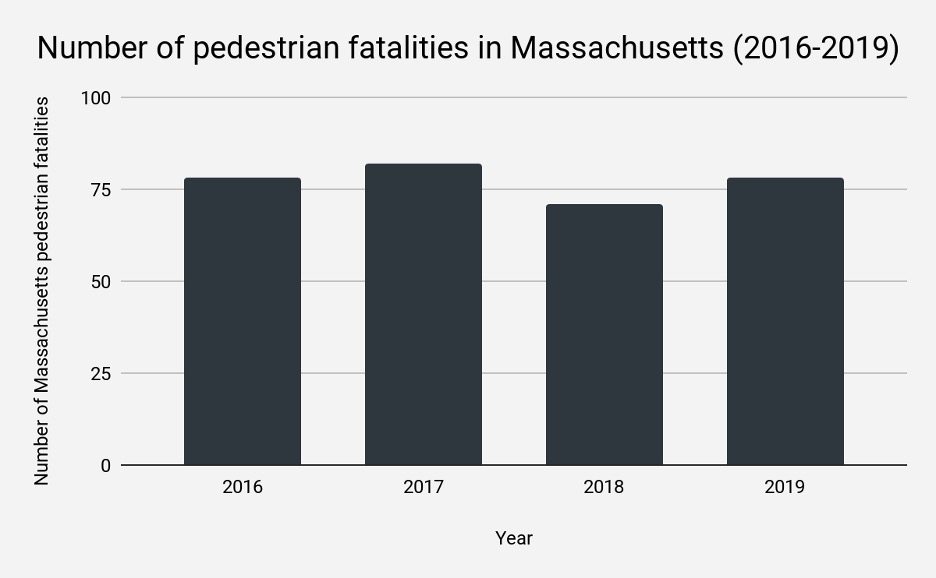 Research presented by the Massachusetts Office of Grants and Research indicates that the majority of pedestrian fatalities from motor vehicle crashes take place between 3pm and midnight, and the highest rate of fatalities is October through December.

Other pedestrian injury risk factors include:

Law enforcement and other experts encourage pedestrians to use sidewalks and crosswalks where available, avoid walking on road shoulders when it’s dark or poorly lit, and avoid unmarked areas for crossing, especially at night. Pedestrians should also wear light-colored clothes or reflectors in order to make themselves more visible to drivers.

What happens if you’re hit by a car and have extensive medical bills? Do you pay for your treatment, or might the driver be liable for your costs?

Unfortunately, the answer is that it depends.

You’ve heard the phrase “the customer is always right” and perhaps that “the pedestrian always has the right of way.” These are similar concepts, and regardless of if you do or do not agree with them in principle, whether you’re “right” as a pedestrian also matters in the eyes of the law.

The pedestrian doesn’t always have the right of way.

You’re not automatically entitled to compensation if you’re a pedestrian who was hit by a vehicle. Not every driver is negligent, just because they’re the driver and you’re walking.

Just like if you’re in a car accident, the injured person can file a lawsuit against the negligent party.

Courtesy is nice, but in Massachusetts it’s also the law.

A pedestrian has the right of way if they are in the path of a motorist approaching a crosswalk or if they’re within 10 feet of the halfway point across the road.

A motorist may not pass a vehicle that has yielded the right of way to a pedestrian, and may not block a crosswalk.

Jaywalking (crossing against the light) is illegal in Massachusetts, but the penalty for jaywalking is $1. That’s correct... $1. After your 4th offense, the penalty doubles to $2.

While you might not be concerned about the cost of racking up jaywalking offenses, the main reason to avoid the practice is that it’s still unsafe, even if the penalties don’t seem like much of an issue.

The fine for jaywalking in #MA is $1 until your 4th offense, at which time it doubles to $2. Tweet this

A pedestrian is required to yield to highway traffic and is only permitted to cross at a corner or crosswalk.

How do you know if someone is negligent?

Negligence is defined through these 5 elements:

Financial loss (also called “damages”) that can be compensated after a pedestrian-vehicle accident includes:

If you’re a pedestrian who was injured in a traffic accident, you can make a claim against the driver’s insurance policy. The insurance might cover some of your expenses, but you might be in a situation where the policy limit is too low to cover all of your costs. If that happens, or if the insurance refuses to cover costs for a negligent driver, the only other way to recover costs is by filing a personal injury lawsuit against the at-fault driver.

Massachusetts follows a modified comparative fault (51%) rule. When determining who’s liable for an injury, the plaintiff (injured person) can only recover damages if they are less than 51% at fault.

If the plaintiff is less than 51% at fault, the amount of damages will be reduced according to their percentage of fault.

Jogger Jeffrey is out for his daily 5am run around his neighborhood. Motorist Milo is in his car, backing out of his driveway. Milo is unaccustomed to being up that early and hasn’t had his coffee yet, but he needs to catch a train for an important meeting.

Milo is admittedly not as alert as he should be as he’s backing out of his driveway onto the sidewalk in front of his home, and he hits Jeffrey as he jogs by, resulting in serious injuries.

The court finds that although Milo was negligent, Jeffrey was 60% at fault for the accident and therefore he couldn’t recover any damages from Milo.

If the court had viewed the evidence differently and found Jeffrey only 40% at fault, he could have received a damage award. If the amount of his medical bills and other expenses was $100,000, the amount he received would be reduced by 40% and he’d get $60,000 in recovery costs.

Not every pedestrian injury is the result of being hit by a car. You could trip or slip and fall or experience some other type of injury that’s not vehicle-related.

These kinds of accidents might lead to a premises liability claim, which is when your injury is the result of a property defect and not necessarily a person’s behavior.

There are also accidents that could happen with a car but that aren’t the driver’s fault — for instance, poorly designed traffic patterns, poorly placed turn signals or traffic signs, faulty and non-functioning traffic signals, traffic signals hidden by trees or other obstructions, or poor street lighting. These types of accidents could also be part of a premises liability claim.

How to handle a claim against a government agency

For any type of personal injury claim, the first question is who you need to sue. After all, you can’t file a lawsuit if you don’t know who’s responsible for your injury.

As a pedestrian involved in a premises liability claim, you might need to file a lawsuit against a government agency if your accident happened on public property like a sidewalk or roadway.

Usually, roads and sidewalks are maintained by an agency of the state or municipal government. Suing a government agency is procedurally a little different from a lawsuit against a private person or company. First, while a regular personal injury lawsuit in Massachusetts has a 3-year statute of limitations (the amount of time you have from the date of the injury to file a lawsuit), you must file a notice of claim against a government agency within 30 days of the accident. You also must make an official claim within 2 years.

Once your written damage claim is approved, you can file an official complaint. There are additional procedural issues associated with claims against a government agency in Massachusetts, so your best bet is to consult a lawyer for assistance.

Enjuris tip:The other driver might feel terrible about what happened, especially if they were at fault. The person might apologize and offer to pay out-of-pocket for your damages — and maybe they will. But you still need to get a police report.

It doesn’t necessarily mean the person will face any charges, especially if they weren’t violating any traffic laws. But don’t let them convince you that a police report isn’t necessary. It’s your right (and for your own protection) to get one.

The Enjuris personal injury directory can guide you to a Massachusetts personal injury lawyer who can minimize your liability if necessary and seek the highest possible amount of damages for your injuries.