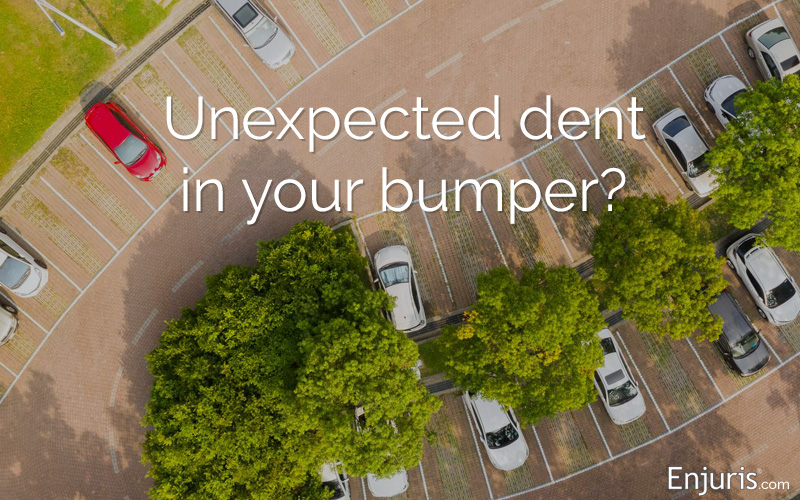 Don’t get sidelined by a hit-and-run driver

When you’re involved in a car accident, you could be a driver, pedestrian, or bicyclist. Usually, the involved people will exchange information after a collision so that they can later sort out insurance coverage and payment.

But a hit-and-run is different.

A hit-and-run accident is when the driver who caused the crash leaves the scene or fails to provide their information to the injured person. While your first and most important concern after any accident is likely your (or your passengers’) physical well-being, later you will probably start thinking about who covers costs for your medical care and other related expenses.

If you don’t know the identity of the person who hit you, it becomes quite challenging to collect money for the accident — because how do you file a lawsuit or insurance claim if you don’t know who to make the claim against?

Fortunately, there are ways to collect insurance payments following a hit-and-run accident. There are also ways your car accident lawyer and the police can identify the driver, even if you’re not able to do so yourself.

Facing factsAccording to Kentucky State Police, there were 12,682 hit-and-run crashes reported in 2018. Of these, 17 were fatal collisions and 960 were injury collisions. The largest percentage of hit-and-run collisions (43%) occurred on city streets, followed by 24% on state routes, and 14% on U.S. routes.

The Commonwealth of Kentucky is a no-fault jurisdiction. That means in a “regular” car accident with 2 drivers, each would make a claim to their own insurance policy, rather than the other driver’s insurance.

Every driver is required to have Personal Injury Protection (PIP) insurance, which covers your medical treatment and lost wages after an accident. You would only turn to the other driver’s insurance if the amount of your expenses exceeds the amount covered by your PIP policy, or if you’re very seriously injured.

The same is true for a hit-and-run.

If you’re the victim of a hit-and-run, you would make a claim to your PIP policy to have your expenses covered.

Kentucky’s required PIP auto insurance provides coverage if you cause damage to someone else’s car, but you would need to rely on your own optional collision insurance for damage to your own vehicle.

An automobile insurance policy in Kentucky is also required to cover $25,000 per person and $50,000 per accident in uninsured motorist coverage. This insurance is provided by your own policy for a situation where your damages were caused by someone who was uninsured (or underinsured), which includes a hit-and-run.

For insurance purposes, a hit-and-run accident is treated the same as a crash with an uninsured motorist.

If your injuries are more than $10,000 or are severe and permanent, then you might then file a lawsuit for the additional costs.

What if you don’t have insurance?

A pedestrian or bicyclist involved in a hit-and-run accident is a whole different scenario, particularly because you might not have a PIP insurance policy if you don’t drive.

A driver’s PIP policy would cover a pedestrian or bicyclist’s injuries.

But if it’s a hit-and-run, then what can an injured pedestrian or cyclist do?

You would need to use your own health insurance, the same way you would if you had to go to the hospital for a broken leg or any other injury.

However, health insurance doesn’t cover everything.

In general, insurance (PIP or regular health insurance) covers certain expenses with a specific monetary value. It does not cover expenses without a price attached, like pain and suffering, loss of consortium, mental anguish and PTSD that could be related to an accident.

Your only option if you don’t have insurance, or if insurance doesn’t cover the extent of your injuries, is to file a lawsuit against the at-fault driver... if you can find them.

There are a few scenarios that could result in a hit-and-run crash.

If a driver tries to flee, don’t try to apprehend them yourself. Leave it to the police. You don’t know if they’re dangerous in other ways, and you don’t want to be involved in a more serious situation such as a dangerous car chase.

This would apply whether you’re in a car, or if you’re a pedestrian or a bicyclist.

Call the police and provide as much information as possible, including:

If there are witnesses, get their contact information. If you’re near homes, businesses, or in a parking lot, check to see if there are surveillance cameras that might have captured the crash, the driver, or the car. Even if the crash isn’t on video, there could be other clues to reveal the person’s identity.

The driver hits your parked car

Parking lots can be dangerous, in part because drivers tend to let their guard down — they often aren’t as careful in a parking lot as they are on the road.

But a moving car is always risky, and parking lots are no exception to the rule.

If you come out of a store or business (or your home) and find that there’s a dent in your car that wasn’t there before, what do you do?

If your car was damaged and you don’t know by whom, you should still file a police report. Just like any other hit-and-run, the police have ways of identifying a culprit even after they’ve left the scene.

Even if a driver does provide their name and contact information, it’s still considered a hit-and-run if the information is false.

People joke about being “fake numbered”... like when a prospective date gives someone a false phone number so the other person is never able to contact them. The only injury when that happens is someone’s bruised ego or hurt feelings.

But when this happens after an accident, the consequences are much more serious.

Imagine that you were in an accident and dutifully wrote down the name and contact information of the at-fault driver. But when you go to make an insurance claim against the driver, no such driver or policy exists. At that point, there might not be any way to get accurate information or find the person responsible.

Enjuris tip:The possibility of receiving false information is why it’s important to take photos of the car and the license plate. Even if the driver provides a false name and number, they can usually still be found if you have their license plate number.

Ask to take photos of the other person’s license, registration and insurance card. There’s less opportunity for error in writing down numbers and information if you have a photo for reference.

Kentucky law says that a person who is involved in a car accident must remain at the scene to offer aid to anyone injured and provide their contact information and vehicle registration.

A hit-and-run is when a driver leaves the scene after a collision with a pedestrian, vehicle, or fixed object and fails to provide identification or aid. A hit-and-run is a violation even if the driver is not at fault for the accident.

If you collide with an unattended vehicle (a parked car) or property and you can’t identify or locate the owner, you’re required to leave a note with your name, address, and vehicle registration number. You’re also required to report the accident to the police.

Enjuris tip:No one can predict when an accident might happen. It’s a good idea to keep paper, a permanent marker, and a clear plastic zip-fasten bag in your car so that you can leave a note if you need to. The bag would protect a note left under a windshield wiper if there’s rain or snow.

If you leave the scene of an accident, it’s a Class A misdemeanor. This can result in up to 1 year in jail and a fine of up to $500. You might also lose your driver’s license for 6 months.

If the hit-and-run results in death or serious injury, it’s a Class D felony. The sentence for this could be 1 to 5 years in prison and a fine of up to $10,000. It would also include 6 points on your driver’s license and could result in the cancellation of your auto insurance policy.

Defenses to a hit-and-run charge

There are a few ways drivers (or their attorneys) commonly defend themselves against a hit-and-run charge:

What to do after a car accident

...If you caused the crash

Stop. Move your car to a safe spot where it’s out of traffic.

Approach the other driver and check to make sure they are unhurt, along with any passengers. Provide the required information. If anyone is injured, call 911 immediately to get the help they need.

If you’ve hit a parked car, check to see if there’s a way to contact the driver. If you’re in a shopping center or office parking lot, you might be able to have the management page or notify the owner of the vehicle. But if you hit a car in an area where you can’t find the owner right away, you can satisfy the Kentucky requirements by leaving your information in a note on their windshield and making a police report.

...If you’re the victim of a hit and run collision

If you’re on the road and you’re hit by another driver who flees the scene, try to quickly gather as much information as possible that could reveal the driver’s identity.

Pullover to a safe place out of traffic. Write down the license plate number and state, make and model of the vehicle, and even a description of the driver if possible. IF you’re able to safely take a photo or video of the vehicle, that’s another good piece of information.

If you discover that your parked car has been hit and the person didn’t leave a note, call the police to make a report. Law enforcement has ways of tracking down hit-and-run drivers. Similar to a hit and run when you’re aware that it’s happening, getting contact information for witnesses or tracking down surveillance footage can be important.

If the person isn’t going to cooperate, let the police handle it. Call 911 and file a report immediately. You can also try to get the contact information for witnesses if any are available. If you’re in an area where there might be surveillance cameras, ask nearby businesses or residences to preserve the video captured that day until the police have a chance to view it.

Some businesses only retain surveillance video for a short time, so if they aren’t aware that there’s a reason to keep it, it might be automatically deleted. For this reason, be sure to contact them right away.

Get a medical examination

Depending on the type of accident, you might feel fine immediately afterward but then have symptoms that appear days or weeks later. An immediate medical exam will help you to prove that your injuries are related to the car accident.

Be sure to notify your insurance company. Don’t wait to make your insurance claim. Some insurance policies have strict time limits on how soon you need to file a claim or notify them of an accident.

A car accident lawyer will be crucial in a hit-and-run investigation, regardless of whether you’re the driver or a victim. As a victim, your attorney will work closely with experts and police in order to try to identify the culprit because that’s the only way you could file a lawsuit if that becomes necessary.

If you hit a vehicle, person, or property and left the scene, you can be held accountable. You should contact a criminal defense attorney as soon as possible to discuss how to proceed.

If you need a Kentucky injury lawyer, use the free Enjuris law firm directory to find a skilled, competent attorney near you who can help with your claim.