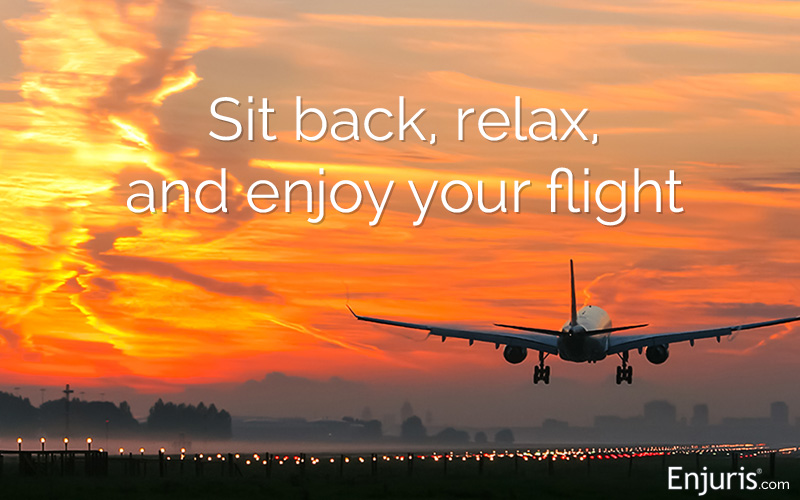 Some aviation accidents happen on the ground, too

We don’t hear much in the news about aviation accident lawsuits.

There’s a reason for that... it’s because although a large plane crash is newsworthy and often results in mass casualties, it’s also very rare. The majority of aviation lawsuits are not related to plane crashes. They are because of injuries that happen because of a slip and fall, injuries related to luggage or cargo, or runway accidents that never make the news.

You might remember a notable tragedy that happened in Kentucky in 2006. On August 27th, 2006, Comair Flight 5191 departed Lexington’s Blue Grass Airport in Fayette County bound for Atlanta, Georgia.

Real Life Example:Just before taking flight, the plane overran the runway and crashed. Tragically, 47 passengers and 2 crew members were killed. The sole survivor was the pilot, though he was severely injured. Most of the victims’ families sued Comair for compensatory damages. All but 1 family settled their lawsuits, but the remaining family was awarded $7.1 million for the death of 39-year-old Bryan Woodward based on a claim of gross negligence as the cause of the crash.

While such tragedies are shocking and devastating, occupants of small private planes are far more likely to suffer crash-related injuries based on aviation statistics. In July 2021, a 2-seater plane crashed in Lexington. In that instance, the plane hit a power pole and the 2 occupants suffered minor injuries.

Real Life Example:The deadliest Kentucky aviation accident was in 1967. TWA Flight 128 was traveling from Los Angeles to Boston with a stop in Cincinnati. It crashed in Kentucky en route to the Greater Cincinnati Airport. Of the 82 people onboard, 70 were killed. The National Transportation Safety Board (NTSB) found at the time that the likely cause of the crash was that the pilots failed to properly check the altitude while approaching at night in bad weather.

You might also recall Air Canada Flight 797, which resulted in 23 fatalities in Kentucky in 1983. The flight, traveling from Dallas to Montreal, caught fire and filled the cabin with toxic smoke. The plane made an emergency landing at Cincinnati/Northern Kentucky International Airport. While 23 people survived, 23 others died of smoke inhalation and exposure to flames. This incident prompted new safety measures, including smoke detectors in airplane bathrooms, strip lights to mark paths to exit, and emergency response instructions for passengers seated in exit rows above a wing.

A pilot is required to have a minimum of 40 hours’ flight experience in order to become licensed. Licensing also includes a medical exam, knowledge test, flight test, and TSA authorization.

When a pilot makes a mistake while flying a plane, it doesn’t always mean they didn’t know how to fly. Sometimes, a mechanical malfunction can be handled mid-flight, but an inexperienced pilot or one who isn’t familiar with that specific aircraft might not be able to successfully and quickly respond to the problem.

Think of it this way:

Have you ever made a mistake while driving a car?

A large jetliner will usually climb to a high enough altitude to avoid a severe storm brewing below. But a small plane doesn’t always have this ability and therefore is much more likely to have problems in bad weather, like poor visibility or a lightning strike that could cause electrical failure.

If a small plane needs to perform an emergency landing in a rural or unprepared area, it could likely do so successfully. But a commercial jetliner likely can’t because of its size and speed. Even experienced pilots are limited if a plane’s equipment fails.

Sometimes, a plane will encounter turbulence or come to a sudden stop on the runway, and even though the plane doesn’t crash, passengers could be jostled or bumped around in the cabin.

You might suffer an injury by bumping your head against the window or a seat. There have also been minor injuries from tray tables that were not correctly secured, or there could even be injuries related to items falling out of overhead storage bins.

Passengers can also suffer injuries from slip and fall accidents on a flight. This could happen while walking to the bathroom, or while boarding or deplaning. The airline staff is responsible for cleaning up any spills or anything that would make the floor slippery, as well as clearing any debris that could cause a falling hazard.

It’s the flight crew’s responsibility to ensure that passengers are not injured from these types of situations, including injuries from food carts and other foreseeable hazards.

Another possible hazard we hear about is injuries from passenger behavior. There are instances when a passenger might become physically aggressive or have an altercation with either another passenger or with a member of the flight crew. The airline can’t control a passenger’s behavior, but liability will hinge on whether the airline took necessary precautions to foresee and prevent an injury.

An airline or airport employee who is injured while performing tasks related to their job could be eligible to receive workers’ compensation benefits. Unlike railroad employees, who are eligible only for Federal Employers’ Liability Act (FELA) benefits, airline employees are eligible for the same workers’ comp benefits as any other worker in any industry.

The likelihood of being injured as an airline or airport employee depends on the nature of your job. A flight attendant or baggage handler is more likely than a ticket agent, for example, to strain their back while lifting heavy items.

A personal injury lawsuit is usually based on suing a person (or company) who caused an injury by negligence. In a plane-related injury, this is most likely to fall into 1 of 2 categories:

What damages are available following a Kentucky plane crash?

Plane crash (or injury) survivors can recover 3 types of damages:

If someone is killed in a plane crash, their surviving family members (the spouse and children or parents and heirs if there is no spouse or children) can recover the following compensation by filing a wrongful death lawsuit:

What is the Aviation Disaster Family Assistance Act of 1996?

In 1994, American Eagle Flight 4184 crashed in a soybean field in Roselawn, Indiana. Families of crash victims were angered by the lack of timely information provided to them after the accident and their activism led to the passage of the Aviation Disaster Family Assistance Act.

Under the Act, the NTSB must carry out a number of duties, such as:

If you were injured in an aviation accident, either as a passenger, employee, or bystander on the ground, you should consult a Kentucky plane accident lawyer to learn your options for filing a claim or lawsuit to cover the costs of your injuries.