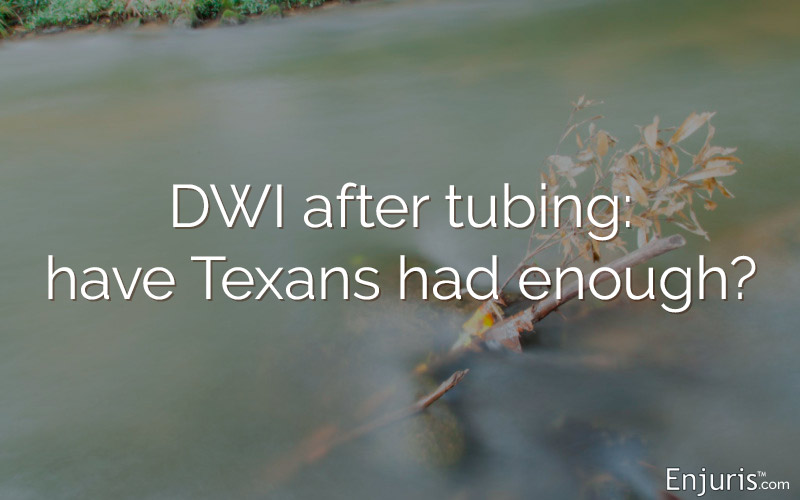 Texas is well known for its hot, dry summers, and one of the ways that Texans like to cool down is to float a local river with a tube.

In South Texas, tubing on the Guadalupe River in San Marcos is a summer tradition. And so is drinking on the river.

Under Texas state law, alcohol is allowed on all rivers in the state. However, there are severe penalties for getting into your car and driving while still drunk.

DWI penalties in this state have become harsher over the years. Generally, the more previous offenses a drunk driver has had and the higher the BAC, the stricter the penalties:

(An ignition interlock is a device which prevents a vehicle from starting if the driver has been drinking. See lifesafer.com for an example.)

A woman driving in San Marcos – Kristian Nicole Guerrero - lost both her unborn child and her husband after an alleged drunk driver slammed into their vehicle head on. San Marcos police stated that the DWI accident happened on State Highway 21 at 6 pm. 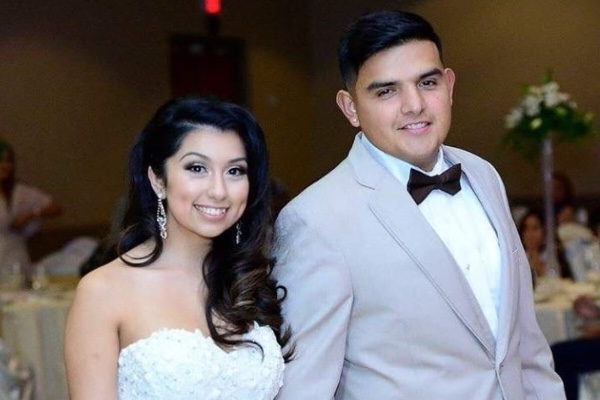 See the gofundme page her family set up.

The alleged drunk driver, Shana Lee Elliott, 21, was driving home after tubing and drinking on the river. She crossed the center line and slammed into Guerrero’s Toyota Corolla.

Witnesses to the crash stated that Elliott was still in her bikini. She was seen rolling a bottle of alcohol under her car. When the Texas state police arrived on the scene, she admitted that she had been drinking beer and liquor on the river with a tube rented from Texas State Tubes.

Elliott was charged for DWI when she was arrested.

But after the husband passed away from his injuries, the criminal charges were upgraded to intoxication manslaughter, which is a 2nd degree felony in Texas. Kristian was taken to a local hospital and she lost her unborn son due to her injuries.

Homeowners who live on the Guadalupe in San Marcos have been complaining for years about drunk driving in their area. Some residents say that from spring break time in March until October – the high season for tubing – river tubing often turns ugly due to the legality of open containers on the river.

One homeowner claimed that she regular sees women going topless, and there even have been reports of people having sex on tubes.

The Caldwell County TX commissioner, Ernesto Madrigal, has told the media that the alcohol problems during tubing season are completely out of hand. He noted in August that during the previous week, the San Marco police had given out 65 citations for DWI, disorderly conduct and minor in possession of alcohol.

In 2015, the state proposed a ‘tube tax,’ which would add up to $3 to rent a tube. The money would be used to pay more police officers to monitor tubers, and to prevent injuries and drunk driving.

Since that terrible day in August, the young woman who lost her husband and child to drunk driving has vowed to fight this scourge that killed 1446  people in Texas in 2014. She said on Sept. 25 that she now ‘considers herself a warrior against drinking and driving.’

Hopefully Guerrero’s case will be a stark reminder for the people of Texas to never drive after drinking. The results can be deadly, and the penalties both criminal and civil can be severe.

The law for drunk driving in Texas can be found in Texas Penal Code Title 10, Chapter 49. This statute defines ‘intoxicated’ in two ways:

For some types of drivers, the BAC limit is lower than that. For instance, any drivers under 21 are not allowed to drive with any amount of alcohol in their system. Those with a commercial driver’s license may not have a BAC higher than .04.

Evidence you are intoxicated

As in most states, Texas law enforcement can use several methods to determine if someone is intoxicated or impaired. Blood, breath or urine can be tested to determine BAC.

However, the police do not need to have evidence that one’s BAC is above the legal limit to charge a person with DWI. Probable cause that you are intoxicated is enough for the police officer to place the person under arrest.

The officer can make observations about your behavior and appearance, the presence or smell of alcohol, or your performance on several field sobriety tests.

DWI crimes that harm others

There are other crimes related to DUI or DWI in Texas that involve harming others:

These criminal offenses are under different statutes in Texas law and the penalties are much more severe. Texas state law also has ‘enhanced offenses,’ which include hurting a peace officer or firefighter when you are intoxicated.

In Texas, if a person injures or kills another person while drinking and driving, he can be held liable in civil court for damages.

The injured party or the surviving family can sue for medical costs, pain and suffering, funeral costs, and in some cases, punitive damages.

Texas also allows drunk driving victims to pursue a civil claim against a bar, restaurant or liquor store that sold alcohol to the drunk driver. This is known as a dram shop liability lawsuit.