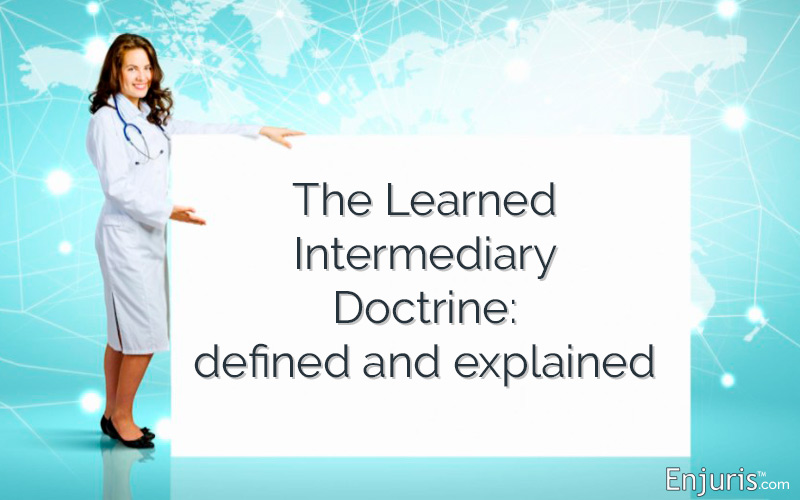 What does the term “learned intermediary” mean, and where does it come from? How does it relate to your health care liability case? This concept was born in an Eighth Circuit decision from 1966 relating to a pharmaceutical liability claim:

Basically, a medical device manufacturer or pharmaceutical company warns doctors — not patients — about the inherent risks of their product. This shifts liability to that doctor, who must then warn patients. This transferal of responsibility is a strong defense for manufacturers, because:

There’s no general consensus as to how or when this defense is applied, and challenges keep cropping up in the court system. There are also notable exceptions to this doctrine, such as vaccines and mass clinics — situations in which physicians are generally not involved as personally with their patients. There’s also an exception for contraceptive devices and medications, as patients who use them are very involved in their own care and use them for years on end.

Some courts are rejecting this doctrine as a whole, especially in this current age of direct-to-consumer medical advertising. New Mexico, for instance, doesn’t accept the doctrine as a defense, and Wisconsin declined to apply it to drug manufacturers because no lower state court had adopted it.

Texas’ lower court, meanwhile, created a new exception in which the doctrine doesn’t apply in cases where the drug manufacturer prepared an informational video for doctors to offer patients (which would normally be a good thing, except in this case, the video didn’t mention any side effects). This was overturned by the Texas Supreme Court on June 8, 2012:

The Court confirmed, for the first time, that the learned intermediary doctrine applies to prescription drugs and held ‘that a prescription drug manufacturer fulfills its duty to warn end users of its product’s risks by providing adequate warnings to the intermediaries who prescribe the drug and, once fulfilled, it has no further duty to warn the end users directly.’ … The court rejected recent decisions criticizing the doctrine and unanimously held that the court of appeals erred in recognizing a direct-to-consumer (DTC) advertising exception to the doctrine, reversing and rendering judgment for the prescription drug manufacturer.

The bottom line: Manufacturers rely on doctors because the products in question require prescriptions. That one step of removal is enough, in most states, to shield them from liability.

Not sure if your health care liability claim is barred because of the learned intermediary doctrine? Talk to an attorney as soon as possible. He or she will be able to put your mind at ease.