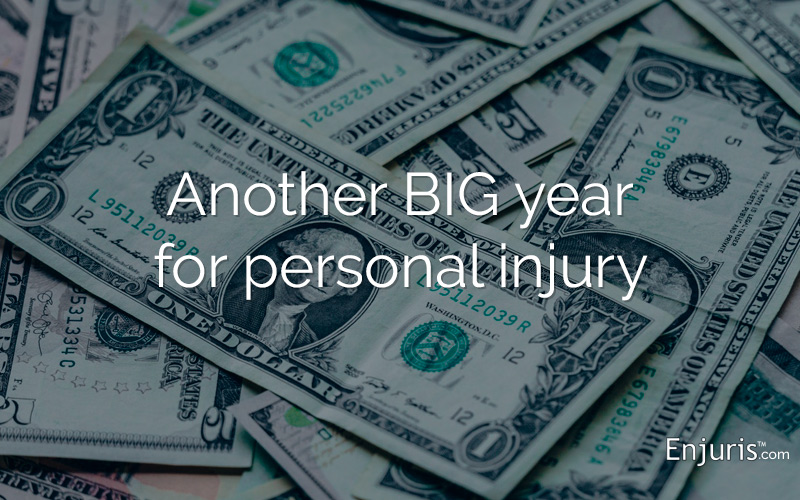 Let’s take a look back at some of the top settlements and judgments in 2018:

The city of Chicago pays $115 million­

The city of Chicago paid $115 million to a woman—and former dance student—paralyzed by a collapsed 750-pound pedestrian bus shelter at O’Hare International Airport. AIG Aviation, one of the city’s insurance companies, paid out the entire settlement, much of which will help pay for round-the-clock care for the woman.

General Motors agreed to pay $120 million to settle claims filed as a result of faulty ignition switches, which cut power in some cars, resulting in the failure of various safety features, including air bags.

A Michigan jury awarded $130 million in a medical malpractice lawsuit initiated by the mother of a 2-month-old child. The infant developed severe brain damage as a result of a negligently inserted IV. According to the lawsuit, the technicians breached the standard of care by repeatedly inserting a needle into the infant’s arm and failing to call a “code blue” when the baby showed signs of respiratory arrest.

In California, a jury awarded a groundskeeper $289 million dollars. The groundskeeper claimed that the glyphosate found in Roundup and Ranger Pro weed killers caused his non-Hodgkin’s lymphoma. The man further claimed that Monsanto knew that its products were dangerous and failed to warn its consumers.

The ruling is expected to lead to hundreds of additional claims against Monsanto.

Enjuris Tip: Want to know how much your case is worth? Use our personal injury calculator to get a rough idea on the value of your claim.

As mentioned above, jury verdicts and settlements are on the rise in many states. If you’ve suffered an injury as a result of someone else’s wrongful actions, consider using our free personal injury law firm directory to find an attorney who can help you receive the settlement or judgment you deserve.